SAND HOLLOW STATE PARK – A jaunt out on the sand dunes at Sand Hollow Friday didn’t end well for one man who had his off-road motorcycle fall on top off him.

A 22-year-old man was out on the dunes with three others riding dirt bikes when the incident occurred prior to 9:20 a.m.

The front of the man’s dirt bike ended up breaking through a hard layer of sand and was caught by the soft sand beneath it, Ranger Stephen Studebaker said. This snagged the bike for a moment while the rider kept going as he was flipped over the handle bar and slammed onto the sand.

The bike followed suit, falling on top of the man.

The man was tended by the others he rode with until rescuers arrived on the dunes. He was then placed on a backboard and taken to an awaiting ambulance for transport to Dixie Regional Medical Center.

“The biggest problem we’ve got right now is a possible back injury,” Studebaker said.

With the heavy rain that hit Washington County Thursday, a top layer of the dunes was packed down by it, Studebaker said. Once the dirt bike broke through that layer the ride was over.

Park rangers, Hurricane Fire and Rescue and members of the Washington County Sheriff’s Search and Rescue team responded to the incident. 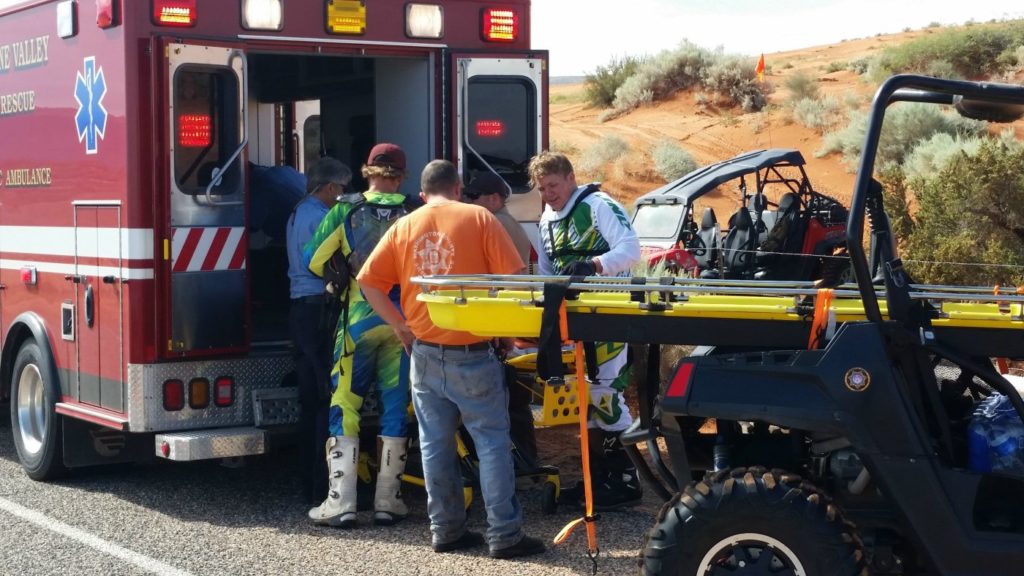 An injured rider is being loaded into an awaiting ambulance following a dirt bike accident on the sand dunes at Sand Hollow State Park, Utah, July 1, 2016 |Photo by Brett Barrett, St. George News 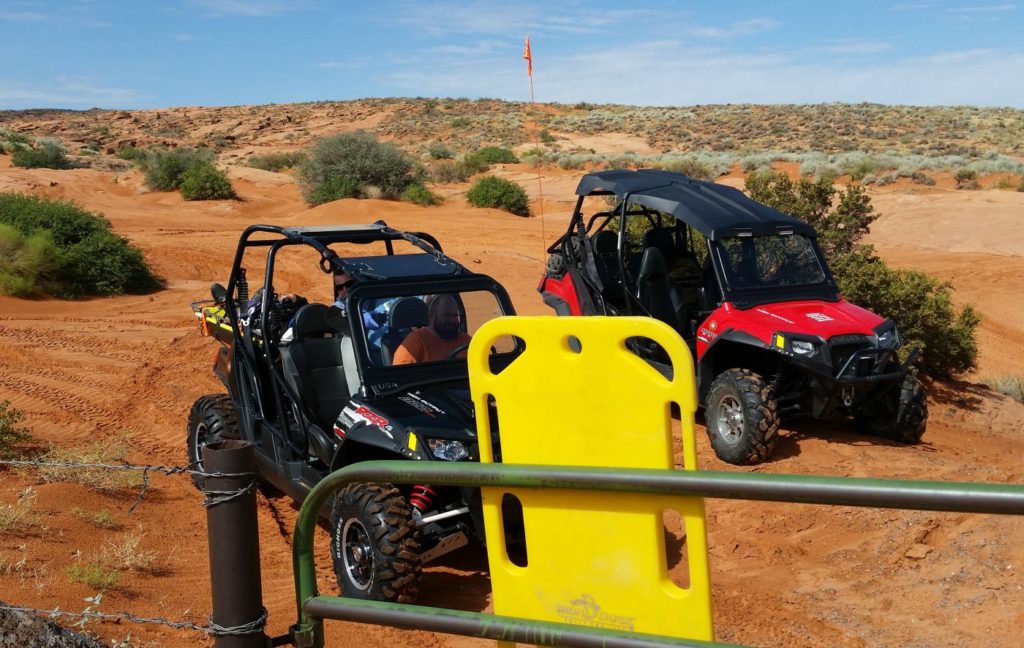 First repsonders taking the injured dirt bike rider to a waiting ambulance at the bottom of the dunes. The rider is strapped to the backboard on the back of the ATV, Sand Hollow State Park, Utah, July 1, 2016 |Photo by Brett Barrett, St. George News 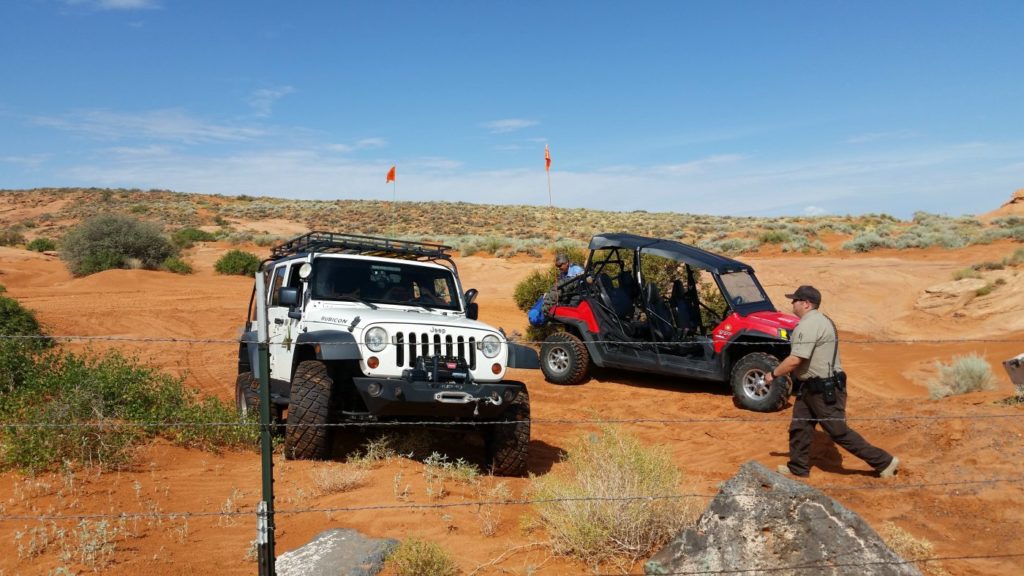 Rangers and others respond to the report of an injured dirt bike rider on the sand dunes at Sand Hollow State Park, Utah, July 1, 2016 |Photo by Brett Barrett, St. George News 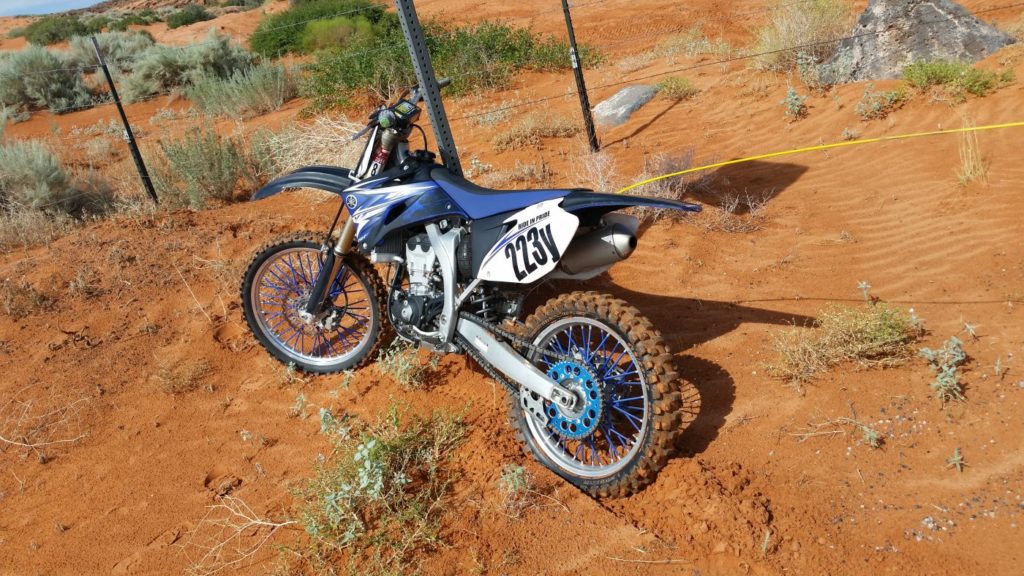