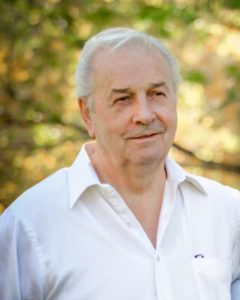 Clare Sherry Ellingson, age 81, returned peacefully to his Heavenly Father on June 26, in Cedar City, Utah. He was surrounded in love by some of his children, grandchildren and his best friend and beautiful wife of almost 58 years, June.

Clare was born in Lethbridge, Canada, on Jan. 11, 1935. He served a 2½ year mission for The Church of Jesus Christ of Latter-day Saints in Norway. Afterwards, he attended Brigham Young University, where he met and married June Nythel Dudley on July 11, 1958, in the Idaho Falls Temple. He received his Bachelors of Arts in Economics and Statistics from BYU. He has had the blessing and opportunity to call many places in the world his home, including Calgary, Alberta; Sydney, Australia; Provo, Utah; Las Vegas, Nevada; and most recently Cedar City, Utah.

Clare never had a stranger in his life. Within minutes of meeting Clare for the first time, he would discover a friend, relative or interest in common that would lead into a conversation. He could make you feel like you’ve known each other for decades, and he always had a joke or two to work into every conversation. A huge aspect and less known trait of his life were his humanitarian efforts and love for his fellowman.

Along with his wife, he would quietly spend countless hours preparing and serving meals to the homeless and providing them with socks and blankets. He also served as a Chaplain in the Indian Springs Prison and, along with June, as Addiction Recovery Missionaries in Las Vegas, Nevada, and Cedar City, Utah. He will be remembered for his love of singing and never being able to hear a hymn without either joining in or humming along. He loved woodworking and poetry, and he was also known for his super human strength in arm wrestling.