ST. GEORGE – As of Monday afternoon, over 200,000 ballots have been processed ahead of Tuesday’s primary election. The overwhelming majority of those ballots were mail-in ballots.

Around 16 percent of Utah’s registered voters – 201,152 – have either voted by mail or voted in person during the two-week window for early voting. Twenty of 29 counties opted for a vote-by-mail primary exclusively, and thus far 193,717 mail-in ballots have been processed in comparison to the 7,435 ballots cast at in-person polls, according to the Lt. Governor’s Office.

This year’s voter turnout has already surpassed the 2014 primary election that drew out 12-13 percent of the state’s registered voters.

“A lot of voters have indicated they like to get their ballots in the mail,” said Justin Lee, deputy elections director in the Lt. Governor’s Office.

Getting the ballot in the mail allows people to take the time to investigate the candidates and initiatives thereon, Lee said. This contrast to showing up at the polls and possibly voting, or not voting, for or against people and ballot initiatives the voter may not have been aware of previously.

The mail-in ballots are also more convenient for people who may not be able to reach the polls for various reasons in person, Lee said.

For everyone else who will be hitting the polls Tuesday, they generally open at 7 a.m. and close at 8 p.m. Polling locations can be found via the Vote.Utah.gov website.

A form of state-recognized identification is required to be able to vote. This can typically be a driver’s license or a state-issued ID. A list of other forms of ID and documentation acceptable at the polls can be found here.

Possibly the biggest race for the Republicans in Utah is between incumbent Gov. Gary Herbert and challenger Jonathan Johnson.

Johnson has stated his fully expects to win Tuesday night, while Herbert has said he is “cautiously optimistic” about the primary election.

Johnson came out ahead Herbert at the Republican state convention in April with 55 percent of the delegate vote to the incumbent’s 45 percent.

For the first time since 1992, Utah Democrats have a state-level primary. Candidate Misty K. Snow and Jonathan Swinton are vying for the Democratic nomination for U.S. Senate and wish to unseat Republican Sen. Mike Lee.

Swinton is a marriage and family therapist who has said he would take his skills as a counselor and mediator to Washington, D.C. if elected. If Snow is elected instead, she will be the first transgendered woman to be nominated to Congress by a major political party.

In Southern Utah, primaries are also being held for House District 75, county commissions, and state and county schools boards.

According to the Lt. Governor’s Office, those who lose in primary elections can still have their names get on the general election ballots as a write-in candidate.

Dean Cox and Gil Almquist are squaring off for Washington County Commission Seat A. The winner will go on the face independent candidates Josh Warburton and Greg Aldred.

House District 75, which is being vacated by Rep. Don Ispon who is running for the Utah Senate, newcomers Steve Kemp and Walt Brooks are vying for the Republican nomination. Tuesday’s winner will enter the general election unopposed.

No primary is being held for District 2.

The school board races are nonpartisan.

Iron County Commission Seats A and C are open for the taking this year.

Vying for the Republican nomination for Seat A are Casey Anderson and Michael Bleak. Anderson was appointed to the position following the resignation of Commissioner David Miller. The Republican winner for Seat A will face Democratic challenger D. Scott Truman in the general election. 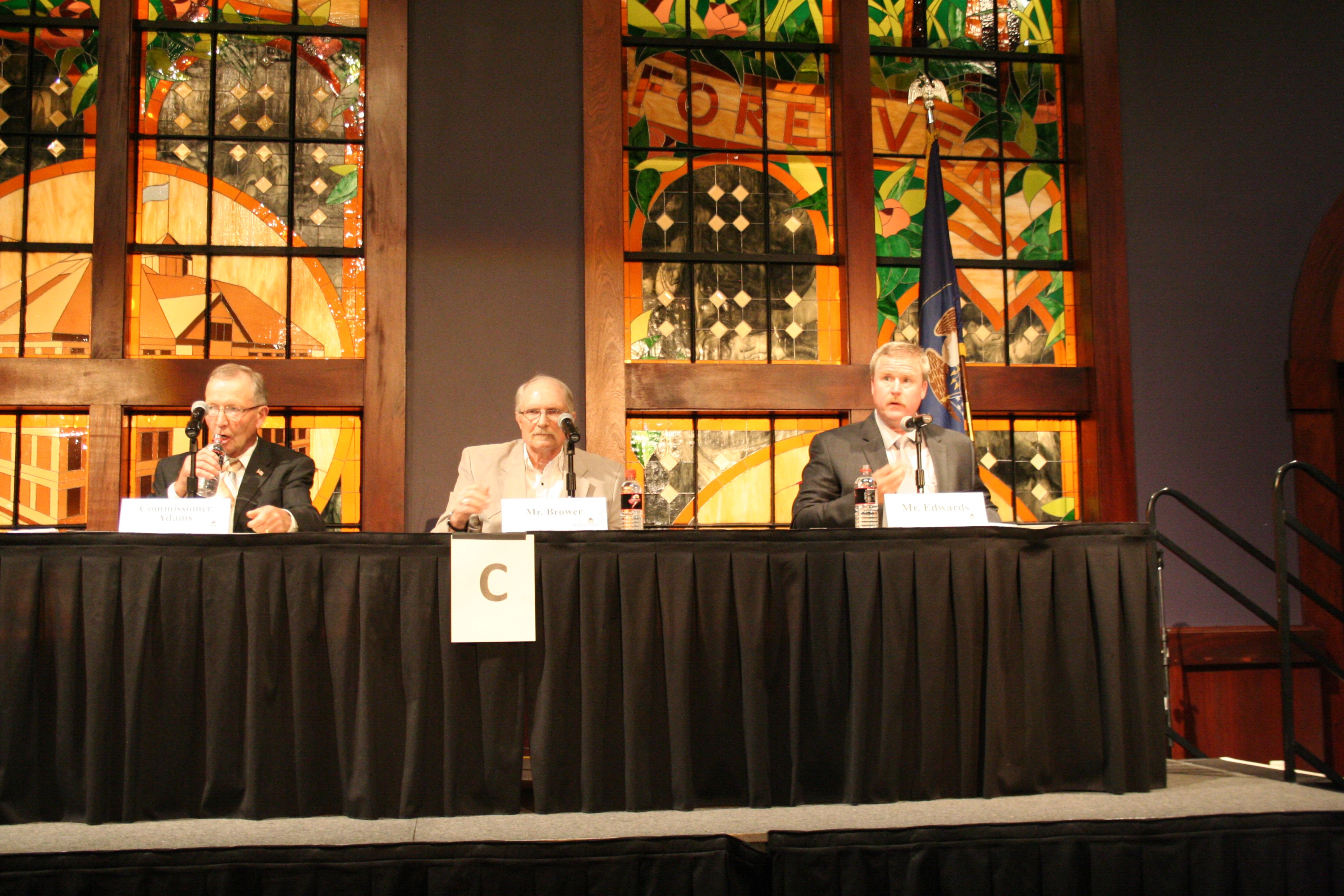 No primary elections are being head for the Iron County School District races.

The Utah Legislature passed a bill in March of 2016 which will make school board races partisan after the 2016 election. In 2018, candidates for the state school board will run as Democrats or Republicans.

Brooks, Kemp sound off in debate for House District 75 seat