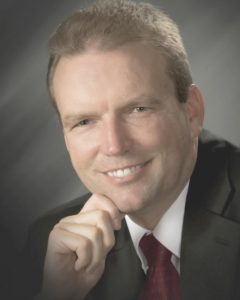 Daniel Alexander Weber passed away on June 20, in the Springfield Hospital in Las Vegas, Nevada, due to complications from Crohn’s Disease, from which he suffered for three years. He was born on March 23, 1962, in Oakland California, to Charles Joseph Jr. and LaKay Matheson Weber. He grew up in San Lorenzo, California, as the youngest of five children. He served an honorable mission for The Church of Jesus Christ of Latter-day Saints in Tampa Bay, Florida. Daniel was the definition of unconditional love, loyalty, integrity, true forgiveness and understanding. He loved his family more than anything. He had faith in God even during the three years of chronic pain.

On August 25, 1984, he married the love of his life and soul mate, Christine Corson, at the Oakland Temple where they were sealed for time and eternity. He worked at the Alameda Naval Air Base from 1986-1993 before being transferred to Letterkenny Army Depot in Pennsylvania. In 2001, Daniel took employment with the Federal Aviation Administration in Cedar City, Utah, as a radar technician where he officially retired in 2015 due to medical complications.

Daniel was an intellectual individual who invented the Selective-Sampling-Receiver and owns three patents, one of which is a first action issuance patent. This technology has many possibilities, one of which is developing the next generation of hearing aids. He is the founder of Weber Technology Incorporated, Spectrum Unlimited, and Color Country Honey. Daniel was an original member and the first president of the Iron County Citizen Review Board (ICCRB).

Daniel is survived by his wife, Christine; his daughter Crystal (Daddy’s little girl); his sons Christopher (Kenzie), Devin, Curtis and Andrew; and his granddaughter Kairi, as well as his mother, LaKay; his brother David (Kathy); and sisters Kathleen, Laura Anderson (Craig) and Charla Conover (Jon). He also had a longtime childhood best friend Mark Bush, whom he thought of as a brother.

He was preceded in death by his father, Charles Joseph Weber Jr., and his grandparents Alva and Zella Matheson.