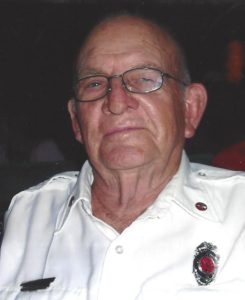 Ronald Carter Larson passed away June 23, 2016, at the age of 84 in St. George, Utah. He was born September 14, 1931, in St. George, Utah, to Berneice Carter and Raymond Larson. When Ronald was 11 years old his mother passed away leaving 4 small children for his father to raise. He finished the 11th grade and went on to serve in Korea with the National Guard and fought on the front lines.

Ronald married Genevieve “Jenny” Jessop on November 29, 1952, in Las Vegas, NV. As a benefit of the GI Bill he worked for Orval Hafen and learned to repair and paint cars and make upholstery. He was very good at the tuck and roll seat covers.

Ronald was a volunteer fireman for 42 years in St. George. In spite of his training he was severely burned in 1981 and spent a month at the U of U Hospital Burn Center. He was told he could not live where it was sunny but came back to Dixie for the remainder of his life. He suffered for years from the effect of his burn injuries.

He was a partner with LeGrande Fawcett and started Sun City Glass in 1969, which is still in operation by the family.

His hobbies were prospecting, hunting, fishing and gardening. He was an expert gardener and shared the fruits of his labor with everyone. He loved to study about natural healing. Ronald didn’t travel much but he did travel all the way back east to Denver, Colorado. He enjoyed spending time at family gatherings with those closest to him. He enjoyed his grandchildren and great grandchildren and had personal relationships with each one of them. He loved spending time having coffee at Dicks Café and McDonalds with the boys. Ron was a very good shot with his .22 rifle. He shot pennies out of the air and pheasants out of the bottom of his dad’s farm.

Ronald was a man of honor and was honest in his dealings. He was genuine, hardworking and a man of integrity. He left a great legacy and example for his 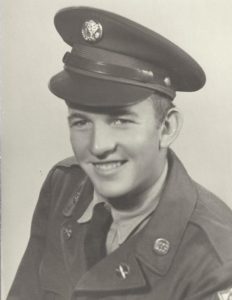 children that all have followed.

He is preceded by his parents; a grandchild, Corey Larson Jr., great grandchild, Ivan Larson, and sister, Dorothy Schmutz.