PINE VALLEY – Aircraft dropping retardant on a fire two miles southwest of the Pine Valley community were grounded Monday afternoon due to a “near-miss” with a drone. It is the third incident involving a drone impeding fire suppression efforts in southwest Utah.

The third incident took place near the Saddle Fire around 3 p.m. when a drone was sighted in the area of Baker Reservoir by the crew of a firefighting helicopter, Christian Venhuizen, of the Bureau of Land Management’s Color County District, said.

The Washington County Sheriff’s Office was called to investigate the incident, yet were unable to locate the party operating the drone.

According to Utah Fire Info, air operations over the Saddle Fire will be grounded until the drone problem is resolved.

#SaddleFire air operations will not fly any further aerial missions until the drone intrusion problem is resolved. #ffslcur

“If they fly, we can’t,” Kim Osborn, BLM spokeswoman for the Aspen and Pine Canyon fires, said Monday.

Under Utah law, drone operators face potential misdemeanor and felony-level penalties depending on the level of mayhem their drone may cause in a wildland fire zone.

Operating the drone in a wildfire area can result in a class B misdemeanor. If the drone flies into an aircraft and causes it to crash, that’s a second-degree felony.

“If (a drone) collides with any of our aircraft, it’ll cause an accident,” Osborn said.

Instead of being allowed to do the job, the aircraft had to turn back.

“It jeopardizes the safety for our firefighters and the public,” Henrie said. “Please do not fly drones in our area again.”

The latest drone incident involving a helicopter was a “near-miss,” according to fire officials.

“We told the residents of Pine Valley and Central that the objectives of the incident are to ensure firefighter and public safety through the use of sound risk management and hazard mitigation, and to protect infrastructure in communities, campgrounds, private lands, water systems and municipal watersheds,” Henrie said. “We can’t do that with these drones.”

Local residents received notifications on their mobile phones regarding the drone pilot and the suspension of aerial resources responding to the fire. A door-to-door campaign is also planned by the incident management team.

Those with information regarding drones flying in the area of the Saddle Fire should contact the Washington County Sheriff’s Office at 435-634-5734.

As of Monday afternoon, the Saddle Fire has grown to over 350 acres and continues to burn in inaccessible terrain. So far the fire is zero percent contained.

“The fires are up in extreme terrain where we can’t get firefighters in there safely,” Henrie said.

The fire itself is located about 2 to 2 1/2 miles southwest of the community of Pine Valley. No structures are currently threatened, though measures are being taken to protect homes in the area in case the fire gets too close.

Fire fuels is the area are being reduced and defensible spaces are being created. A fire break has been created only along the boundaries of private property and land overseen by the U.S. Forest Service.

Incident Commander trainee Joe Harris pointed to a narrow, 2-foot wide strip of ground that had been cleared to the soil. Trees and other vertical vegetation covering a 10-foot area around the 2-foot soil cut were also cut down so the fire would only have ground-level fuels to consume and hopefully exhaust itself by the time it hit the fire break.

A wide, bulldozer cut has also been made as a precautionary measure, Harris said.

There’s no way to tell how long it may take for the fire to actually burn down to the fire break, or when it may get to a point firefighters can attack it directly, both Harris and Henrie said.

The Saddle Fire was ignited by lightning and discovered June 13. So far the only major impact to the Pine Valley community has been smoke dropping into the area.

No evacuations have been ordered and no roads have been closed in connection with the fire. However, the Goat Springs Trail is closed until further notice.

The Aspen Fire, also lightning-caused and located 13 miles southwest of Cedar City, is at 355 acres as of Monday afternoon and 85 percent contained, Osborn said.

“The crews have made a lot of progress,” she said. “We’re hoping to have it contained within the week.”

As operations around the Aspen Fire have wound down, fire crews and resources involved there have been diverted to other fires, Osborn said.

As of Sunday, around 300 people were involved in fighting the fire. The Aspen Fire was originally reported Wednesday, June 15.

As for the lightning-triggered Pine Canyon Fire, located three miles south of the Aspen Fire, is at 100 percent containment. It was also reported to fire officials June 15.

The public can receive alerts for emergencies and other important community messages by signing up for the Citizen Alert System for Iron County and surrounding cities.

A fire information center has been established at the fire station in Central. For further information please follow the Dixie National Forest on Facebook, Twitter, and utahfireinfo.gov.

Utah law regarding unmanned aircraft, such as drones, can be found here. 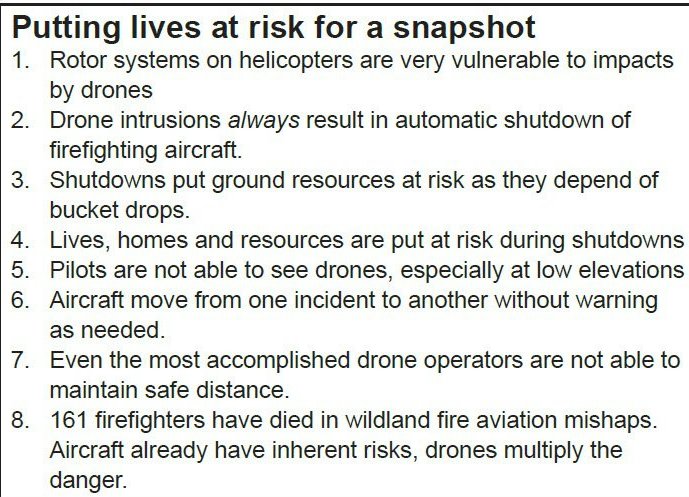 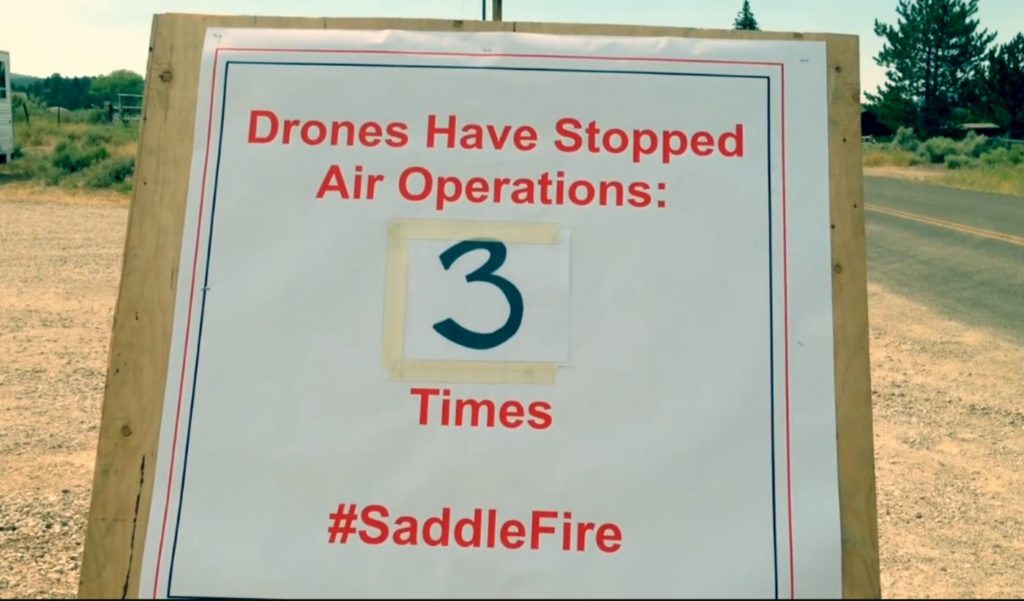 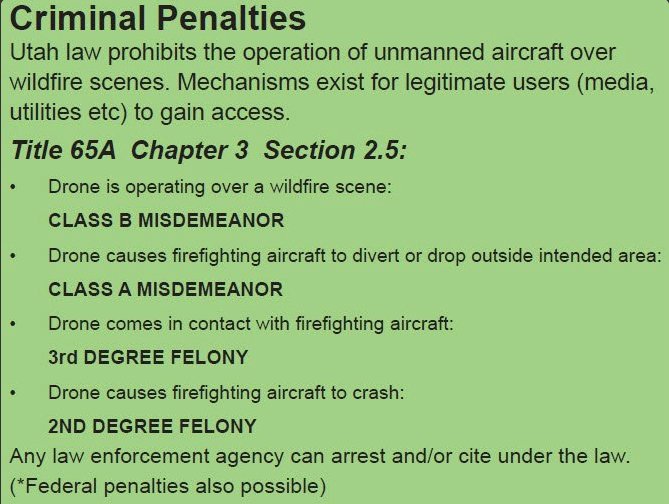 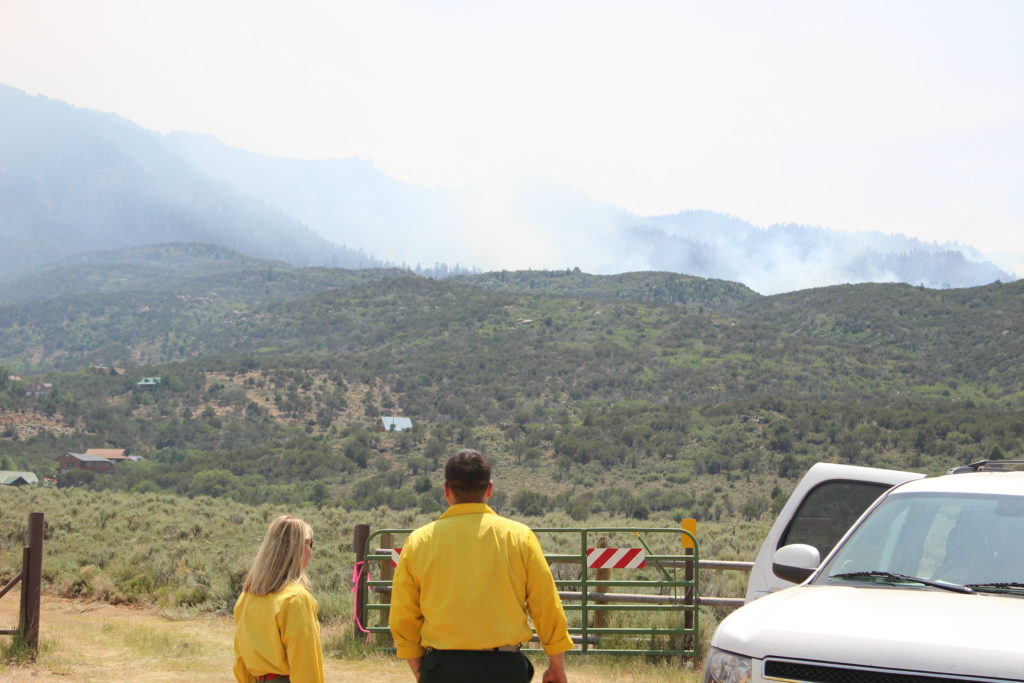 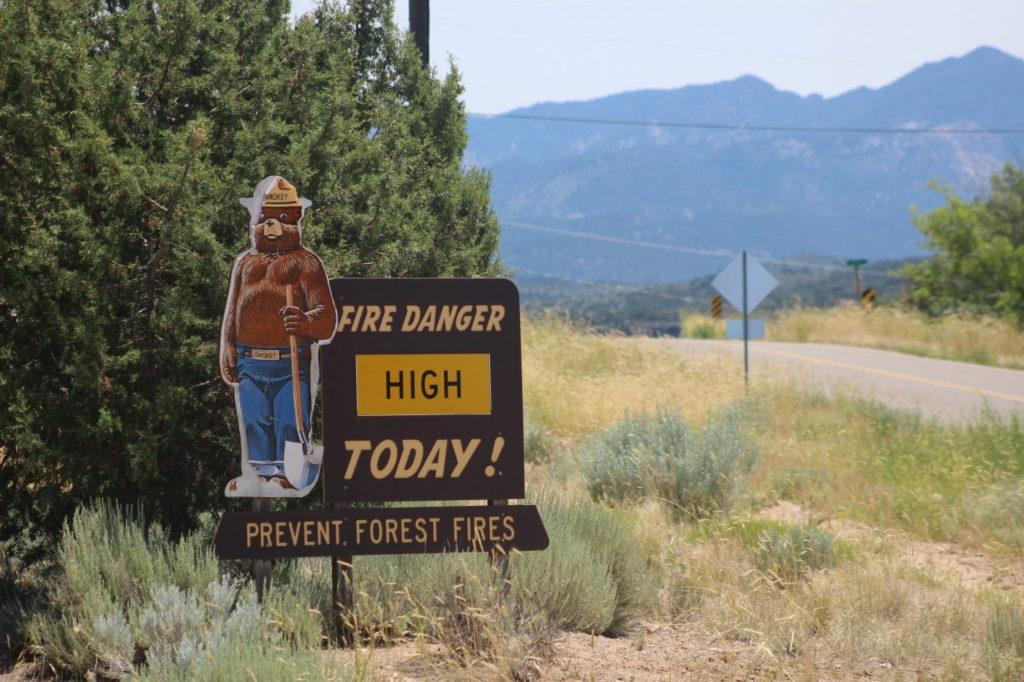 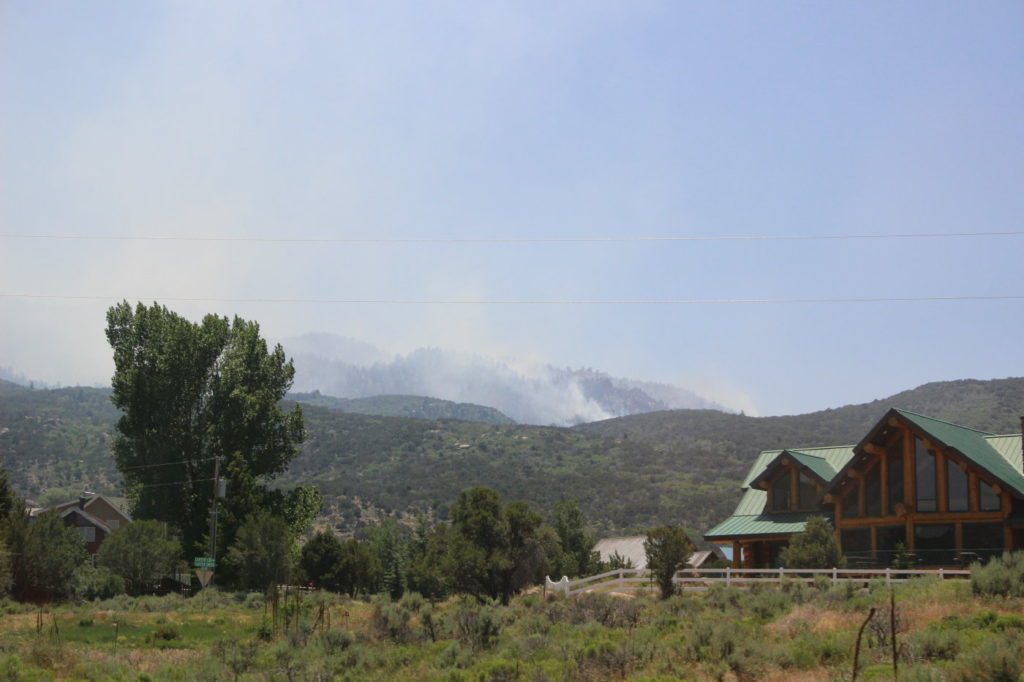 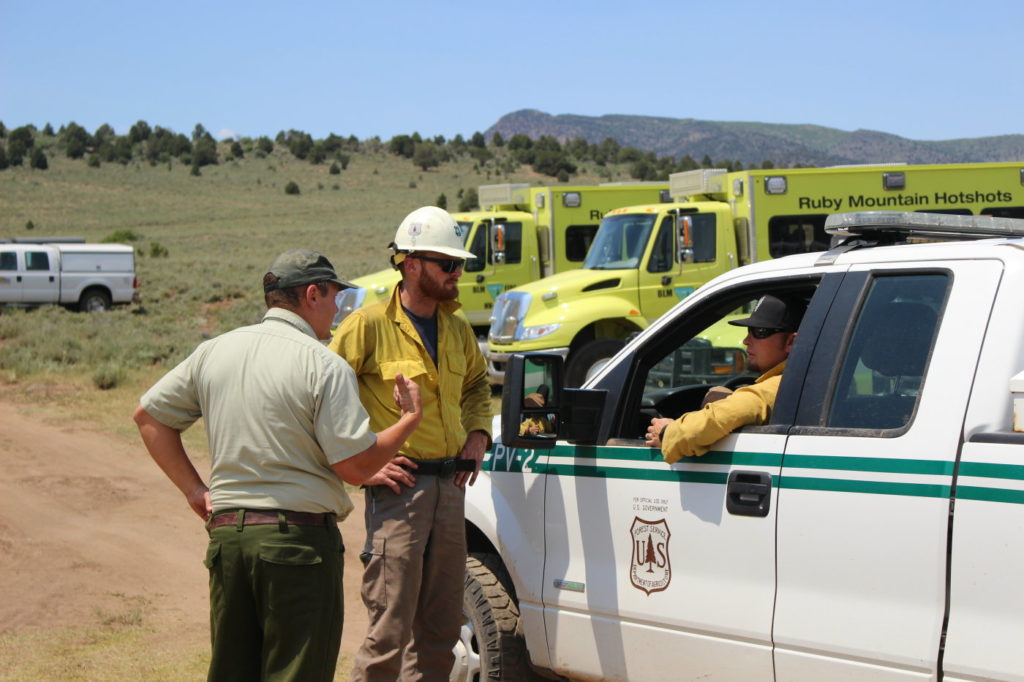 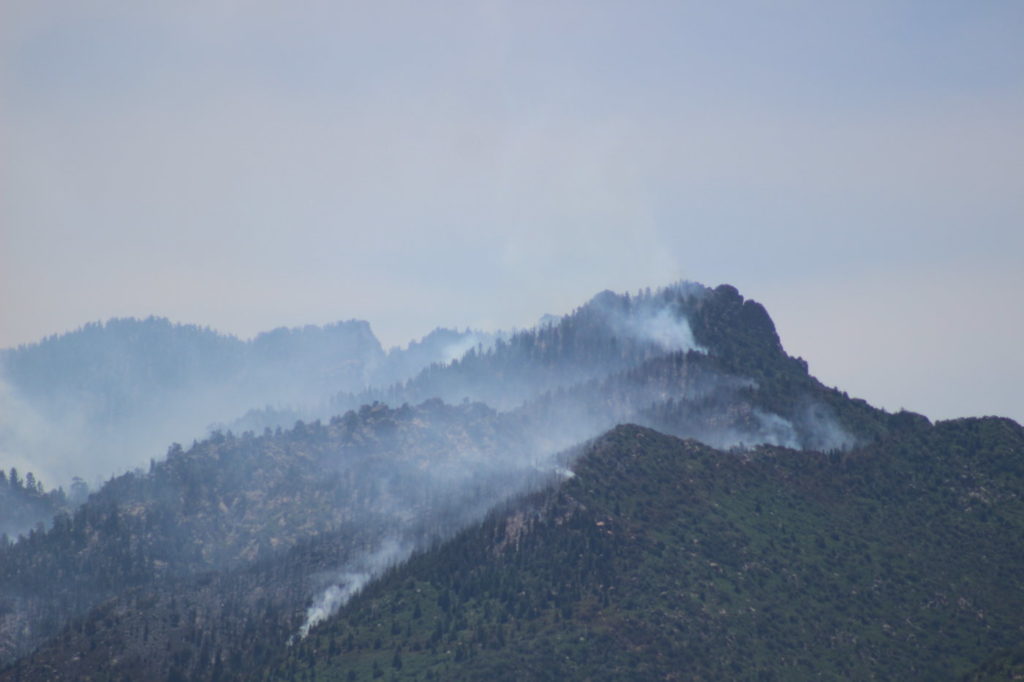 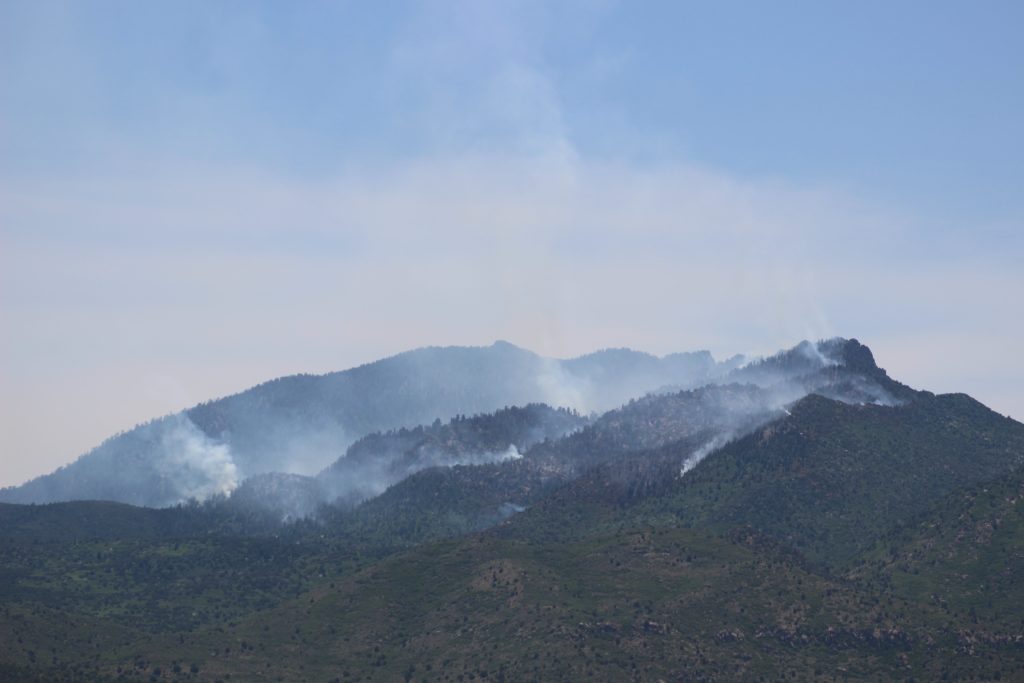 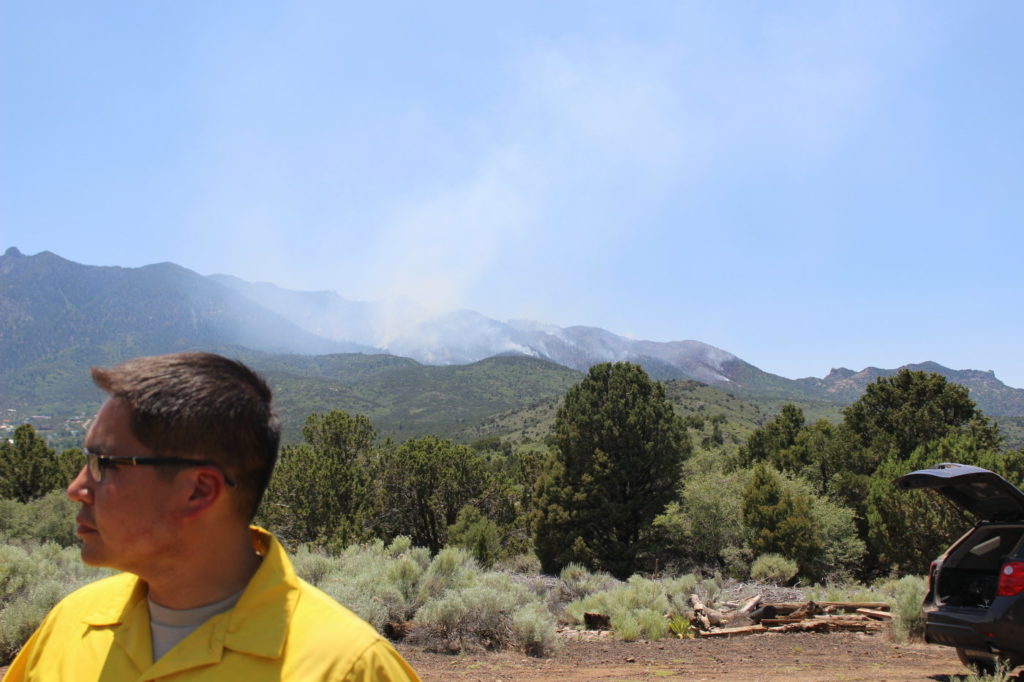 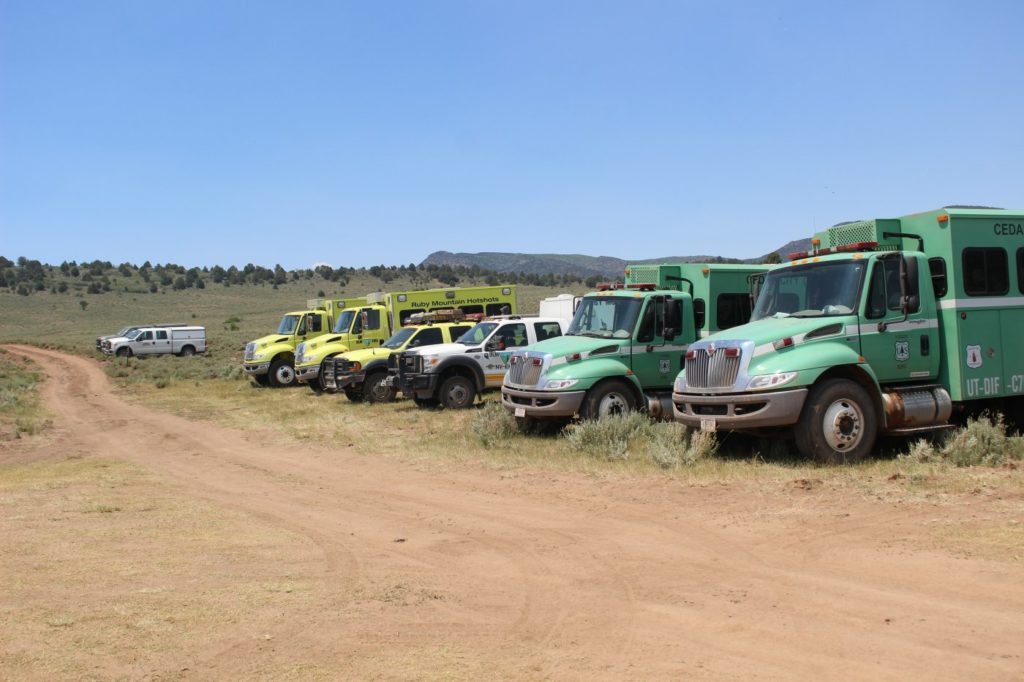 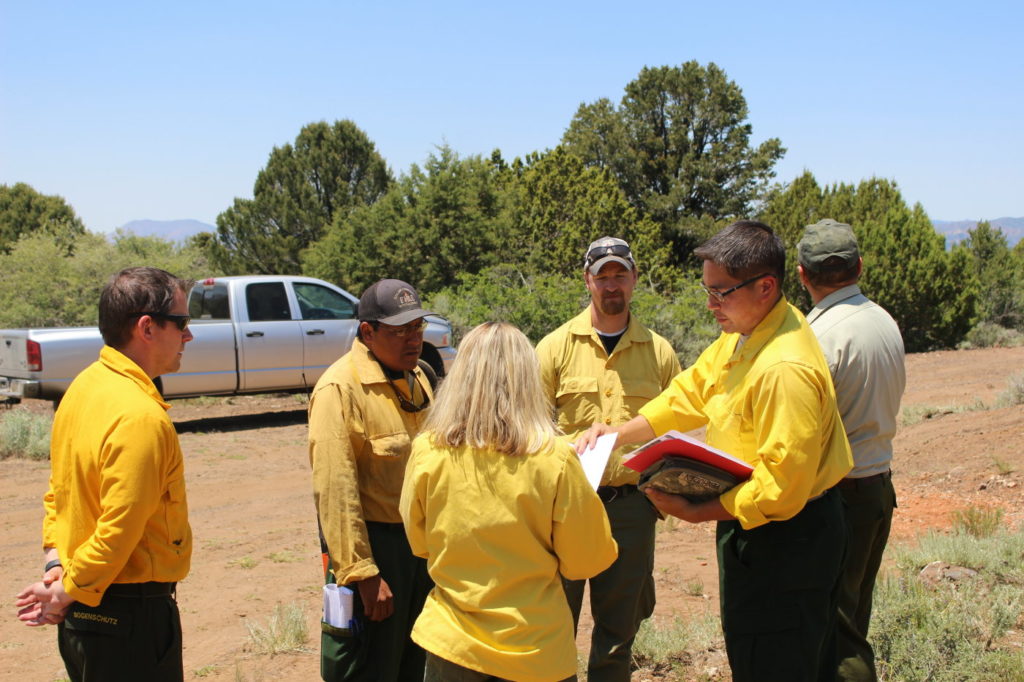 ‘I don't know what we'd do if we lost our home’: Residents still displaced by 709-acre Mammoth Fire

Traffic advisory: State Route 18 at Dammeron Valley closed both ways due to fire