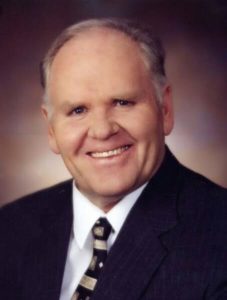 Max Henry Rose, age 71, passed away at his home in St. George, Utah, on June 17, 2016. Max was born on Dec. 30, 1944, in Panguitch, Utah, as the third of 14 children, to David Quilter and Delpha Almira Johnson Rose. He lived most of his childhood and youth in Henrieville, Utah, near Bryce Canyon National Park.

As a young adult, Max served as a missionary for The Church of Jesus Christ of Latter-day Saints in the Florida mission under Elder Glen L. Rudd. He returned to Southern Utah and graduated from Southern Utah University (then College of Southern Utah) in 1969 with a degree in math and secured a position at Los Alamos National Laboratories, a position he never filled because of a teaching opportunity that became available at SUU at about the same time. This choice to devote his career to teaching turned out to be a defining one in Max’s life.

A second defining choice was his marriage in the St. George Temple that same year, April 25, 1969, to Kathryn Ann Duncan, who would become his eternal companion. Together, Max and Kathy went to Logan, Utah, where Max earned a Master’s degree at Utah State University. Later, he would earn a doctorate degree from Brigham Young University.

Max started his teaching career at Dixie State University (then Dixie College) in 1972, where he excelled at teaching and was a much-beloved teacher of math and chemistry courses. He later accepted a position as Vice President of Academic Affairs at Dixie, a position he held until becoming the Washington County School Superintendent in 2003.

Max served in many capacities in The Church of Jesus Christ of Latter-day Saints, both in his residential ward and among the students in the college stake, most notably serving as Stake President of the Dixie College Stake from 1987 to 1992.

An engaging and inspiring speaker, Max was highly sought after to make presentations for church and civic groups.  He also received many awards for his teaching and service contributions.

Dixie State University has established a scholarship in Max’s honor. Those who would care to donate to this scholarship in lieu of flowers may do so by visiting giving.dixie.edu, selecting “specific scholarship,” and typing “Max Rose,” or by contacting the DSU development office at 435-652-7509.

Washington County's economy sees a mix of paradoxes, rebounds in wake of pandemic

Layin' it on the Line: How should inflation figure into retirement planning?