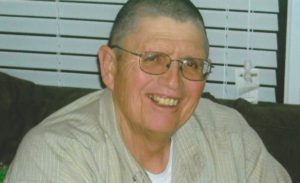 Richard LaMar Jones, 64, passed away June 14. He was born Oct. 6, 1951, in Milford, Utah, to Richard Leon Jones and Audra Bradshaw Jones. He was born the youngest child and was adored by his entire family.

LaMar graduated from Milford High School in 1969. He then entered the Utah National Guard where he served for 6 years. He married his high school sweetheart, Karen Marie Pipher, in 1970.

He worked as a millwright for many years but considered his work at Caliente Youth Center as his real calling in life. He was a mentor to so many and affected the lives of all those around him.

He was a strong and faithful member of The Church of Jesus Christ of Latter-day Saints. He was always sharing his testimony and believed there were tender mercies in his life. He served in many callings but loved working with the youth the most.

He loved fishing, hunting and being in any mountains, especially the Beavers. He was a Dutch oven master and loved sharing these skills with others. He always had the best stories to tell that had everyone laughing and also the kind of spiritual stories that would bring you to tears.

He was humble, smart, kind, selfless and one of the funniest people you would ever meet. He was a spiritual giant and a great example to those he knew. He was faithful to the end and looking forward to seeing his sweet parents and siblings again. He knew there would be a loving reunion in Heaven.

He is preceded in death by his parents, Richard Leon Jones and Audra Bradshaw Jones; his brother Donald Jones; and sister Sally Jones Short.