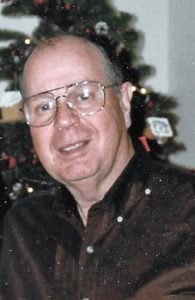 John Lee Cameron, 80, passed away on June 7, surrounded by his family. He was born June 2, 1936, in East Palestine, Ohio, to William Getty Cameron and Hannah Louise Baker. He married Bonnie Lenore Baker Oct. 7, 1958, in Bellflower, California.

He was raised in East Palestine, Ohio; Tuscan, Arizona; and South Gate, California, where he attended South Gate High School. He loved to fish, whether it was off a boat or just sitting in his chair along the shore of a lake. He also enjoyed camping and the outdoors. In his younger years, his daughters got into horses, and he became 4-H assistance and really enjoyed the horses.

His career was mostly sales where he was in the recreational vehicle business for many years in the western United States. He traveled a lot and moved a lot. In his later years, he was a realtor for ERA Brokers Consolidated in St. George, Utah, where he resided for the past 25 years.

He is preceded in death by his parents; two sisters: Louise Morrison and Wilma Smith; and one brother, William Cameron.

He had a great love for dogs and had several breeds over the years. He is also survived by his Japanese Chin, Chuckie.

In lieu of flowers, please make a donation to your nearest animal shelter.