CEDAR CITY — Geoff Griffin, a former attorney, sports writer, editor and teacher in Southern Utah is a baseball fanatic and historian. In his first work of fiction, Griffin puts that passion on display with his new book “Brooklyn Bat Boy.”

Griffin will be in Cedar City today for a book signing and promotional appearance at Main Street Books from 11:30 a.m. – 1 p.m. Since the book is historical fiction about Jackie Robinson’s breakthrough 1947 season with the Brooklyn Dodgers, there will also be baseball history activities and a chance to win prizes. The book is “middle-grade” or a chapter book aimed at readers in the 3rd-7th grade range. The book was officially released on April 15, 2016, which is also Jackie Robinson Day in Major League Baseball 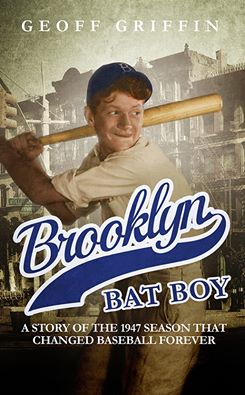 For 80 years straight, baseball – a pastime, passion, and profession as American as apple pie – only knew one color: white. In 1947 Jackie Robinson changed that by becoming the first black Major League Baseball player, debuting for the Brooklyn Dodgers and breaking the long-standing color barrier. His initiation into baseball was, of course, a game changer for the sport, but also became a landmark of American history. Today we celebrate that landmark annually on April 15th, known as “Jackie Robinson Day.”

In the highly entertaining and historically important new fiction book for mid-grade readers, Brooklyn Bat Boy, we’re introduced to 12-year-old Bobby Kelly. Bobby is a Brooklyn boy who loves playing stickball in the street with his friends and cheering for the Dodgers. His dream of being part of the Dodgers comes true in 1947 when he lands the job of bat boy for the team. There’s just one thing Bobby’s not sure about: The Dodgers are planning to do something that has never been done before. An African-American named Jackie Robinson will be playing for Brooklyn. Bobby navigates his feelings about it as members of his family and kids from his neighborhood voice their disapproval. In order to truly become part of the Dodgers, though, Bobby will have to learn to accept Robinson as a member of the team and to learn from his example.

As a sports journalist and lifelong baseball fan, as well as a current teacher, Griffin recognized the importance of introducing the Jackie Robinson story to younger readers in an entertaining and digestible way. 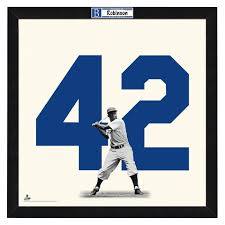 “By telling kids about the difficult, yet critical 1947 rookie season of Jackie Robinson through the point of view of a young person, it gives them a new way to learn about an important event for baseball and history,” says Griffin. “My hope is that readers are inspired by the way Bobby handles and learns from a new experience, and even more so by Jackie Robinson’s courage as an individual in an incredibly difficult situation.”

Griffin has worked as a lawyer, special education teacher, journalist and editor. He has over 20 years of experience writing for a variety of newspapers and magazines. He has had a number of essays published in anthologies and is co-host of the award-winning Travel Brigade Radio Show and Podcast. Brooklyn Bat Boy is Griffin’s first work of fiction.