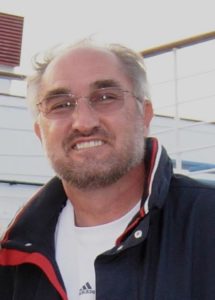 Dr. David R. Kramer, M.D., of St George, Utah, passed away on Sunday, June 5, at the age of 63. David had an extraordinary career. After receiving his medical degree from the University of Utah, he served as a physician in the United States Air Force while living on the island of Crete.

After the Air Force, David practiced as an ER physician in Las Vegas, Nevada, then eventually returned to the University of Utah to become a psychiatrist, after which he started a private practice in St George.

Though challenged throughout his life with Type 1 Diabetes, David couldn’t be stopped. During his life, he pursued many passions: Ford Mustangs, horses, wind sailing, Porsche racing, boating, water skiing, traveling and so much more. But, his greatest passion was his wife, children and grandchildren, who survive him:  his devoted wife, Pamela, who took such good care of him; daughter Jennifer Piersanti and husband, Anthony, and son, Enzo (Lake Elsinore, California); daughter Randi Butler and husband, Chad (Las Vegas, Nevada); son Justin Kramer (Salt Lake City, Utah); and daughter Brooke Jensen and husband, Kyle, and daughters, Charlotte and Chloe. He is also survived by his sister Christine Morgan (Taylorsville, Utah) and brother Rob Kramer (Saratoga Springs, Utah).