CEDAR CITY — While Southern Utah isn’t necessarily the hub of UFO activity that is reported in other areas of the Southwest, Nate Cowlishaw, one of the founders of the nonprofit Anomaly Conservatory, said the storytelling tradition is deeply rooted in the area. With this in mind — and given several of his own experiences which he said may have been related to the extraterrestrial — Cowlishaw and his brother, Joe, have organized the inaugural “Utah UFO Fest.” 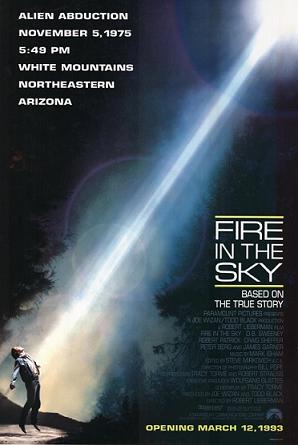 The Utah UFO Fest has been organized as a way to bring people together to share their stories and continue the dialogue about possible extraterrestrial sightings or abductions.

The festival will take place June 17-18 at Three Peaks Recreation Area and will feature Travis Walton, the subject of the 1993 alien abduction film “Fire in the Sky.”

Cowlishaw said the festival is currently free; however, they are seeking additional funding through GoFundMe to cover some of the costs their organization and sponsors haven’t come up with yet.

“We wanted this to be a free event for the general public,” Cowlishaw said. “We want average folks to be able to come to something like this and have a good time. Our long-term vision for the festival is to become something like the Roswell Festival.”

Cowlishaw said he and his brother founded Anomaly Conservatory as a way to host the Utah UFO Fest and other events related to similar phenomenon such as UFOlogy and cryptozoology — the search for creatures whose existence has yet to be proven due to lack of evidence. He said:

I know they’re considered to be pseudosciences, but when you look at today’s scientists, they’re more like technicians. They’re not really into discovering anything new. Any sort of research on the fringe like this would make them look like a quack or a crazy guy … True science is discovery science.

Anomaly Conservatory is not a scientifically-based foundation, Cowlishaw said, but rather an educational foundation.

“We exist to educate the public about this phenomenon and some of the current affairs regarding this phenomenon,” he said. “We look at this through an anthropological, sociological lens. We’re more interested in how this has created the culture of the Southwest. This is part of our culture in the Southwest.”

Cowlishaw is very familiar with the Southwest culture, including the Native American culture. He grew up going out in the hills with his grandfather, a miner and a prospector who took loads of carving alabaster into Sante Fe and the Navajo Nation.

“Growing up, I had an early exposure to a lot of different cultures, a lot of First Nations cultures,” Cowlishaw said. “I kind of grew up around them.”

After his grandfather died, Cowlishaw continued the tradition of taking rock out to these areas, he said, and over the years, he talked with countless people who had experiences they weren’t able to explain.

However, it wasn’t until 2013 that Cowlishaw had his own experience.

“I wasn’t going to jump to conclusions,” he said. “It’s a conspiracy theory when you jump to conclusions, but when you know what you’re looking at and you know it’s not anything either known to science or the general public, you know that something’s going on that you can’t quite put your finger on.”

Cowlishaw said he has had three such experiences. These included witnessing the unusual flight activity of a triangular-shaped aircraft in New Mexico, an unexplained light phenomenon on state Route 375 in southern Nevada — also known as the Extraterrestrial Highway — and seeing unusual lights in Marfa, Texas.

The “Marfa lights” appear about six or seven times a year, Cowlishaw said, and are consistent enough that many scientists are trying to figure out what’s causing them.

“Right now, it’s a scientific anomaly,” he said. “They’re not calling it a mystery anymore because it’s happening on a consistent basis.”

In addition to hosting the Utah UFO Fest, Cowlishaw is currently finishing up his sociology degree at Southern Utah University. Given this background, he said, he doesn’t understand the stigma against people who claim to have had similar experiences as his own.

“I look at this through a sociological lens, and I have to ask, ‘Why all the hostility and the ridicule about anything related to this topic?‘” he said. “What is the root cause that made the general public so apprehensive about this topic?”

Cowlishaw said he believes simply calling people “crazy” for their experiences is morally wrong and was one of the motivations for organizing the Utah UFO Fest.

One person who has come under such questioning — and even ridicule — over the years is Travis Walton, a logger who claims he was abducted by aliens while working in Arizona in 1975. Walton’s story was the basis for the 1993 film “Fire in the Sky,” and he will be one of the featured guests at the festival.

Many people interested in UFOlogy — including Cowlishaw — have been critical of Hollywood’s interpretation of Walton’s story.

“His story of alien abduction is probably one of the most famous,” Cowlishaw said. “I believe his is one of the most credible you’ll find on the topic that I believe actually happened. Hollywood took everything out of context from his original experience and made a horror film out it.”

The Utah UFO Fest will include an outdoor screening of the documentary “Travis: The True Story of Travis Walton,” followed by a Q&A session with Walton.

In addition to Walton, Cowlishaw said, they recently received confirmation that “Alien” Dave Rosenfeld, cofounder and president of Utah UFO Hunters, will also be in attendance. Rosenfeld has appeared on History Channel’s “UFO Hunters” and is leading research on sightings at the Dugway Proving Ground and Skinwalker Ranch in northern Utah, Cowlishaw said.

The Utah UFO Fest will also include open mic/storytelling sessions as part of their mission to bring like-minded people together. Cowlishaw said:

Our organization wants to foster the storytelling and folklore that surrounds this topic. We’re embracing this oral tradition, this aspect of our culture that’s dying out … We want to promote the Southwestern culture. Let’s bring some of that culture to Cedar City. I’m concerned that we’re wasting too much time on smart phones and social media and mass media that we’ve forgotten our stories and our roots.

On Friday night of the event, there will also be a star/moon party.

“We have some of the most amazing dark skies in this part of the West,” Cowlishaw said. “Most of these events take place in bigger towns where there’s a lot of light pollution and no one can see the night sky.”

For a complete list of activities, go to the Utah UFO Fest event web page.

Cowlishaw said they are still in the process of raising funds for the Utah UFO Fest in order to keep it free to the public. Anyone interested in supporting the event is encouraged to visit the group’s GoFundMe page.

Footage of another reported Bigfoot sighting in Utah released