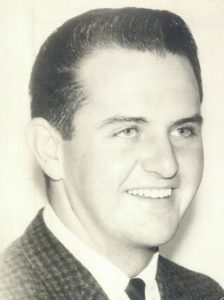 Jasper Philip Eves, age 74, passed away peacefully on Tuesday, May 31. The eldest of four children, he was born in American Fork, Utah, on Aug. 27, 1941, to Jasper and Sarah Edith Clarke Eves. Phil had many fond memories of his loving parents and treasured his memories of them both very deeply.

From 1961 to 1963, he served a mission for The Church of Jesus Christ of Latter-Day Saints in the French East Mission spending most of his time in Belgium. On June 25, 1965, in the Los Angeles Temple, Phil was married and sealed to Karen Barbara Holder. Phil’s pride and joy was his beautiful wife, Karen, and their five wonderful children.

Phil loved his country deeply and served in the Utah Army National Guard and California Air Force National Guard. He became a policeman in the Arcadia Police Department in California. After a few years on the police force, he decided to complete his bachelor’s degree and then applied to law school at U.C. Davis. Upon finishing his schooling and passing the California Bar, he began his professional career in 1973 in the D.A.’s office in Ventura County.

In 1978, he longed to give his children a small town upbringing like his. He took a leap of faith and moved his family to Parowan, Utah. He passed the real estate exam and sold real estate while waiting to pass the Utah Bar.  He went into private law practice for several years where he made many friends in the legal community. He was appointed a Circuit Court judge in 1985 by Gov. Norman Bangerter. Phil served in many capacities and many communities during his 20 years on the bench. After he resigned as a judge, he became a mediator and retired in July 2015.

Phil was a devout member of The Church of Jesus Christ of Latter-Day Saints and served in various callings including bishop and high councilman. He loved people and was always willing to help others. He also loved music and enjoyed performing in community choirs and local plays.

He is preceded in death by his parents, Jasper and Sarah Edith Clarke Eves.

Grandpa Phil, you are and will always be the hero of our family. Love you forever!