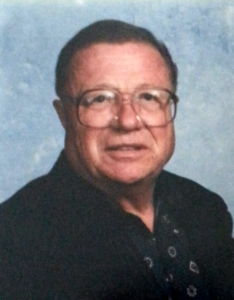 Preston Rees Merrell, age 87, passed away the morning of May 22 at the Southern Utah Veterans Home in Ivins, Utah. He was born Feb. 7, 1929, in Brigham City, Utah, to Dr. William Rees Merrell and Vera Preston Merrell.

Preston grew up and attended schools in Brigham City. He had a deep love of the area and always considered it home. He married Joyce Warren, and their union was blessed with a daughter, Lisa, and a son, David. The two later divorced. After graduating high school, Preston followed in his father’s footsteps by becoming a physician. His medical education and career started at the University of Utah from 1947-1951 where he did his pre-med requirements, graduated with honors and earned a Bachelor’s degree, with a major in vertebral Zoology and a minor in Chemistry.

He continued his education at Washington University from 1951-1955. There he received his medical degree. He was a resident physician at Salt Lake General Hospital from 1955-1956. He then served as Co-Chief Resident at St. Louis Children’s hospital, St. Louis, Missouri, from 1956-1957. Preston served our country as a general family and pediatric physician for the U.S. Navy in Barstow, California. He was a Lt. Junior Grade.

In 1962, he moved to Upland, California, and started his practice. He remained a dedicated doctor to his patients until 1996. Preston loved being a physician and was the kind of doctor who was always there for his patients and families.

Preston is survived by his dedicated wife, Shirley; daughters: Lisa Usher (John) and Christine Jennison; four grandsons; and three great-grandchildren. He is also survived by his only sibling, Arlene Hutchinson of Brigham City, Utah.

He is preceded in death by his son, David Merrell, and grandson, William Merrell.