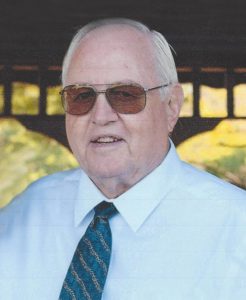 Garry William Martin, 77, of Washington, Utah, passed away on Saturday, May 21, after a nine-month struggle with cancer and then hospice. He was a true, loving family man, and he also loved nature and the outdoors.

Garry was born in Preston, Idaho, on Dec. 30, 1938, to parents Clyde and Lucile Beckstead Martin. His family, including sisters Clydene and LuDawn, moved to Pasadena, California, in the spring of 1941 when he was 3 years old.  His youngest sibling, Jim, was born there in 1946.

Garry graduated from John Muir High School in 1956 in Pasadena, California.  He served a two-year mission for The Church of Jesus Christ of Latter-day Saints in Arkansas and Missouri and then pursued a Bachelor of Science degree in Accounting and an MBA from Cal-State University at L.A., graduating with honors and later receiving his CPA license. Garry was a veteran, having served active and reserve duty with the 63rd Army Reserve at Fort Ord and Bell, California.

Garry was married for time and all eternity in the Los Angeles temple to wife Deanna Shirley Peak on Nov. 10, 1962. While pursuing his degrees and starting a family, he worked for the United California Bank in Pasadena, Lincoln Heights, and Hollywood. After college, Garry worked for the U.S. General Accounting Office in L.A., traveling for audits in the U.S., Mexico, Central and South America.

Garry and Deanna raised four children: Jim, Jennifer, Jay, and Josh. Around Thanksgiving 1975, he moved his family to Boise, Idaho, for what he found was an outstanding place to raise a family and also to get back to his birth state. He worked for Boise Cascade Corporation for ten years as an Internal Auditor/CPA and also a Division Controller. The mid-1980’s brought downsizing at Boise Cascade Corp., so Garry returned to his government roots as an auditor in Diamond Bar, California, and Crystal City, Virginia. He ended his professional career working as CFO for the Dallas VA Hospital in Texas.

Garry and Deanna retired to the St. George, Utah, area around 2004 to be near his mother, father and brother’s family. There they found many great friends over the years.After 50 years of marriage, his sweet wife Deanna passed in 2013 due to her own struggles with cancer and also depression. His love, patience and understanding were instrumental throughout much of Deanna’s adult life. 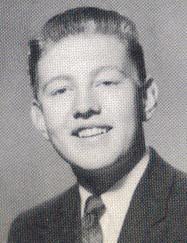 Garry welcomed a new miracle from the past back into his life when he married Beverly Jean Funk Stine in the San Diego temple July 20, 2013.  Beverly was a former girlfriend of Garry’s in the late 1950’s and had recently lost her own husband, Jan Stine of nearly 50 years to cancer.  Her love and help was invaluable to each of them and their families.

Garry was preceded in death by his parents, Clyde and Lucile; sister LuDawn; and wife Deanna.

Thanks to all those who helped Garry call this a sort of “graduation, and mission accomplished!” His family wishes to thank Beverly and the wonderful Stine family for their love and care, his favorite (only) brother Jim and wife Jacquie, his sister Clydene Martin Potruch, his Ward and Stake family — especially home teacher Kent — and former Bishop Wilson, friends and family near and far, and also the kind and generous doctors, nurses and caregivers who helped him through so much.