HURRICANE — A man who allegedly abducted a Tennessee girl last week may have been spotted Wednesday morning at a Hurricane grocery store, authorities said.

Hurricane City Police are investigating a tip on the possible sighting. 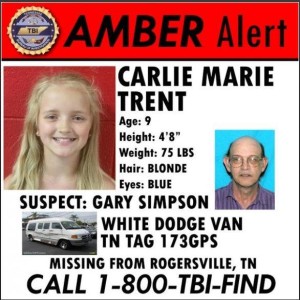 At approximately 10:24 a.m., a witness at Lin’s Marketplace located at 1120 W. State Street reported seeing a man who matched the description of a suspect involved in the missing child case that has been broadcast in an Amber Alert, Hurricane City Police Sgt. Brandon Buell said.

According to the Amber Alert, Trent was removed from school on May 4 by her uncle-by-marriage, Gary Simpson, under false pretenses. Simpson has no custodial rights to Trent, authorities said.

The two are believed to be traveling in a white van with Tennessee tag 173GPS.

The witness reported they had seen the man fitting Simpson’s description at Lin’s at around 10 a.m., Buell said. While the witness said they didn’t see a girl with the man, they did see a white van but were unable to see the license plate information.

“The person reporting this was not absolute,” Buell said, “but concerned enough to call police.”

Although there is no definitive evidence at this time to confirm whether the man is the suspect in the case, Buell said police are taking the situation seriously. Officers responded to the area to interview possible witnesses. They are also collecting and reviewing surveillance footage.

This is an active and ongoing investigation, Buell said. Additional information will be released as it is made available.

Warrants have been issued for Simpson for Kidnapping, according to the Amber Alert. 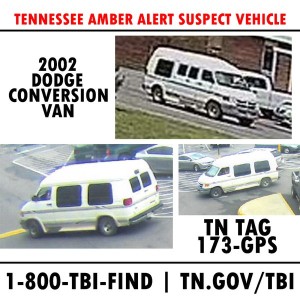 There's science to it: Here's how to make sense of home canning