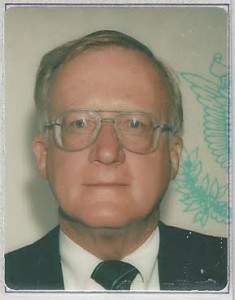 Colin Harrison passed away on May 7, 2016, in Ivins, Utah, with his loving wife, ‘Jeanne’ by his side. He was born February 18, 1928, in Cincinnati, Ohio. His mother, father and sister had just immigrated from England. He attended grade school in Cincinnati and military school in Virginia. He intentionally completed that school in three years so he could enlist in the Marines during World War II. He enlisted the day after he turned 17. Called back to active duty at the outbreak of the Korean Conflict he received a meritorious commission, commanded an artillery battery and returned to inactive duty at the end of the conflict with the rank of Marine Captain.

Colin finished a degree as mechanical engineer with major studies in thermodynamics and electronics at the University of Virginia. He joined the American Bosh Arma in Long Island in New York doing electro mechanical design for intercontinental ballistic missiles (ICBM) guidance systems. Colin left because of what he considered poor management and went to work for Aerojet General in Sacramento, California, designing, supervising assembly and test firing rocket engines for the Titan ICBM’s. He joined the Martin Marietta Company in Denver, Colorado after working the engine integration office there for Aerojet.

In 1961 he was transferred to the Manned Spacecraft Center in Houston, Texas, to be the company project manager for the Gemini Program. At program completion he returned to Denver to be the Director of Manned Systems Design. Next, he became Project Manager for the Apollo Telescope Mount which was the center for the electronic brains for the Skylab Space Mission. After launch and completion of mission control activities he was assigned to the Space Shuttle 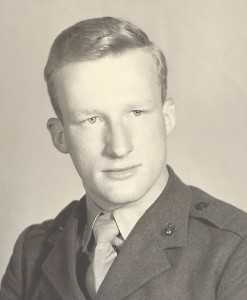 Program where he was project engineer responsible for building the first External Tank and taking it through propulsion tests. In 1980 he became responsible for the external tank at Vandenberg Air Force base where the plan was for the Air Force to fly their shuttle missions. He eventually became operations director for the shuttle launch pad. At the termination of the Air Force shuttle program he became Director of International Spaceports in Denver, Colorado, a position he held at his retirement.

Since retirement Colin has continued to contribute to his community: 9 years on the planning and zoning board, 7 years as Chairman, co-author of county economic plan draft; 7 years as Chairman of the Arizona Strip Interpretative Association; 11 years on the Adult Probation and Parole Board, member of new airport study group, author of 20 new Utah laws and Court Appointed Special Advocate for Children.

He was preceded in death by two sons: Robert, a promising physician who in the year 2000 was a candidate for the Nobel Prize in Medicine, and Sean, who made Sergeant in Force Recon troops in the Marine Corps in 4 years.

Colin died because of gross negligence of his doctor who prescribed medicine that had four prohibitions against ever being given to him. “Like all Marines that will or have received orders for a Permanent Change of Station (PCS) I have mine. I shall immediately report for guard duty on the streets of Heaven. Semper Fidelis.”