The stadium will be renovated and expanded to seat 10,000 people – and renamed “Legend Solar Stadium,” Dixie State President Richard Williams said. The donation is the largest single contribution in the history of the university.

“This will single-handedly change the landscape of our campus and city and create immeasurable opportunities for both Dixie State University and Washington County,” Williams said.

“This is huge for the university and for Washington County, even Southern Utah,” St. George Mayor Jon Pike said.

“Not only will we be able to house more students and fans for Dixie State events, but for other events, such as high school football and soccer, other kinds of things, track. All those things will be enhanced.”

The new higher capacity will reach the magic number of 10,000 seats and will allow high school championships and other games to be held locally rather than in northern Utah, Pike said.

“From an economic development perspective, this kind of thing is, again, huge for St. George, for Washington County because it’s inviting. More students will come because they’ll see this signal of the university’s commitment not only to academics but to sports. And people look to that.”

In addition to increasing the number of seats, the renovation project will include an east grandstand structure, new locker rooms, restrooms, concessions and ticketing.

The entire renovation project is expected to cost roughly $34 million. The balance of needed funding will come from a combination of state funds for rebuilding the track, sales of stadium suites, corporate sponsors and private donations.

Legend Solar will also install 1.5 megawatts of solar panels on Dixie’s campus over the next 10 years – the equivalent of 15-20 percent of the college’s total power consumption.

The solar installation is expected to generate power for the stadium and other buildings and save the university approximately $300,000 each year.

Shaun Alldredge and Shane Perkins founded Legend Solar just four years ago. The company currently has 140 employees and had 400 percent revenue growth in 2015; the company is headquartered in Southern Utah and has five offices in three states.

Hansen Stadium, which will be renamed Legend Solar Stadium, is located on 700 East Street in St. George. It was built in 1985 and was the site of the Dixie Rotary Bowl until 2008.

The stadium was funded by a donation from the George T. Hansen Foundation, a Salt Lake City charitable foundation, according to information from Dixie State.

Shay McClure was named the new head football coach in December 2015. The Dixie State team, now known as the Trailblazers, has never had a winning season since moving from junior college to NCAA Division II in 2006.

McClure replaced Scott Brumfield as the head of the DSU program. Brumfield resigned after six years with a record of 14-50. 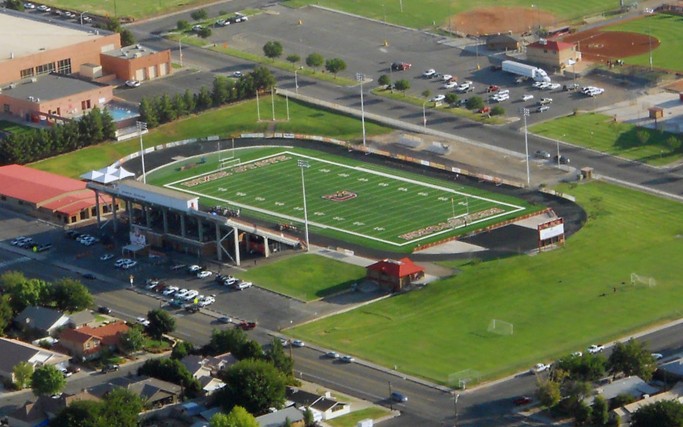 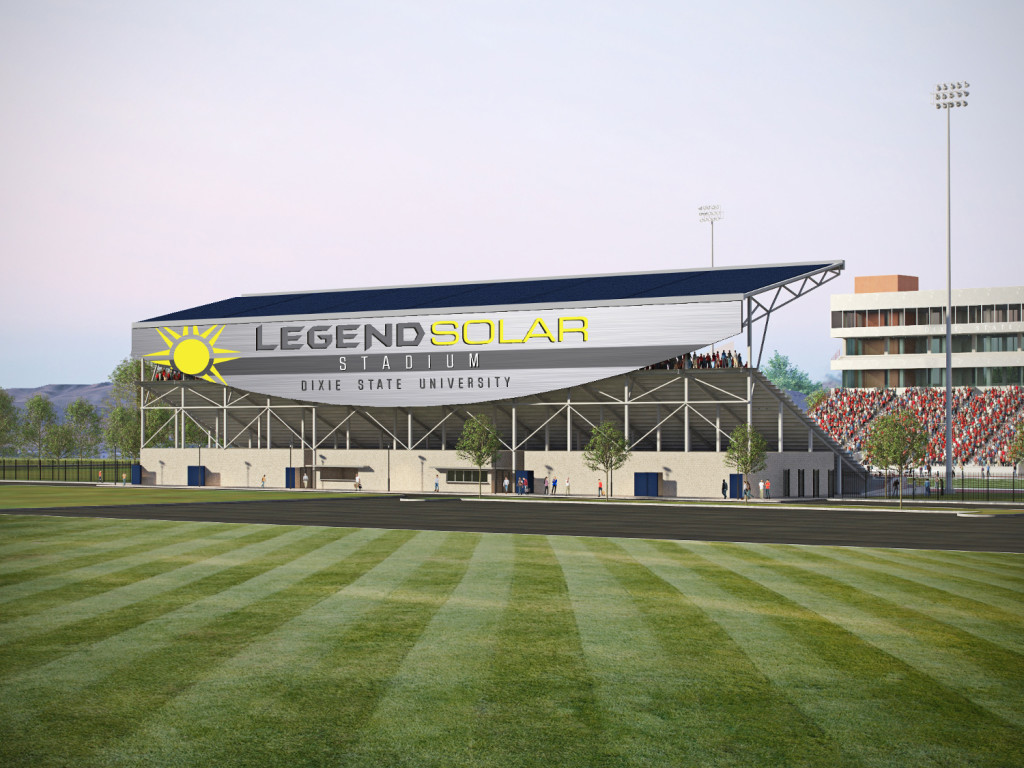 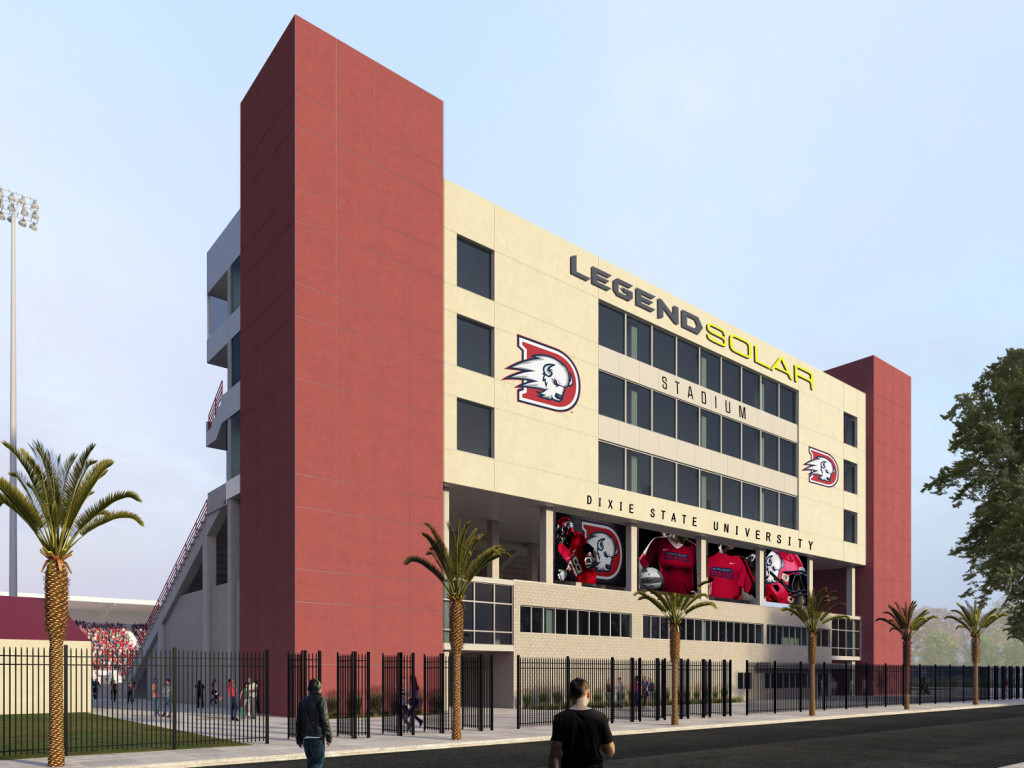 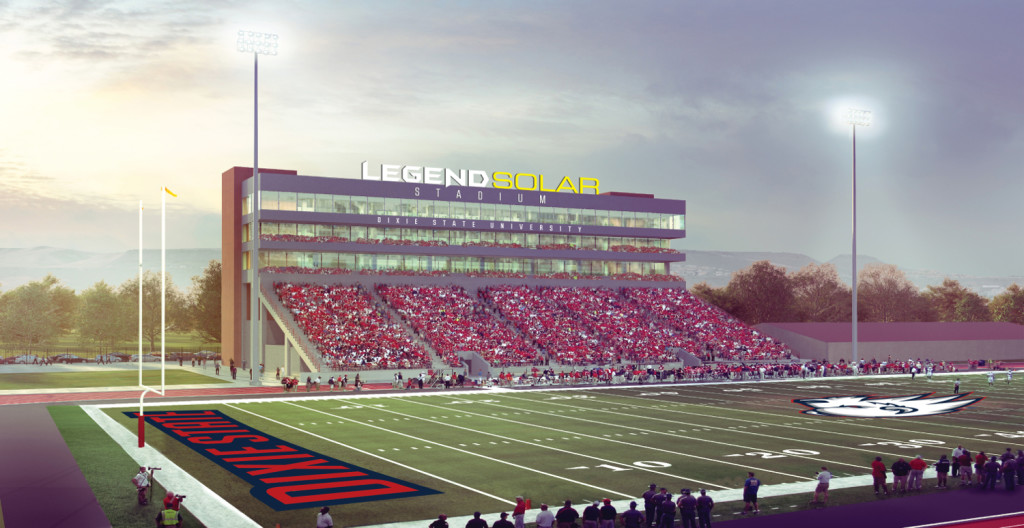 Over 115,000 square feet of sod replaced in Washington County as part of statewide water-saving campaign