ST. GEORGE — A faulty drain on the roof of the Red Lion Inn led to a flood of water pouring into the lobby Friday afternoon.

A thunderstorm accompanied by heavy rain dumped large amounts of water in St. George, and the resulting deluge broke through the roof and ceiling of the building.

At approximately 2:40 p.m., emergency personnel received reports of water pouring through the ceiling at the Red Lion Inn at 850 S. Bluff Street. When they arrived, water was draining through a small hole in the roof and several ceiling tiles were on the lobby floor.

A break in a pipe on the roof was the main culprit in the deluge, captain Dan Cazier with the St. George Fire Department, said.

“They had a drain on the roof, that drains water off of the roof, a fitting broke and allowed all the water that was on the roof to dump down inside the building,” Cazier said. “There was no roof collapse, just some of the false ceiling collapsed.”

Fire fighters used long poles to pull down the remaining waterlogged ceiling tiles. The lobby was closed while emergency personnel assessed the scene.

It was too early to estimate the cost of the damage, Cazier said.

Stella Hawley, director of sales for Red Lion Inn, said she was sitting at her desk when she noticed something peculiar.

“All of a sudden I look down and it looked like it was raining in the lobby,” she said. “The water was just gushing down. So I walked out and I could tell the ceiling had fallen through. It just accumulated all this water up there, and it fell through.”

Fortunately, she said, there was no one in the lobby at the time. The hotel has experienced minor leaks before, but not of this size. With the exception of the lobby, the hotel remained open during the ordeal.

HiCaliber flood restoration specialists were called in to siphon the water and repair the damage.

It was estimated that it would take approximately one hour to siphon the water and get the debris picked up, Hawley said. 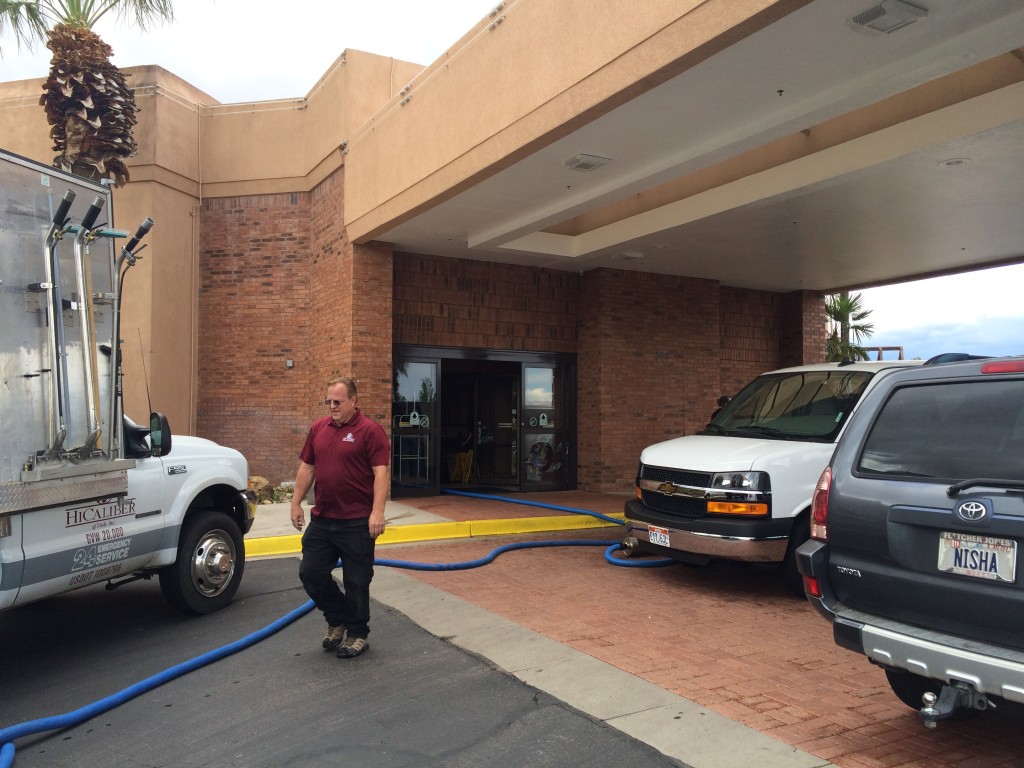 An employee of HiCaliber flood repair specialists gets ready to work on the flooded lobby of the Red Lion Inn in St. George, Utah, April 29, 2016 | Photo by Don Gilman, St. George News 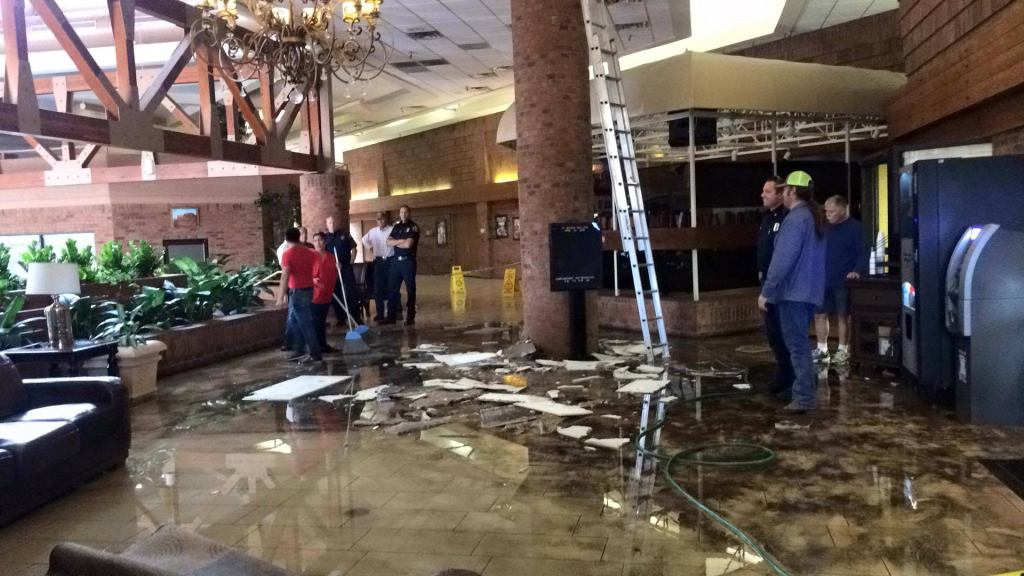 A heavy rainstorm was partially responsible for water pouring in through the roof of the Red Lion Inn in St. George, Utah, April 29, 2016 | Photo by Don Gilman, St. George News 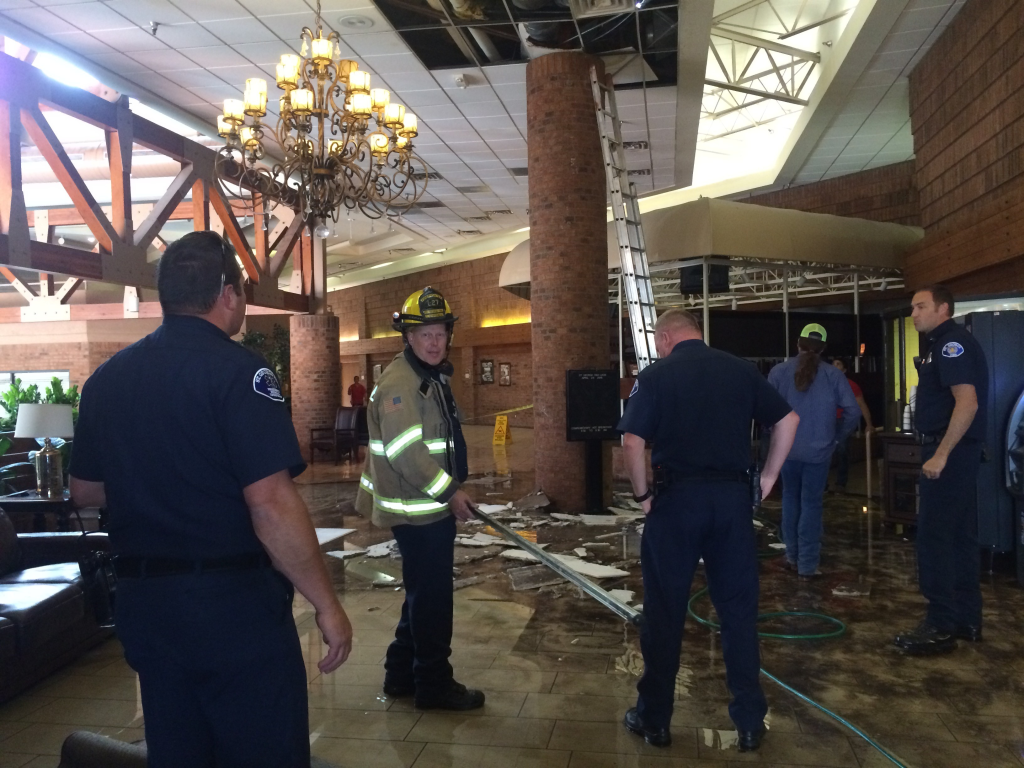 Firemen from the St. George Fire Department examine the damage inflicted to the Red Lion Inn after a heavy rainstorm and a faulty drain caused water to pour through the roof and into the lobby of the hotel in St. George, Utah, April 29, 2016 | Photo by Don Gilman, St. George News