ST. GEORGE — The launch of a documentary featuring a war hero and leading environmental activist went on as planned Friday, even though the film’s star and subject endured an untimely shoulder injury earlier in the day.

The private luncheon held at the Children’s Museum to launch “Leading from the Front,” a documentary portraying the life of Pete McCloskey, was attended by veterans, city officials and the film’s director and producer Robert Caughlan.

McClosky spoke at the event and even answered questions before quietly slipping out to be taken to the hospital by his wife, Helen, who kept an ice pack on her husband’s shoulder through much of the luncheon.

McCloskey, a former Republican senator from California and a Marine war hero, is the topic of the documentary “Pete McCloskey: Leading from the Front” that portrays his nearly six decades of heroism, activism, environmentalism and efforts to create political change in the country.

The first showing of the film occurred Friday at the Electric Theater at 7 p.m., with another showing scheduled for Saturday at 7 p.m. at the Zion Canyon Theater, 145 Zion Park Blvd. in Springdale.

The luncheon was attended by the documentary team including McCloskey and Caughlan, a longtime friend and associate who came up with the idea of making the film back in 2001.

Work began on the project just after 9/11, as McCloskey and Caughlan celebrated a victory in the largest Clean Water Act case in American history, Caughlan said.  The idea occurred to him in the aftermath of a long court battle and the ensuing victory.

“Knowing McCloskey for so long, I started thinking that someone out there ought to tell his story,” Caughlan said. “And, it turned out to be me.”

And what a story it is.

McCloskey, a Marine veteran, served in World War II, Korea and Vietnam. But it was the Korean conflict where he made his mark for military action. McCloskey led more bayonet charges during that time than anyone since the Civil War. He received the Navy Cross, the Silver Star and two Purple Hearts for his efforts.

McCloskey also served for eight terms as a Republican senator, becoming known as “the Teddy Roosevelt of Congress.”  Much of that stems from the admiration he held for the late president, particularly for his role in mediating the Treaty of Portsmouth, signed on September 5, 1905, ending the war between Japan and Russia. President Roosevelt was awarded the Nobel Peace Prize for his efforts the following year.

Much like Roosevelt, McCloskey entered politics believing that a balance existed between Republicans and Democrats. Environmental issues were also very important to McCloskey. He was the lead author of the Endangered Species Act, signed by President Richard Nixon in 1973, and co-founder of the first Earth Day, established on April 22, 1973, marking the birth of the environmental movement.

“Leading from the Front” was bought to St. George after Caughlan received an invitation from Dixie State University’s DocUtah team in the hope that the film could be included in its monthly series.

“DocUtah is an exciting project,”  Caughlan said. “We are honored to be a part of it.”

Mingling in the crowd were members from the St. George City Council, as well as St. George Mayor Jon Pike and Councilman Joe Bowcutt, who has three sons who have all served in the military.

Pike praised the accomplishments of McCloskey and the work that went into creating the documentary. He also paid tribute to DocUtah for presenting the film and for inviting McCloskey and Caughlan to St. George for the showing.

“This year, DocUtah is showing a film each month at Electric Theater,” Pike said. “I just can’t think of a better way to spend a Friday evening and to see how life used to be.”

Several veterans from all branches of the military attended the event at the museum.

“Pete McCloskey is pretty famous for us, the Vietnam veterans,” veteran Erwin Aguayo said. “We admire him for what he believes in and for fighting for it.”

Aguayo served in the United States Navy in “Operation Market Time,” and was in Vietnam from 1965 until 1967 as part of the “Brown Water Navy.”

“Operation Market Time” was a coordinated operation to stop troops and supplies from flowing into South Vietnam from North Vietnam by way of the South China Sea and Gulf of Thailand. Those serving in this operation were known as “Brown Water Navy” sailors who spent most of their time patrolling in small gunboats and river boats while scanning over 3,000 miles of waterways in Vietnam to stop supplies and goods being smuggled from the north.

As the luncheon came to a close, McCloskey, a man who served in three wars and became a champion for animals, the Earth, veterans and peace, slipped quietly away and was transported to Dixie Regional Medical Center in St. George by his wife of 34 years, Helen McCloskey. 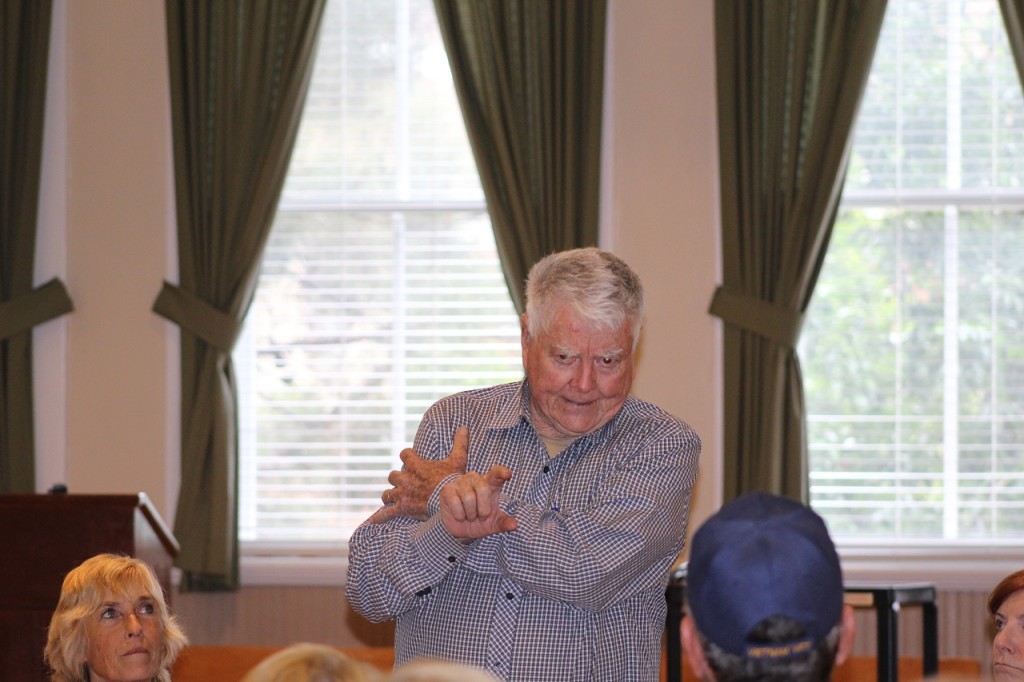 An injured Pete McCloskey, speaking at private luncheon before the showing of "Leading from the Front," at the Children's Theater, St. George, Utah, April 29, 2016|Photo by Cody Blowers, St. George News 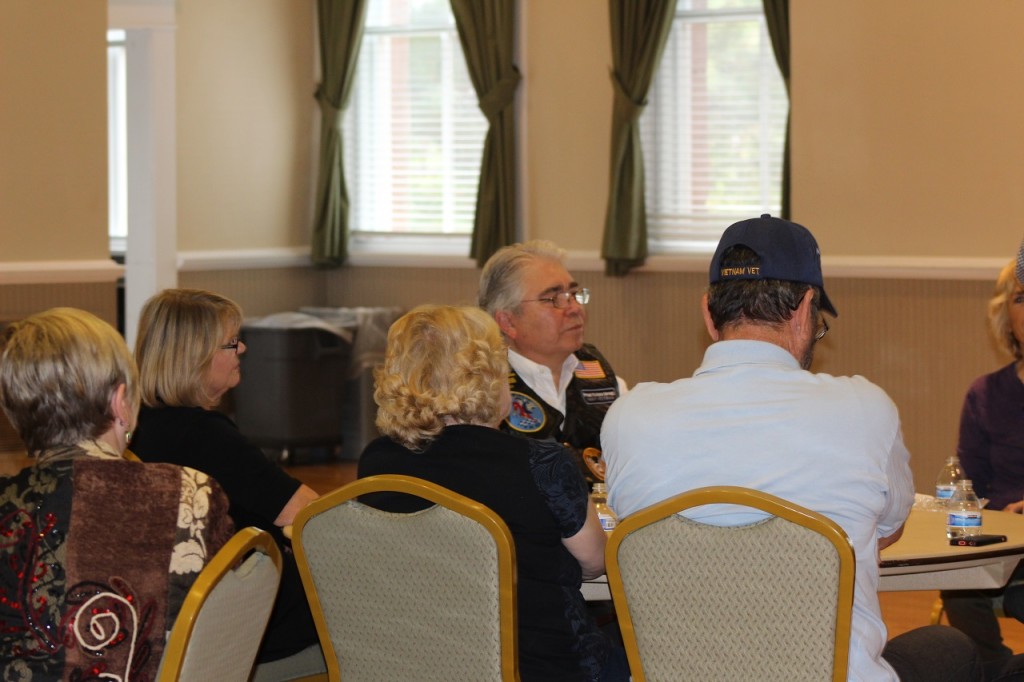 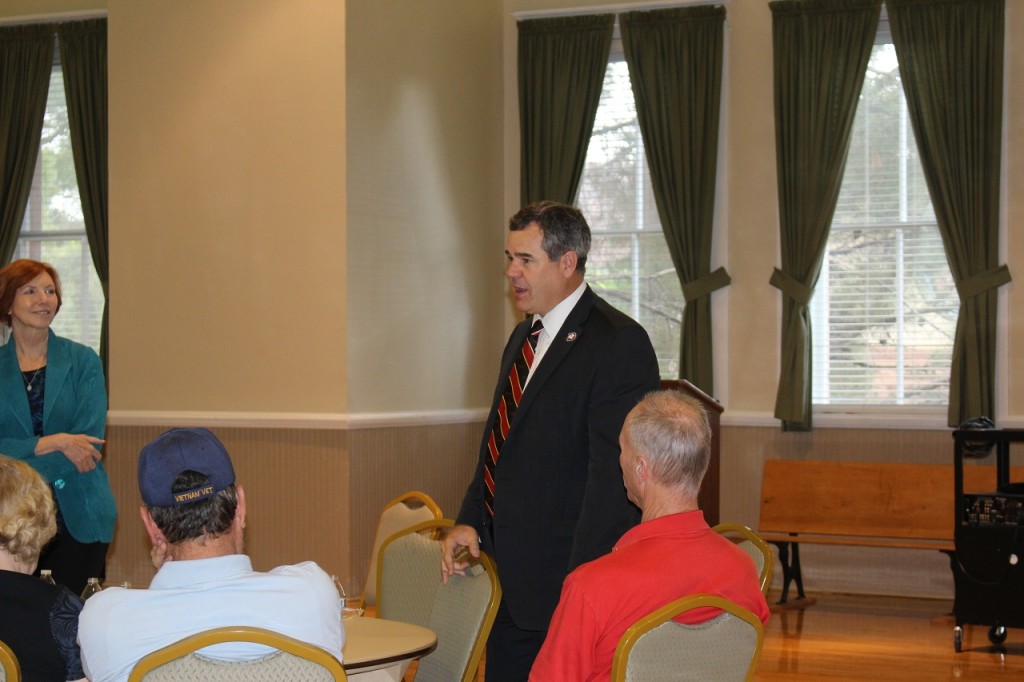 Mayor Jon Pike speaking at private luncheon before the showing of "Leading from the Front," at the Children's Theater, St. George, Utah, April 29, 2016|Photo by Cody Blowers, St. George News 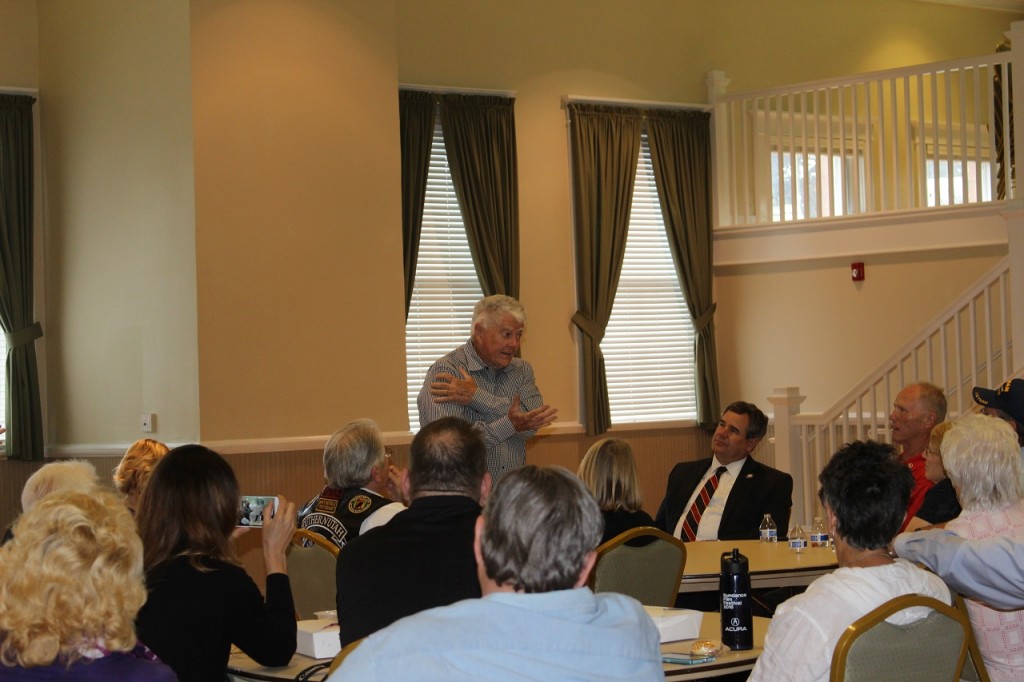 An injured Pete McCloskey, at private luncheon before the showing of "Leading from the Front," at the Children's Theater, St. George, Utah, April 29, 2016|Photo by Cody Blowers, St. George News 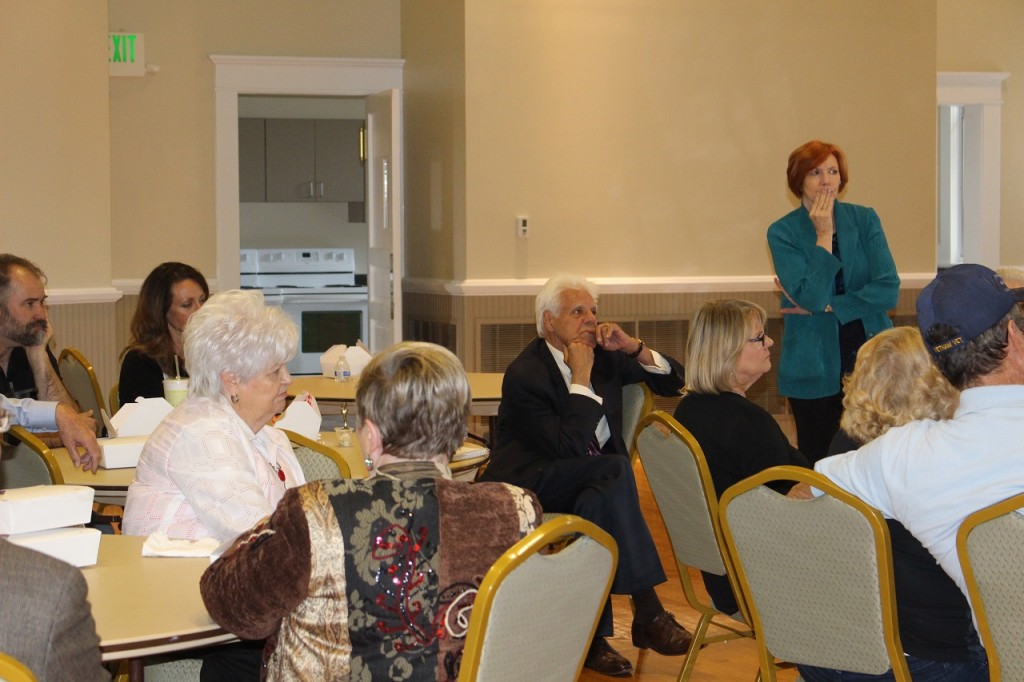 Director and Producer Robert Caughlan, before the showing of "Leading from the Front," at the Children's Theater, St. George, Utah, April 29, 2016|Photo by Cody Blowers, St. George News

2 showings of 'Pete McCloskey: Leading from the Front' with his personal appearance