ST. GEORGE — The parents and doctors of two Mormon missionaries, who returned to the United States earlier this week after being injured in the Brussels, Belgium, bombing attack March 22, spoke at a news conference held at a Salt Lake City hospital Thursday morning.

Court and Amber Empey – parents of Joseph “Dres” Empey, 20, of Santa Clara – and Chad and Kymberly Wells – parents of Mason Wells, 19, of Sandy – discussed the health and recovery of their sons who are receiving medical treatment for burns and other injuries at the University of Utah.

The parents said they are grateful their sons were not more seriously injured during the terrorist attack, and said their thoughts continue to be with those who died or have a longer recovery ahead of them.

When Amber Empey first received word that her son had been injured in the bombing, she said she was fortunate enough to hear it from her son himself.

“There were a lot of parents and loved ones who did not receive a positive phone call,” Amber Empey said. “And our hearts break when we think about all of the people who have suffered and will continue to suffer forever because of these tragic events. We are so excited about how our sons are doing … But along with that comes a lot of sadness.”

Court Empey said his family is excited to get back to their home in St. George. He added that the love and support his family has felt from the people of St. George as well as Brussels and around the world has been overwhelming.

“I think the biggest thrill was just seeing our son for the first time in Belgium,” Court Empey said, “and just seeing his eyes and seeing that he was OK was probably the most peace I’ve had in my whole life. It was amazing to see that he was doing as well as he had, and then the peace of coming home and being back in the United States and back here in Utah was just a relief.”

“We are fortunate, we feel blessed that they survived,” Chad Wells said. “However, we know that there were a lot of people who didn’t have the same outcome as us and we are very mindful of the loss that a lot of people have suffered.”

Kymberly Wells said a concern she has for her son is whether he will be able to fulfill his life-long dream of serving his country by joining the military.

“For Mason, this may be a change of course for what he thought he was going to do. Maybe not,” she said. “But I think that’s probably my biggest concern is I know what this kid is passionate about, and I hope that he will be able to find a way to do what he has always felt strongly he wants to do.”

The two missionaries saw each other for the first time since the bombings just two days ago at the Utah hospital, Court Empey said, adding that he believes the two will continue to be a source of support and comfort for one another for the rest of their lives.

“Mason and Dres both have gone through this together, and what’s been beautiful is watching them respond to it together,” Court Empey said. “When we saw them finally see each other for the first time after the airport, they talked about some specific feelings they had and it was really an amazing experience to watch them reconnect after a week of being in different hospitals.”

Wells and Empey have both been released from their missions, according to a statement from The Church of Jesus Christ of Latter-day Saints earlier this week.

The parents were accompanied at the conference by Dr. Stephen Morris, medical director of the hospital’s burn center, and Dr. Giavonni Lewis, surgeon at the burn center, who are treating the two men.

“Both Mr. Wells and Mr. Empey arrived in actually pretty good condition, so I thank our Belgian colleagues for taking good care of them while they were there at the initial trauma,” Lewis said. “I’d like to emphasize, and I think they would too, that they just feel incredibly lucky to have survived this injury. And they are doing quite well, in good spirits and they’re healing well.”

While Morris said the two men will likely make full recoveries from their burn and shrapnel injuries, he said it is too early to say when they might be released from the hospital, adding that with burn injuries, it can often take months and even a year or two of therapy and ongoing care to reach full recovery.

Lewis said Wells may need further surgery on his injuries.

A third Utah missionary injured in the blast, 66-year-old Richard Norby, of Lehi, remains at a Brussels hospital where he awaits surgery on a broken leg and to remove shrapnel before being brought home to the United States for additional care, according to the statement issued by the LDS Church. He was brought out of a medically induced coma Saturday and is responsive.

A fourth LDS missionary, 20-year-old Fanny Rachel Clain, from Montélimar, France, was also injured in the attacks. Clain was less seriously injured, according to church officials, and will resume her missionary service in the United States when she has fully recovered from her injuries.

Chad Wells said the good in the world outweighs the bad and that he feels just as comfortable sending his next two boys out on an LDS mission as he felt with his first son.

“Because I trust God, and I trust the church has done such a great job to care for these wonderful missionaries,” he said. “So our message today is about peace and hope and healing and faith and just trusting in God. And live your life – get up and move forward each day. There’s challenges out there, but we can overcome them through faith and hope.” 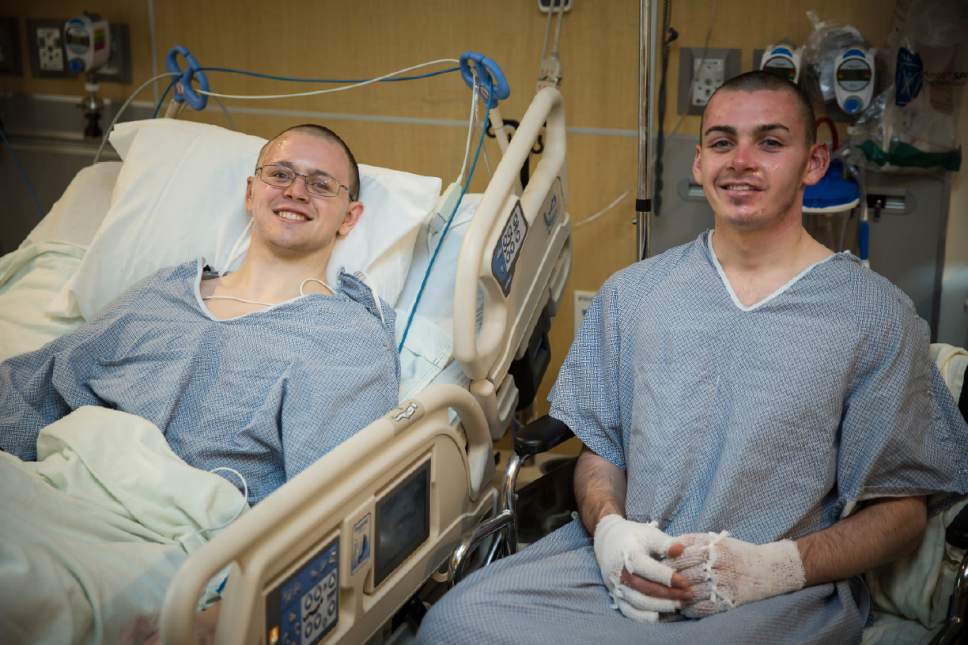 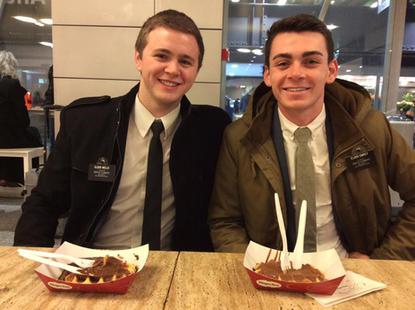 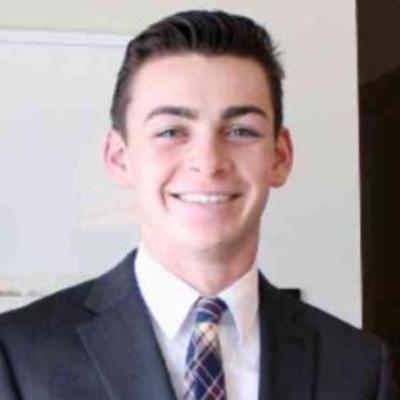 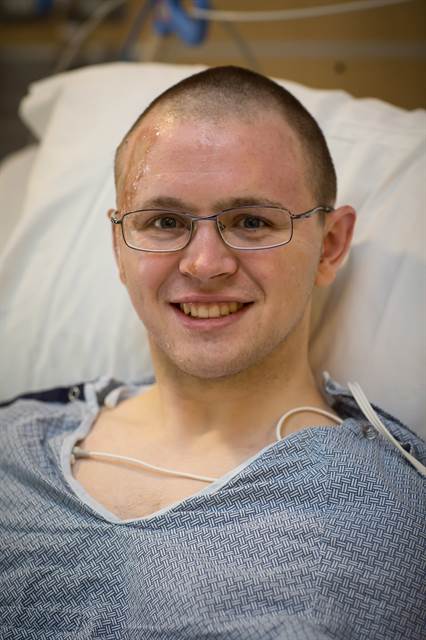 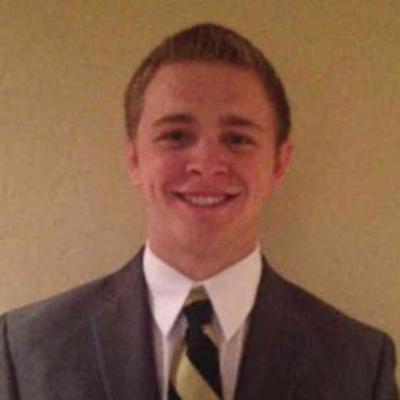 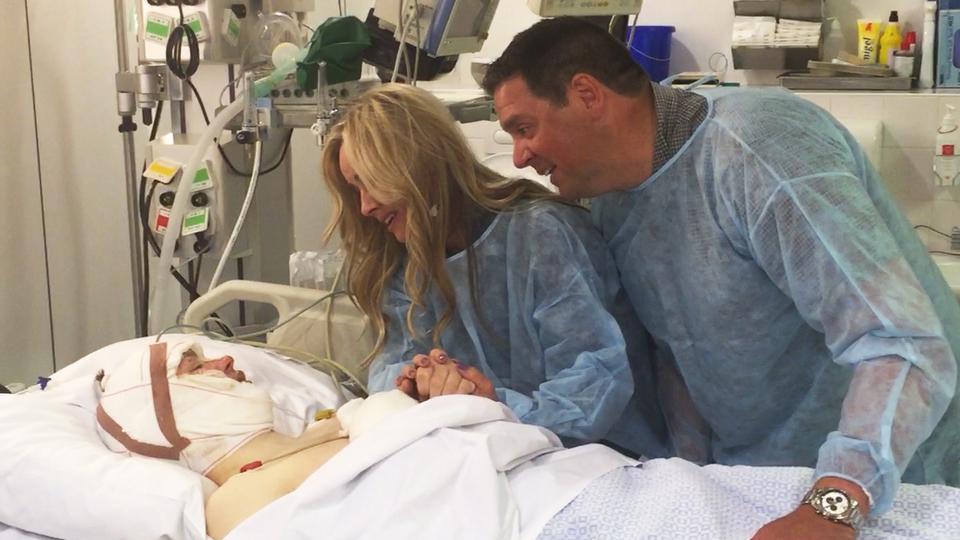 Elder Mason Wells of Sandy, Utah, is greeted in a Belgian hospital by his parents on Thursday, March 24, 2016. Elder Wells was among four Latter-day Saint missionaries injured in an explosion at the Brussels airport on Tuesday, March 22, 2016 | Photo courtesy of LDS Newsroom, St. George News 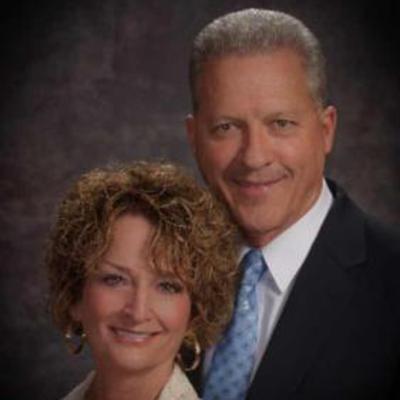 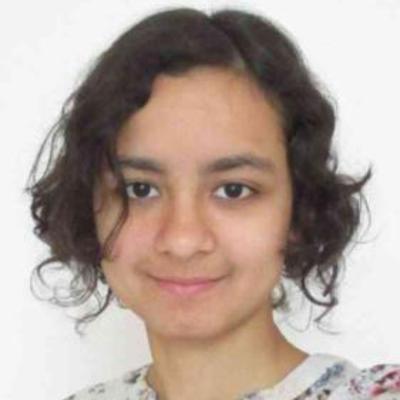 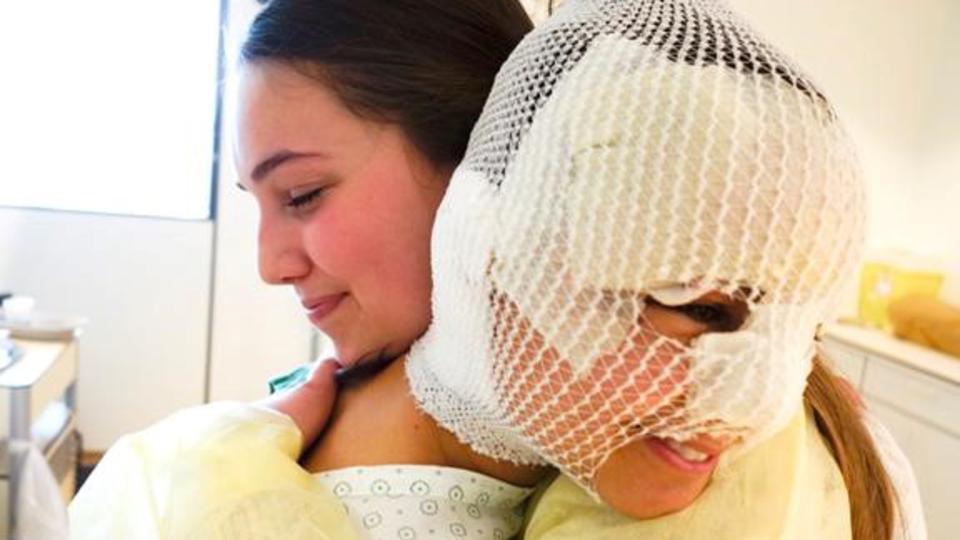 Sister Fanny Rachel Clain, a Mormon missionary who was injured in one of the March 22 bombings in Brussels, gets a visit in the hospital from her former missionary companion, Sister Haylie VanDenBerghe| Photo courtesy of LDS Newsroom, St. George News 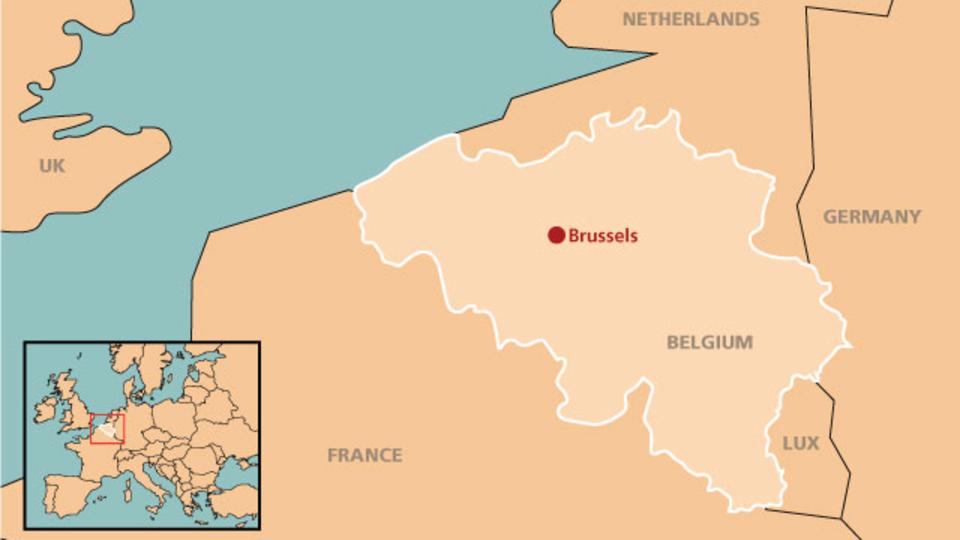 2 LDS missionaries injured in Brussels bombing back in Utah