The female driver of a 2004 GMC Envoy was traveling west from the Panguitch area to Cedar City when she lost control of her vehicle, Iron County Sheriff’s Deputy Doug Twitchell said.

“She was the last of a group of about three or four cars who were coming down a straight stretch and going into a curve,” he said. “The roads were icy, and she had seen brakes from the cars in front of her and tapped her brakes … basically the back end came up from under her.

The Envoy rolled across the eastbound lane and ended up in an embankment near milepost 5, Twitchell said, approximately five miles east of the junction with Interstate 15.

Twitchell said that just 300-400 feet past where the Envoy landed was a guardrail and a drop off on the west shoulder, but where the SUV landed, there were hills on both sides of the highway to catch it.

“When I was up there, it was still only 30 degrees out,” he said, adding that there was still plenty of ice on the roads despite the fact that the sun was up and it had begun to melt.

By the time Twitchell arrived on the scene, a Utah Division of Wildlife Resources officer had helped the 48-year-old Richfield woman out of the Envoy. She was the only occupant in the SUV at the time of the accident.

The call to the scene originated at 9:57 a.m. from Cedar Communications Center, Twitchell said, and Utah Highway Patrol was called to the scene.

However, as the trooper was en route, another crash near Beaver pulled the trooper off of the state Route 20 accident. Twitchell said he was in the area, so he took the call but as a result of the delay didn’t arrive until 40 minutes later.

“I was north of Parowan, so I was the closest one to it,” he said. “So I just went up and handled it.”

The Wildlife Resources officer assisted with traffic control while Twitchell took the report and processed the scene. 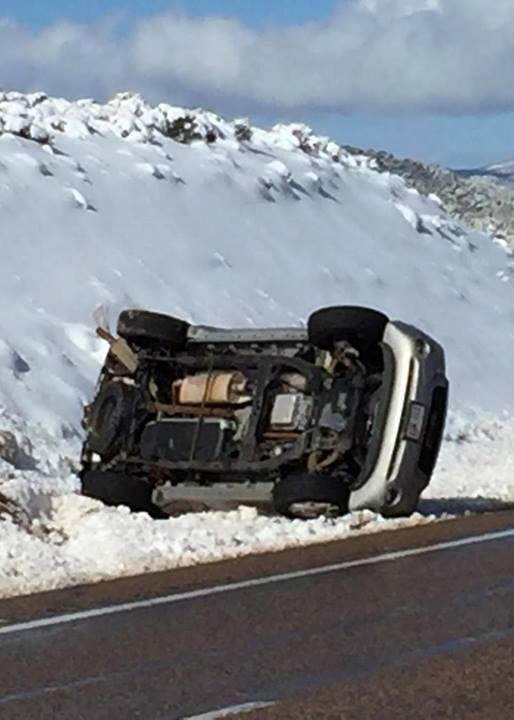 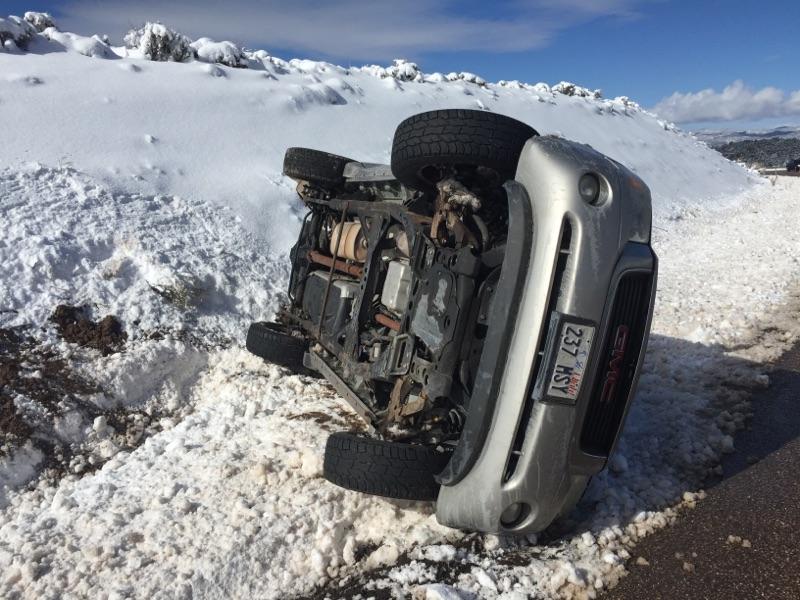 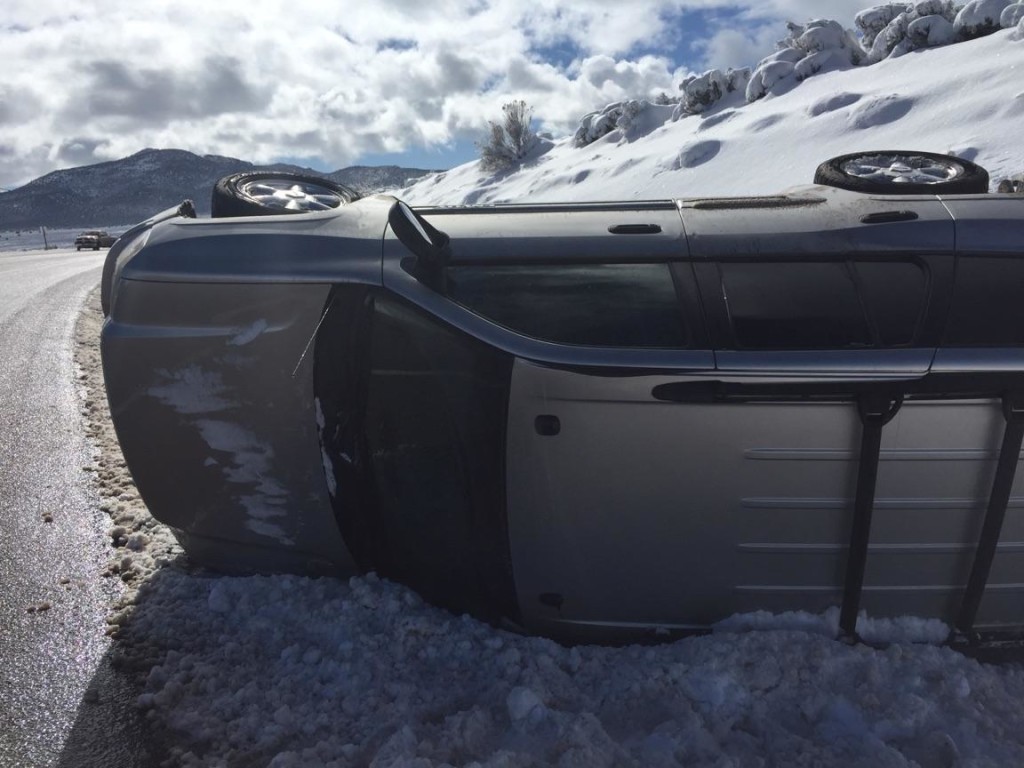 'I can do something about it now'; protesters have heart-to-heart with St. George mayor, police officials

Mountain biker rescued near St. George airport with the help of his 911 call