A Utah man who mysteriously contracted Zika from his infected father may have got it by touching his dad’s tears or sweat with his bare hands, according to new research unveiled Wednesday, Salt Lake City, Utah | Stock photo, St. George News

ST. GEORGE – The virus that is sweeping across the Americas is again hitting closer to home as Arizona health officials report the state’s first confirmed case of Zika virus Monday and Clark County, Nevada, reported its second confirmed case of the virus. 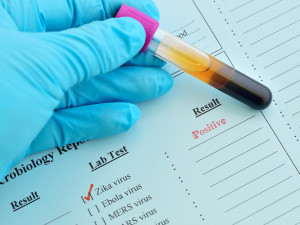 The Clark County patient is a woman who recently traveled to Brazil, the Southern Nevada Health District said in a media statement issued Monday.

The Arizona patient, a woman living in Maricopa County, also traveled outside of the United States to an area known to harbor the Zika virus before developing symptoms of the illness, according to the Arizona Department of Health Services.

Earlier this month, the Utah Department of Health announced confirmation of the virus in a Utah child between the ages of 2 and 10 who had recently traveled to an affected country.

The virus has been commanding attention as scientists have begun to connect it to increases in serious birth defects, including microcephaly, and a rare autoimmune disorder known as Guillain-Barré syndrome.

The World Health Organization declared the Zika virus an international public health emergency on Feb. 1 because of clusters of microcephaly and other neurological disorders in some areas affected by Zika.

On Feb. 8, the Centers for Disease Control and Prevention elevated its response efforts to a Level 1 activation, the highest response level at the agency, according to the organization. As many as 4 million people could be infected by the end of the year.

For many people, a Zika infection is not a serious issue. Only 1 in 5 will get sick and those who do tend to have fever, rash, joint pain, conjunctivitis, muscle pain and headaches. Four out of 5 people infected will not know they have the disease.

The problem is that evidence is pointing to the virus as the cause of an unusual rise in some serious conditions in areas affected by the Zika outbreak.

The Zika virus is believed to be linked with Guillain-Barré syndrome, a neurological illness that can cause temporary paralysis, muscle weakness, breathing problems and, in about 5 percent of cases, death.

The infection also appears to be linked to the development of unusually small heads and brain damage in newborns – known as microcephaly – as well as other neurological defects. The virus appears to cause the most harm early in the pregnancy.

Other birth defects may be associated with the Zika virus as well, including some that led to stillbirth or death shortly after birth. Miscarriages have been reported in women who have had Zika, but it is not known if the virus contributed to the miscarriages.

The transmission of Zika

Zika virus is transmitted to people primarily through the bite of an infected Aedes species mosquito. These are the same mosquitoes that spread dengue and chikungunya viruses. The Aedes aegypti mosquito picks up the virus from a human and potentially infects another person as it injects saliva from its tiny syringe-like proboscis.

While the virus is usually carried person-to-person through Aedes aegypti mosquitoes, it can also be transmitted through sex, according to the Centers for Disease Control and Prevention.

Dozens of Zika cases have surfaced in the United States, but they have involved people who became infected with the mosquito-borne virus while traveling to Zika-affected countries.

However, a case in Dallas last month marked the first report in the current outbreak of someone being infected without leaving the United States after a patient became infected with the Zika virus by having sex with a person who had contracted the disease while traveling in Venezuela, health officials said.

In a few cases, mothers have passed Zika to newborns during pregnancy. Spread of the virus through blood transfusion has also been reported and is being investigated.

Currently, there is no vaccine to prevent Zika virus disease, according to the Centers for Disease Control and Prevention, and no specific treatment for the infection.

People traveling to areas where Zika is known to be spreading should take precautions to protect themselves from mosquito bites.

Additionally, the CDC is recommending that all travelers returning from an area with Zika to take steps to prevent mosquito bites for up to three weeks, even if they do not feel sick in order to help prevent the spread of the virus in the United States.

Men returning from areas with Zika, even without symptoms, are advised that if they have pregnant partners they should wear condoms during the pregnancy.

CDC officials continue to caution pregnant women against travel to more than thirty countries, mostly in the Caribbean and Latin America, where the outbreak is growing. Pregnant women who have been to these regions should be tested for the infection.

Utah Rep. Chris Stewart introduced a bill in February that would combat Zika virus with money allocated to fight the Ebola virus. According to Stewart, $1.4 billion of the $2.4 billion earmarked for Ebola was unused as of September 2015.

Deadly 'kissing bug' makes its way to more than half the US, including Utah