SOUTHERN UTAH – Republicans and Democrats in Iron and Washington counties turned out in force Tuesday night, surprising and delighting members of both parties.

“The turnout was unprecedented,” George Loosely, Iron County Democratic Party chair, said following the caucus. “We had three times the turnout we usually have.”

The response was so high in Iron County that organizers ran out of regular ballots and had to start using provisional ones while making additional copies, Loosely said.

“The numbers were just huge,” he said.

In St. George, Ron Hansen, who helped caucus attendees find their respective precincts at Dixie High School, said the turnout there was large as well.

At least 800-plus county Republicans showed up at the high school and packed into classrooms where, in many cases, there was standing room only. Other caucuses were held at precincts across the county.

Hansen attributed the high participation numbers to people feeling upset over the state of the nation.

“They don’t like the direction the country is going,” he said, adding that preference for the three Republican presidential candidates – Donald Trump, Ted Cruz and John Kasich – seemed fairly split among party members.

Officials from both parties expected caucus numbers to be high because it is a presidential election year. Attendance was phenomenal Tuesday, party officials said, because members were able to vote their preference for president which would help determine which candidate would win Utah’s delegates.

“I’m sure the presidential caucus had a lot to do with (the turnout),” Rep. Don Ipson, R-St. George, said after his precinct met. “It generated a lot of interest.”

Utah Republican Party officials estimate that as many as 200,000 party members participated in the caucus statewide. Among those, 30,000 registered to vote online.

While the Republicans packed Dixie High School locations, Washington County Democrats packed into the Tonaquint Intermediate School and Washington County Administration Building, as well as two other locations that overflowed with caucus attendees.

“Turnout was three to four times what we expected,” Washington County Democratic Party Chair Zach Almaguer said. “It was overwhelming.”

At the Washington County Administration Building, the line to get in was around the block at one point, Almaguer said.

It is also the first year that the Washington County Democrats have filled their delegate count – 89 in all – for the upcoming state convention. Almaguer said they usually have half that amount.

Statewide, attendance at the caucus has been immense. Some precincts shared the same fate as the Iron County Democrats, running out of ballots and then printing out new ones to use as an alternative.

As the county parties across the state counted ballot results late into the night, major news outlets like CNN and the Associated Press projected Democratic presidential candidate Bernie Sanders as the winner with around 74 percent of the vote compared to Hillary Clinton at 25 percent. He also won in Idaho, while Clinton took Arizona.

Ballot results for the Washington and Iron County Republican caucuses were not available by 2 a.m. Wednesday.

As the night wore on, major media outlets declared Cruz the winner with 70 percent of the vote in Utah, Kasich a distant second at around 16 percent and Trump close behind at 14 percent by 2 a.m. Wednesday.

By maintaining a lead of over 50 percent, Cruz gains all of Utah’s 40 Republican presidential delegates.

According to the Associated Press, the delegate count for the Republican presidential candidates now stands at: 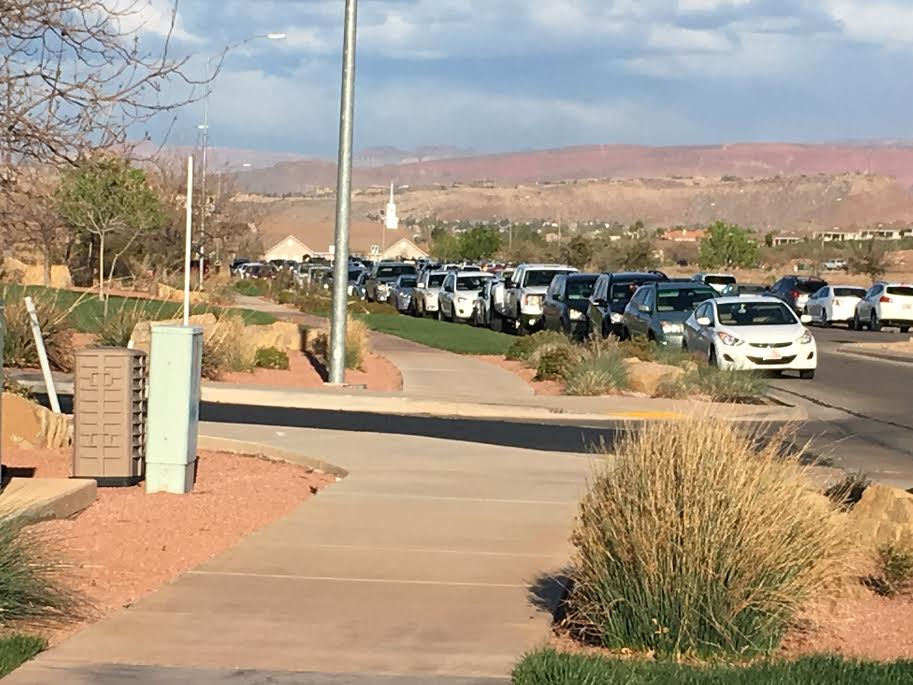 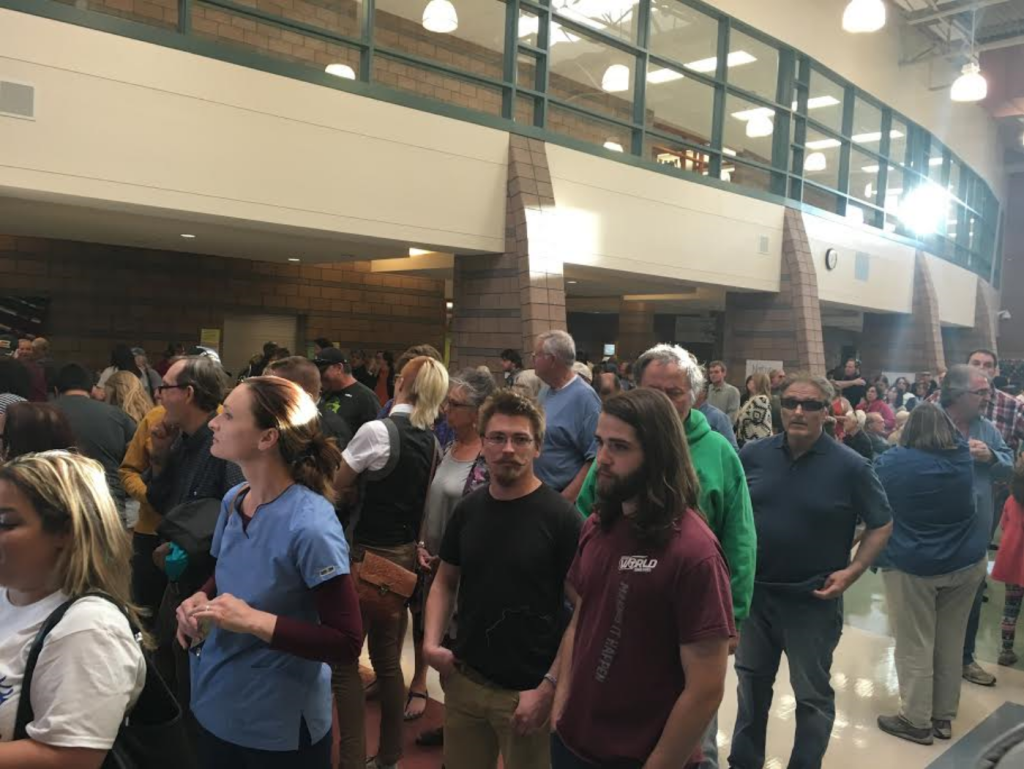 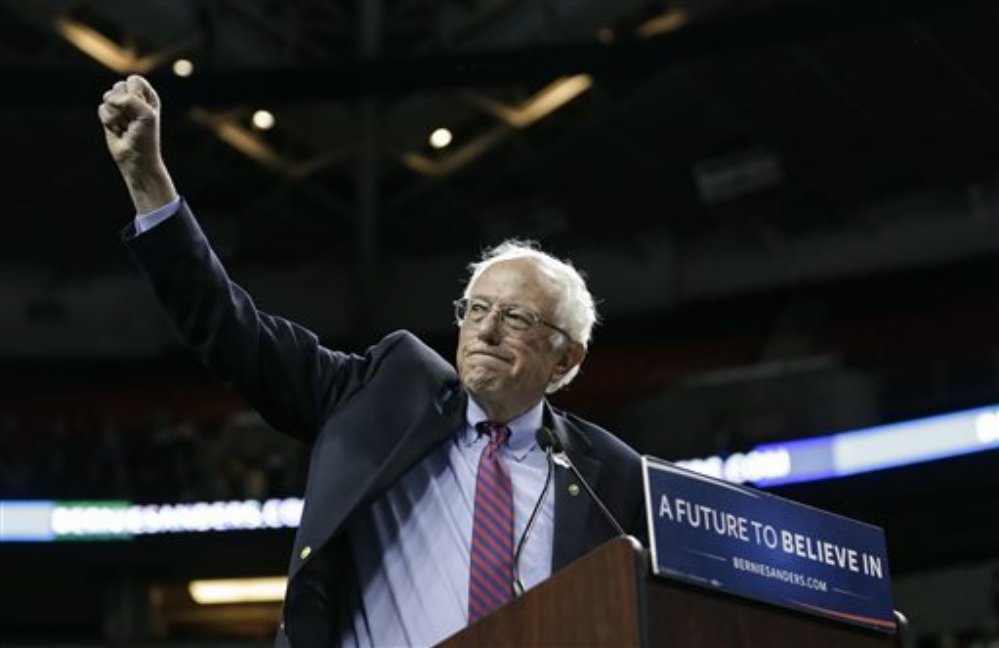 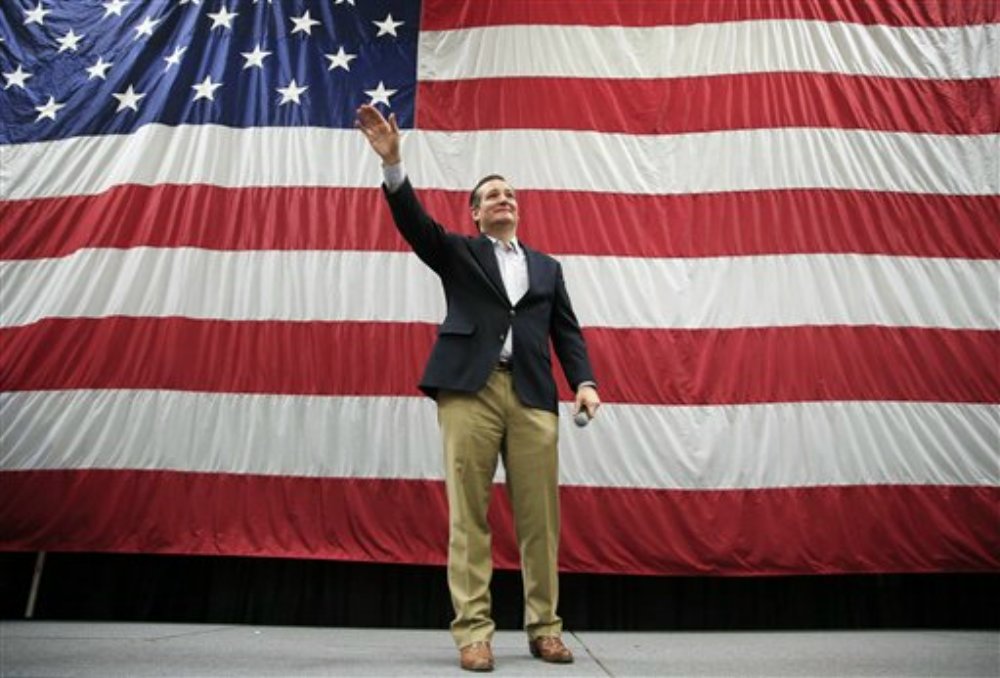 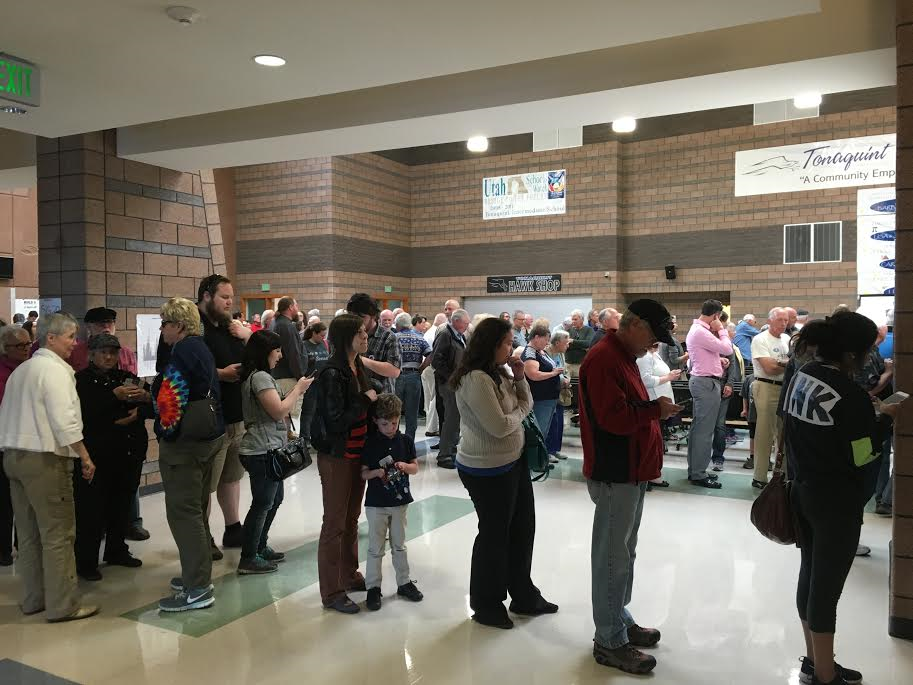 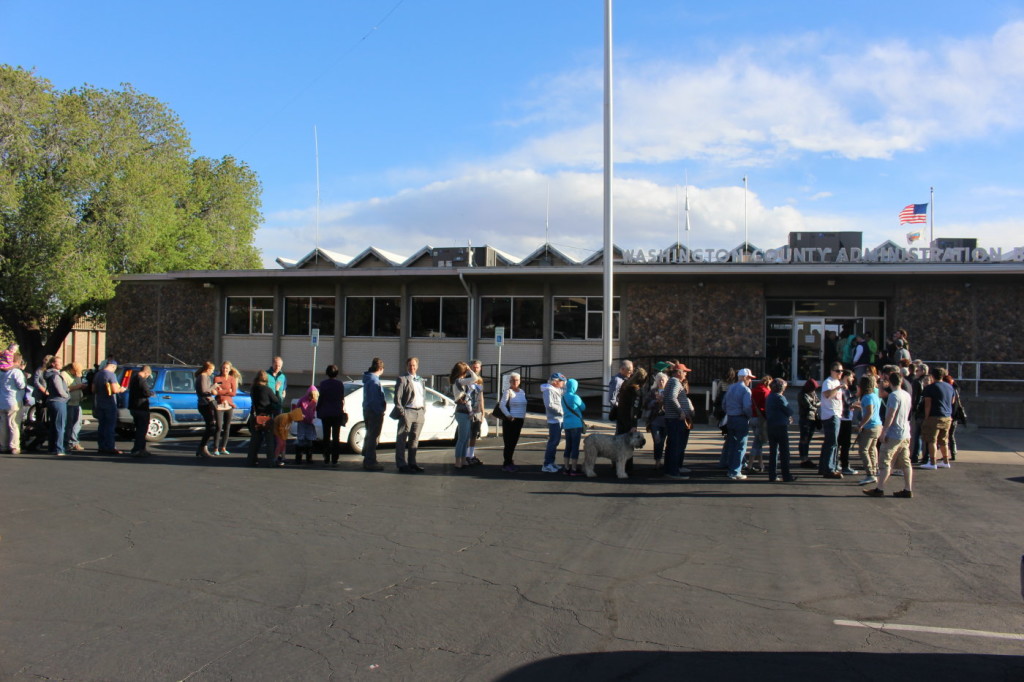 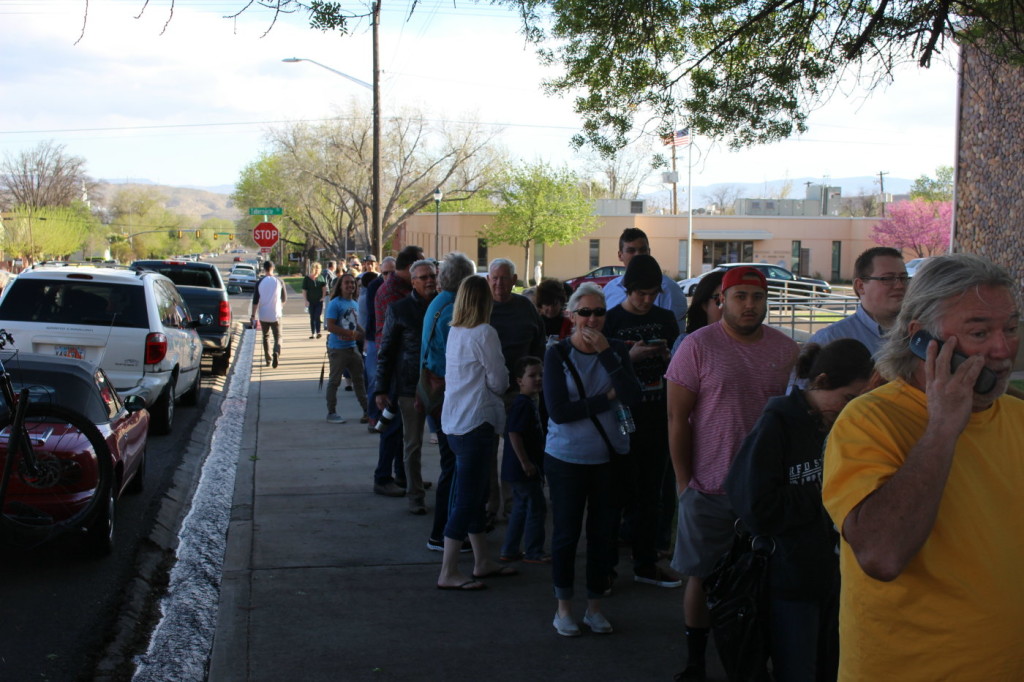 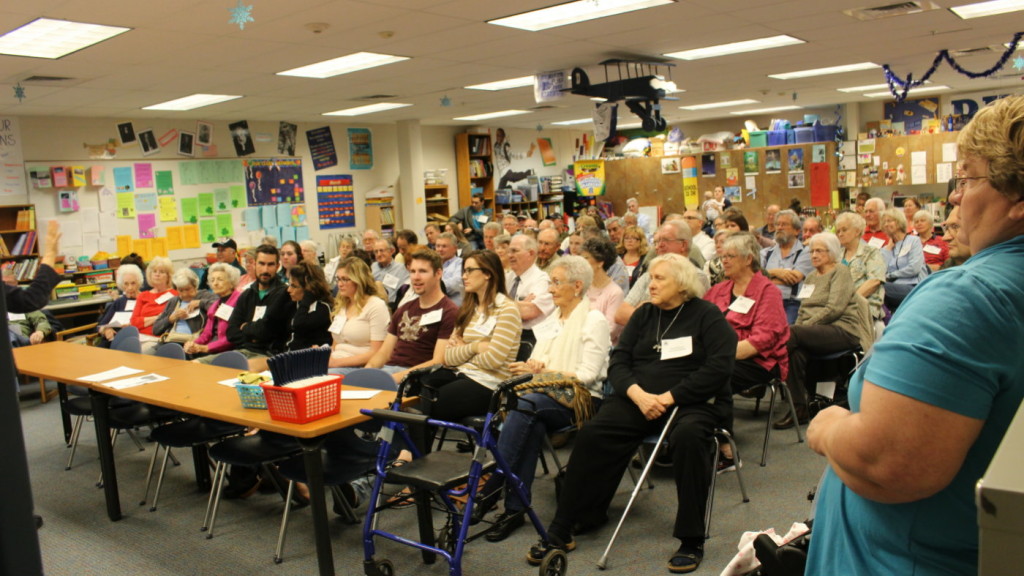 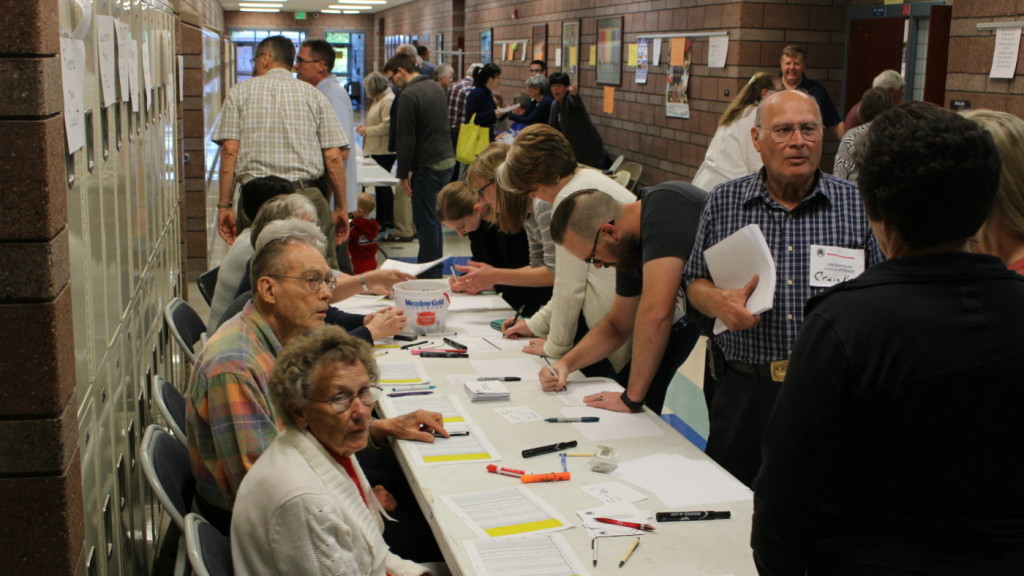 Caucus night approaches: What to know

Trump's appeal with Mormons to be tested in Utah

Community invited to line Main Street as body of paratrooper who died in Syria is returned to St. George