HURRICANE – At the Hurricane City Council meeting on Thursday evening, Councilwoman Pam Humphries said that Mayor John Bramall and the City Council have “worked (the vacation rental ordinance) to death” before the ordinance’s discussion came up on the agenda. The council ultimately approved recently agreed-upon administrative procedures and lifted a moratorium on the ordinance enacted last fall.

Humphries and Councilman Kevin Tervort dissented on the vote to approve the ordinance with its new administrative procedures, but it passed with the three other council members’ votes to approve.

The changes in how the ordinance will be administered that differ from those agreed upon in the Feb. 10 meeting include a minimum distance of 300 feet between each rental, down from 600 feet. Another change is the amount of time a residence must be a traditional residential dwelling before being converted into a short-term rental, which was reduced from one year to six months. The ordinance also places a limit on the amount of vacation rentals within the city limits — three per 1,000 population — which at current population levels means only 48 would be allowed, Councilwoman Cheryl Reeve said.

Before the council entertained a motion for its approval, Humphries voiced her internal struggle with the ordinance, saying that residential neighborhoods should be protected from a business that could negatively affect them. However, she said she also feels the need to protect residents who want to do business. Ideally, she said vacation rentals should only be allowed in certain areas, especially new subdivisions zoned for such a use with buyers expecting that use when purchasing property in such developments.

When elected, Humphries said she felt she was tasked with protecting “the health, safety and welfare of the whole town.”

“I wasn’t elected for special interests,” she said.

Reeve’s view differed from Humphries. Vacation rentals aren’t going to be bad neighbors, she said. Additionally, Reeve said she feels that since there are so many other home-based businesses around town, it is unfair to discriminate against a specific one.

Despite her dissent on approval of the ordinance in its amended form, Humphries did vote yes, along with every other member on the council, to approve a $300 annual licensing fee for owners of vacation rentals.

Two members of the real estate community in attendance at the meeting were ecstatic about the City Council’s decision to move forward to approve the ordinance and discontinue the moratorium.

Kaesha Fry, a realtor with LBi Real Estate, said that a set of her clients have been watching the goings-on of the ordinance closely because of their intention to turn the second home they’re building into a vacation rental.

“They will be able to apply for a permit tomorrow,” she said of those clients.

Additionally, Fry said she has several other clients looking at Hurricane who wouldn’t have otherwise considered the location without the ordinance.

“As a realtor, it is very exciting to be able to offer something new,” she said. “Vacation rentals are so limited in southern Utah, but now there are options and that is music to my ears. As a citizen of Hurricane, I am very excited because I think the city will have a more positive perception to those on the outside. I think it will boost the quality of life here.”

“This was not an easy decision for the city,” said Kendall Clements of Escape Properties, a company specializing in vacation rentals. “I am impressed with the quality of care and consideration of the City Council and the citizens who contributed to this outcome.”

Clements said that he and his colleagues in the industry have a lot of hard work in front of them to demonstrate that they are “good neighbors,” but he doesn’t believe it to be insurmountable.

“Over time, history will look back and reflect that this was a good decision,” he said.

In addition to the the discussion on the ordinance, Detective Travis Hall presented to the council about what the Washington County Drug Task Force encountered last year.

Last year, the task force dealt with 263 cases with 413 felony arrests and 171 misdemeanor arrests. Hall said he is confident that those numbers will drop drastically this year. Ninety-eight of those arrests were for meth, and 57 of them were for heroin, which is growing in popularity, he said, adding that there have been two or three overdoses of heroin in the county in the last two months.

Hall said there is a misconception that drugs are a victimless crime, when that could not be further from the truth. He has seen families destroyed by drugs, and Bramall added that 95 percent of thefts are drug-related.

Humphries offered a personal example of how drugs are not a victimless crime, saying that she had to redo the inside of one of her rental units recently because it was destroyed by meth.

The council approved the final plat for The Retreat at Sand Hollow Phase 3A, a 26-lot subdivision. They also approved a waiver of impact fees associated with the construction of a Habitat for Humanity home.

At the Washington City Council meeting two weeks ago, the council approved continued funding until August 2016 of the contract of Scott Raine, Executive Director of the potential future Hurricane Regional Sports Complex, which is currently undergoing a feasibility study. 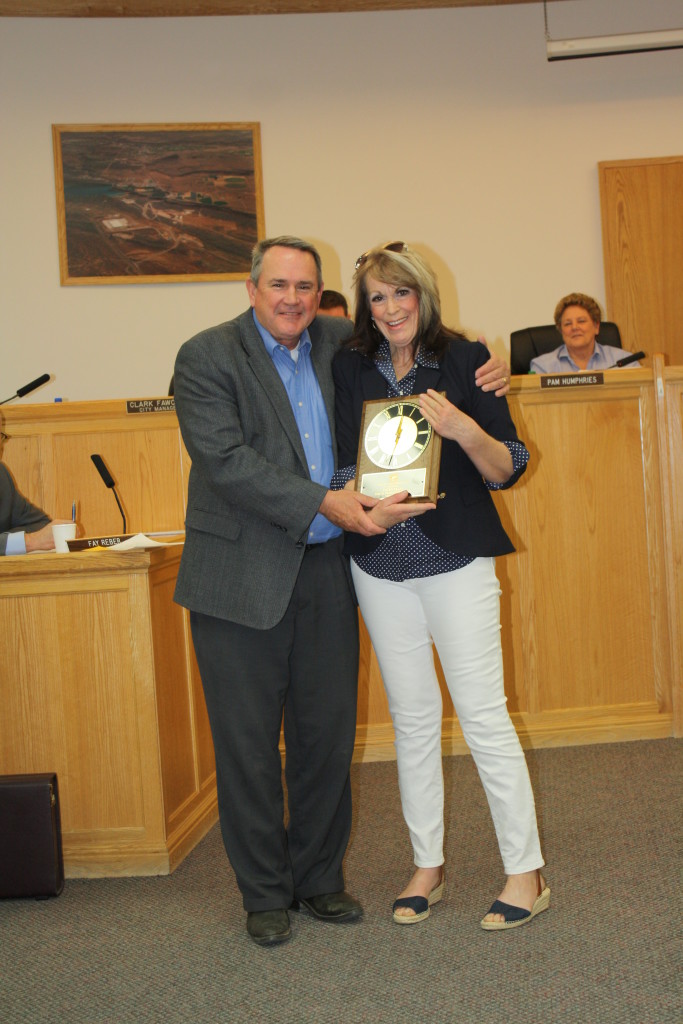 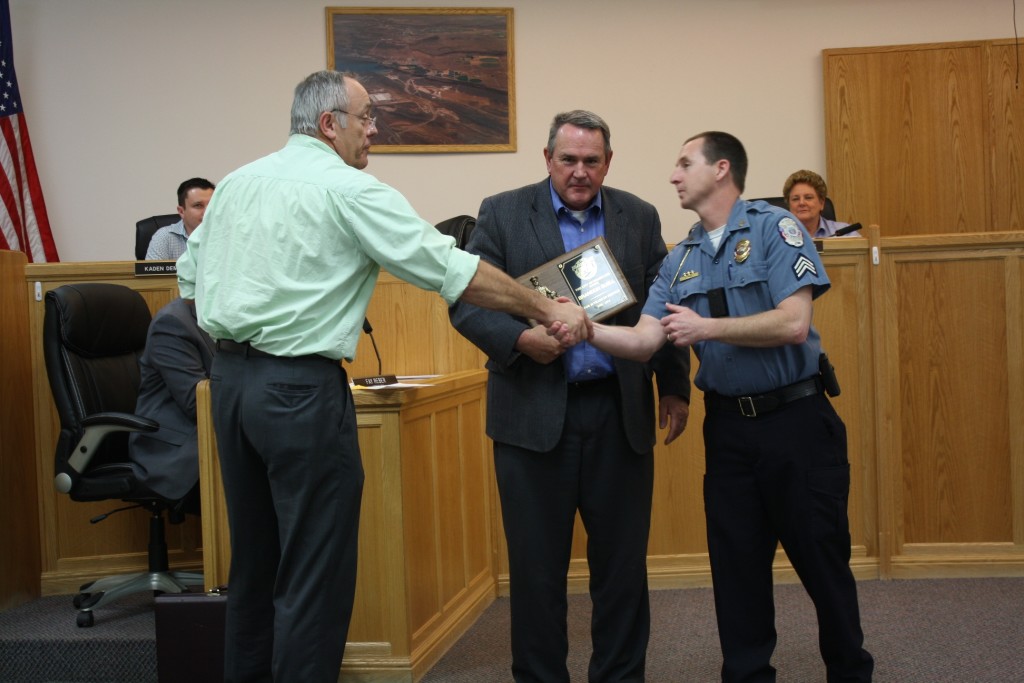 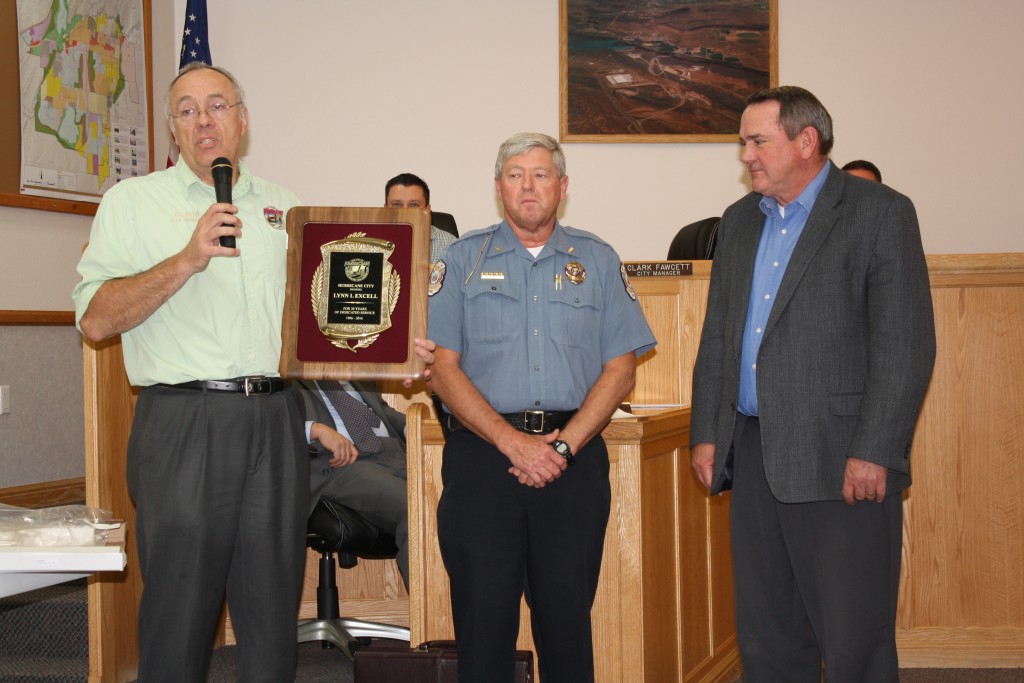 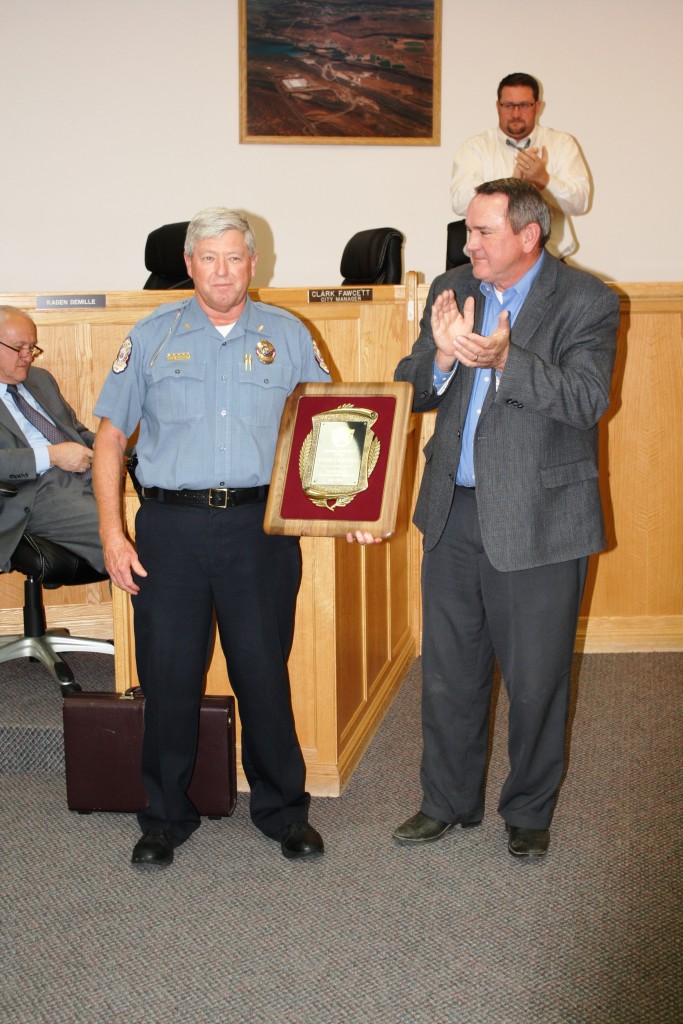