ST. GEORGE – Four southern Utahns have been sentenced this month for their involvement in a prescription drug-selling scheme in which a St. George doctor was found guilty of writing bogus prescriptions for fictitious patients.

The conspiracy resulted in the diversion of more than 81,000 30-milligram oxycodone pills for nonmedical purposes between July 2010 and March 2013.

The sentencing comes on the heels of an eight-day jury trial in U.S. District Court that culminated last month with the conviction of Dr. Simmon Lee Wilcox, 60, for conspiracy to distribute oxycodone and distribution of oxycodone. Wilcox faces up to 20 years in prison and a fine of $1 million for each of the two drug distribution counts of conviction.

I have talked before about the heroin and opioid tsunami threatening Utah. In 2012, 31.71 pounds of heroin were seized in Utah. In 2014, that number grew to 244.04 pounds. The 74,000 oxycodone pills that found their way into our communities through the 618 prescriptions Dr. Wilcox wrote are no different than a drug dealer selling heroin on the corner. In fact, these crimes are worse because they abuse the trust we place in physicians. To stop the wave we are seeing, we need to attack every angle of the heroin and opioid problem in our state.

Five co-conspirators in the narcotics scheme pleaded guilty to conspiracy to distribute oxycodone.

As part of plea agreements reached with federal prosecutors, the five co-conspirators in the case admitted they conspired with Dr. Wilcox to use his medical license to write prescriptions for oxycodone pills. To facilitate the conspiracy, one of the co-conspirators created at least 38 false identification documents for the group to use in filling the oxycodone prescriptions at various pharmacies in Utah and Nevada.

Evidence showed that Benjamin Grisel was the main facilitator in the drug-selling scheme in the sense that he brought all the components and co-conspirators together for the whole conspiracy to work, according to court documents. In the beginning, all the pills were funneled through Benjamin Grisel. 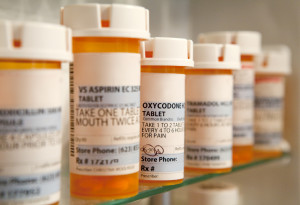 Benjamin Grisel admitted his role in the offense and provided information to law enforcement on the roles of others. He also testified against Wilcox in his federal jury trial. According to court documents, his testimony, along with other evidence, convinced a jury to convict Wilcox for his role in the drug trafficking conspiracy.

As part of a plea agreement, Benjamin Grisel was sentenced Feb. 11 to 48 months of incarceration for his role in the conspiracy.

The Court will allow Benjamin Grisel to self-surrender on Aug. 15 and recommends he is designated to a low-security United States federal prison for male inmates in Seagoville, Texas, to facilitate the Residential Drug Abuse Program and family visitations.

Evidence at the Wilcox trial showed that Brenda Grisel obtained 27,070 oxycodone 30 mg pills through prescriptions from Dr. Wilcox in her own name and in the names of those for whom she had false identification cards. However, the court only held her accountable for 17,640 pills.

As part of a plea agreement, Brenda Grisel was sentenced Feb. 11 to 12 months and one day of incarceration. The Court will allow her to self-surrender on Feb. 18 to the US Marshal’s service in Texas.

To facilitate family visitations, the Court will recommend that Brenda Grisel be designated to the Federal Medical Center, Carswell – a United States federal prison in Texas for female inmates of all security levels with special medical and mental health needs – or in the alternative Federal Prison Camp, Bryan – a minimum-security United States federal prison for female inmates also in Texas.

Perkins, along with his wife and his girlfriend, obtained a combined total of 7,090 oxycodone 30 mg pills from Dr. Wilcox, according to court documents. Perkins obtained the pills for personal use as well as to distribute for profit.

Interviews of co-conspirators as well as testimony at the Wilcox trial indicate that Perkins bought hundreds of oxycodone pills each month directly from co-conspirators over an approximate two-year period. 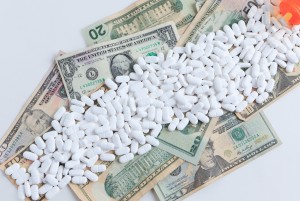 The evidence establishes that Perkins was responsible for obtaining somewhere between 4,976 and 14,925 oxycodone 30 mg pills, according to court documents.

Perkins was arrested in 2012 with his girlfriend for jointly selling oxycodone 30 mg pills to a Washington County Drug Task Force confidential informant on two separate occasions.

Perkins was charged with and pled guilty in November 2013 to distribution of oxycodone, based on the conduct that occurred in 2012, a time period covered by the conspiracy charges in this case. He served approximately one year in jail based on that conviction.

As part of a plea agreement, Judge Stewart sentenced Perkins Feb. 10 to one day behind bars with credit for time served. He must prove his ability to remain substance abuse- and crime-free during his 36 months of supervised release. He will be subject to incarceration if he is unable or unwilling to do so.

During the course of Ayrton’s involvement in this case, he was highly-addicted to opiates and painkillers, according to court documents, and was taking as many as 10 oxycodone 30 mg pills per day. In order to pay for the opiates, Ayrton would perform various tasks, repairs or office work for Dr. Wilcox.

As part of his plea agreement, Ayrton was sentenced Feb. 16 to 36 months of incarceration for his role in the conspiracy.

The Court will allow Ayrton to self-surrender on March 29 and will recommend that he is designated to the Federal Correctional Institution, Englewood – a low-security United States federal prison for male inmates in Colorado – to facilitate family visitations and also to be seriously considered for participation in the Residential Drug Abuse Program.

It was determined that Hales made the false identification documents to allow co-conspirators and himself to fill prescriptions for oxycodone using false names.

The evidence at trial showed that Hales used 51 prescriptions written under false names to obtain 4,830 oxycodone 30 mg pills, according to court documents. Hales testified that he consumed the vast majority of those, as he became an addict who took to injecting oxycodone with a needle.

Because Hales testified at the Wilcox trial and was instrumental in helping show the jury that Dr. Wilcox was knowingly involved in the conspiracy, the government recommended a sentence of 36 months imprisonment.

Hales is scheduled to be sentenced sometime this month.

Evidence at the trial showed Dr. Wilcox wrote approximately 618 prescriptions resulting in the diversion of more than 81,000 30 mg oxycodone pills for nonmedical purposes between July 2010 and March 2013.

Judge Stewart, who presided over the trial, set sentencing for Dr. Wilcox for April 18. Wilcox faces up to 20 years in prison and a fine of $1 million for each of the two drug distribution counts of conviction.

Doctor gets 30 to life after painkiller overdose deaths