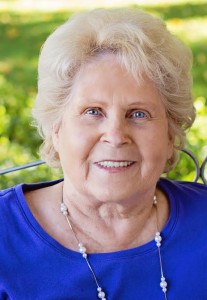 Glenna Rae Edwards Boshard passed away on February 9, 2016 at the age of 85.  Her beloved husband, Bliss was by her side.  She was born October 29, 1930 to Glenn D. Edwards and Alice Jean McNeil Edwards in Provo, Utah.  She was raised in Provo, Utah.  She married Bliss Boshard on October 20, 1951.  They had three children:  Cary, Steven and Gina.  They moved a lot with Bliss’s career.  They lived in Salt Lake City, Utah; Albuquerque, New Mexico; Denver, Colorado; Provo, Utah; and then retired to St. George, Utah.

She lived for her grandchildren.  Each and every one of them thought that she loved them the most.  And she did.

Glenna had a great testimony of the gospel.  Being a member of The Church of Jesus Christ of Latter Day Saints, she was able to share her talents.  Glenna, Bliss and their good friends, the Browns were called to serve in the cafeteria of the St. George LDS Temple.

Our heartfelt Thanks to Rocky Mountain Hospice for their loving care.