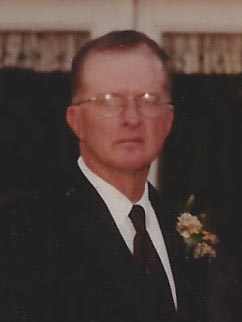 Kelly was raised in Washington, Utah. Kelly had seven siblings, two brothers and five sisters. He learned at an early age to work hard. His parents owned a farm, and there were cows to milk and many other duties to attend to.

Kelly loved hunting and spending many camping trips up in the mountains with his dad, brothers and sons. He was a gun enthusiast and loved to discuss the quality and differences of guns. He’d let you know the ones he preferred. He was well known in the shooting community for his knowledge of guns.

Kelly loved motorcycles. and over the past few years. he has taken several trips to Driggs, Idaho, to visit his daughter and son-in-law.

Kelly attended the Washington County Schools. He graduated in 1969 at Dixie High. He attended Dixie College. Later, he chose to join the U.S. Army where he served in the Military Police. He also learned to be a paratrooper.

Kelly was trained and received an EMT Certificate, which served him well when he joined the Utah National Guard and became a medic. He served a total of over 20 years in the Army and Guard. He also spent over 20 years as a volunteer fireman. Kelly’s main profession was a glazier.

Kelly was a member of The Church of Jesus Christ of Latter-day Saints and served in various church callings over the years.

He was preceded in death by his father, Brant Keat Adams of Washington, Utah; and several nieces and nephews.

Friends and family are invited to sign Kelly’s guestbook online.