While many windows broke from the extreme heat, others were knocked out by Officers Kirk Lovell and Dane Glazier who were working to ensure the safety of one woman, Gina O’Neal, who was sleeping in the basement apartment unaware of the danger lurking in the attached garage.

“I think I was sleeping downstairs,” she said. “And, I just heard windows breaking and somebody yelling at me to get out — and then I had to run through the garage where the fire was to get out.”

The only door to exit the downstairs dwelling led the young student through the smoke-filled garage, O’Neal said, and since she couldn’t see a thing, she was terrified to run through it.

For a moment, she said, she ran back down the stairs and considered trying to climb out of a window; but the officers who assisted her through the smoke, led her to safety and gave her the courage to run for it.

She closed her eyes and listened to their voices as she ran through the garage, O’Neal said, explaining that she figured since she had done it a million times in the dark, she would be able to do it this once through the black smoke that filled the garage.

“So she didn’t go to the hospital,” he said, explaining that she was released on scene and the other residents were out of the structure so fast they were uninjured.

The original structure is a house that was split into two dwellings. Three men lived upstairs and O’Neal lived in the basement apartment below them. The garage is positioned behind the home as part of an addition that included living space for four above and behind the house.

“When I arrived on the scene, the garage was fully involved,” Phillips said. “It just was starting to spread up the side of the house where you can see the damage on the side.”

Within minutes of the arrival of their first engine, he said, the fire was completely out.

Thanks to the smoke detectors that were installed at the behest of one of the residents, everyone else in the home made it out to safety.

“When we moved in, just a year ago, I actually had to tell the previous landlords to install smoke detectors in our unit because there weren’t any,” resident Marshal Macri said, explaining that his father is a career firefighter in Chicago who instilled important fire safety values in him.

While working on the computer in his bedroom that was adjacent to the garage, resident Jesse Laituri said he began to smell smoke. After opening the door to the laundry room, he said, smoke came billowing in.

“At that point, we were like ‘OK, there’s a fire and we need to get out,’” Laituri said. “The front door was on the other side so we went that way and, as soon as we got out, police were here (with) lights up. They were busting out (O’Neal’s) windows and getting everyone out.”

Fire protections installed in the home and the swift response by Cedar City police officers and firemen helped save O’Neal’s life and much of the students’ belongings from being destroyed by the fire.

“This right here is the garage door,” Phillips said, shining a flashlight on it from the inside of the home. “And it’s shut and it did exactly what it was supposed to do. It contained the fire. That whole inside, it’s a rated assembly with the Sheetrock, so it’s made to keep it all into place.”

Despite the lack of damage to the interior of the home, the three apartments are now uninhabitable, the residents said, and everyone who lived there is looking for a new place to live.

“Thankfully we have friends that are nice enough to let us stay over and such,” Macri said. “But as of now we’re going to need to find a new place to live.”

The property was sold to new owners on Dec. 31, Re/Max Properties realtor Landon Anglin said, which leaves those stricken by the fire in a strange limbo at the moment. He is working to find them new housing, he said, and will be happy to take any calls from community members looking to assist in meeting the needs of all eight displaced residents. 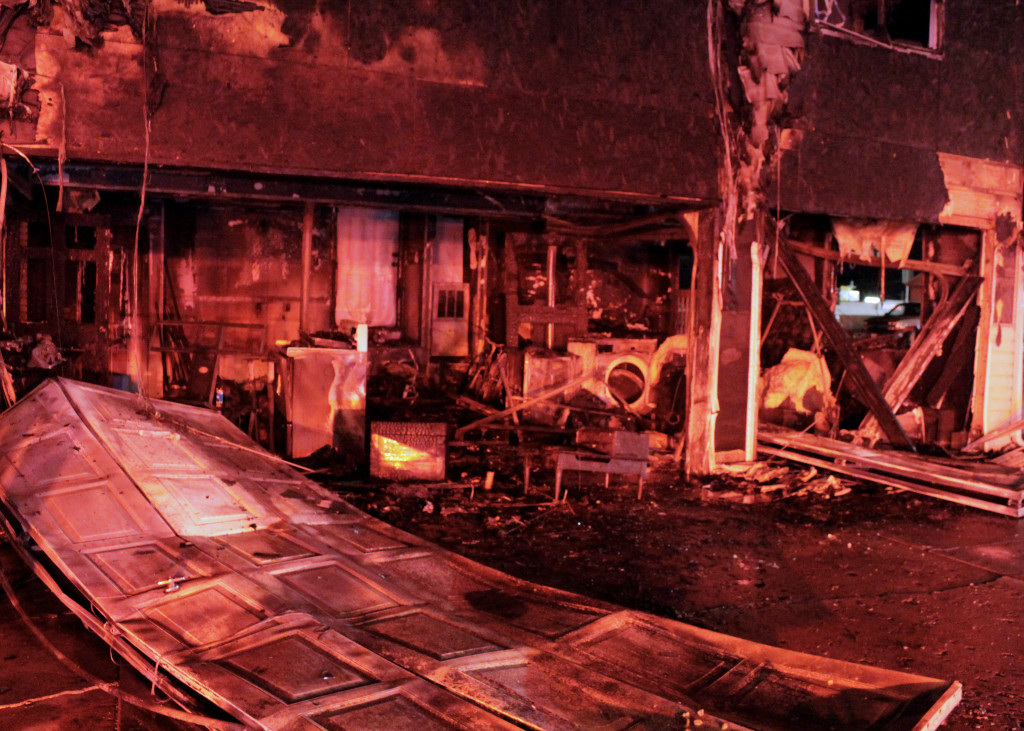 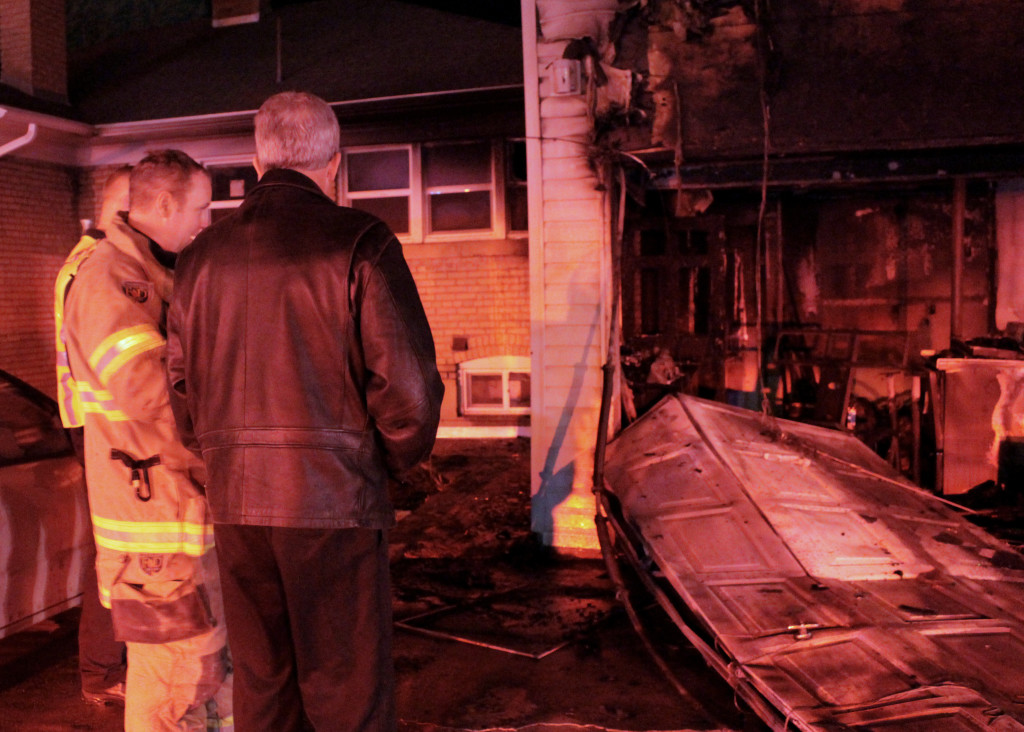 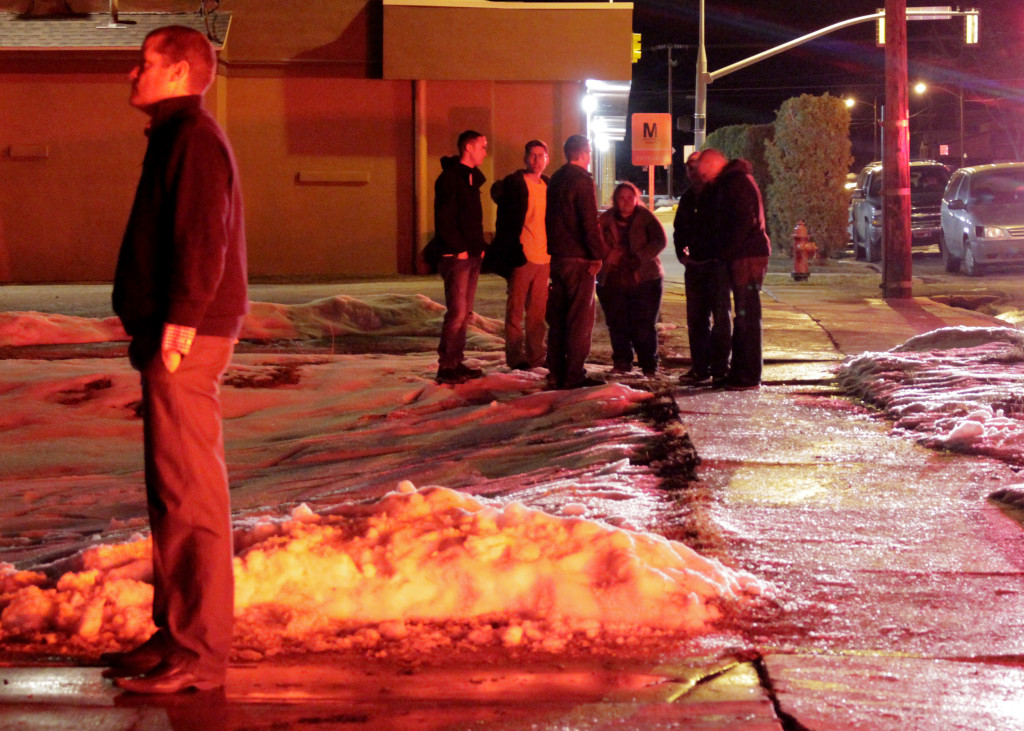 Residents gathered together and shared their accounts of how they got out of the home in time, 100 W. 200 South area, Cedar City, Utah, Jan. 6, 2016 | Photo by Carin Miller, St. George News 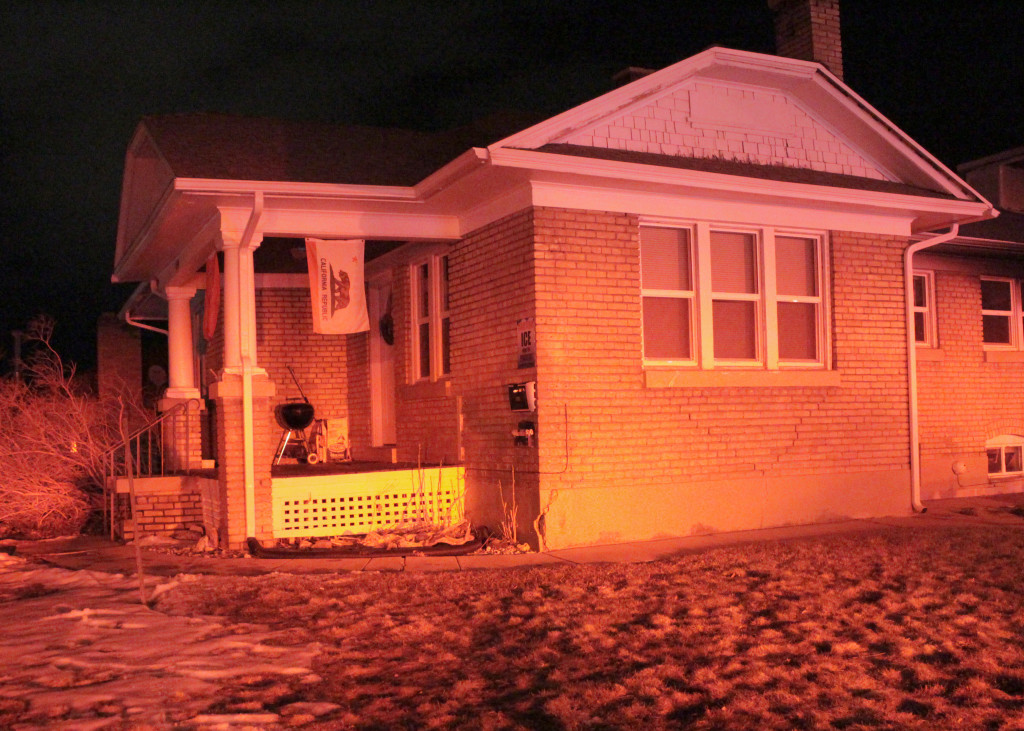 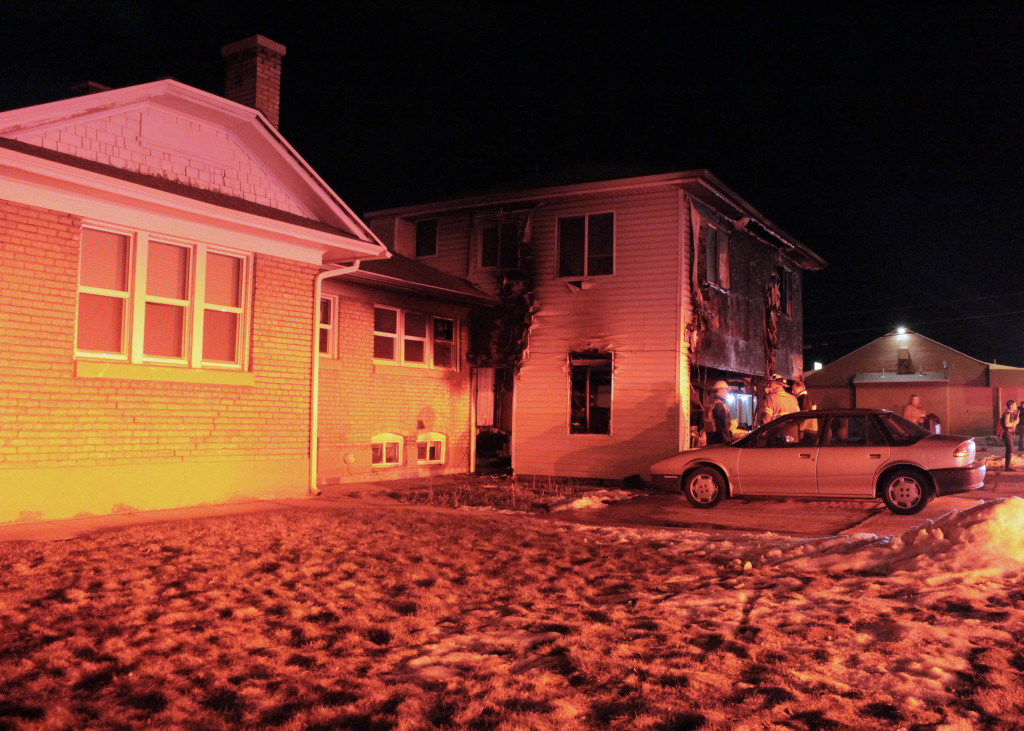 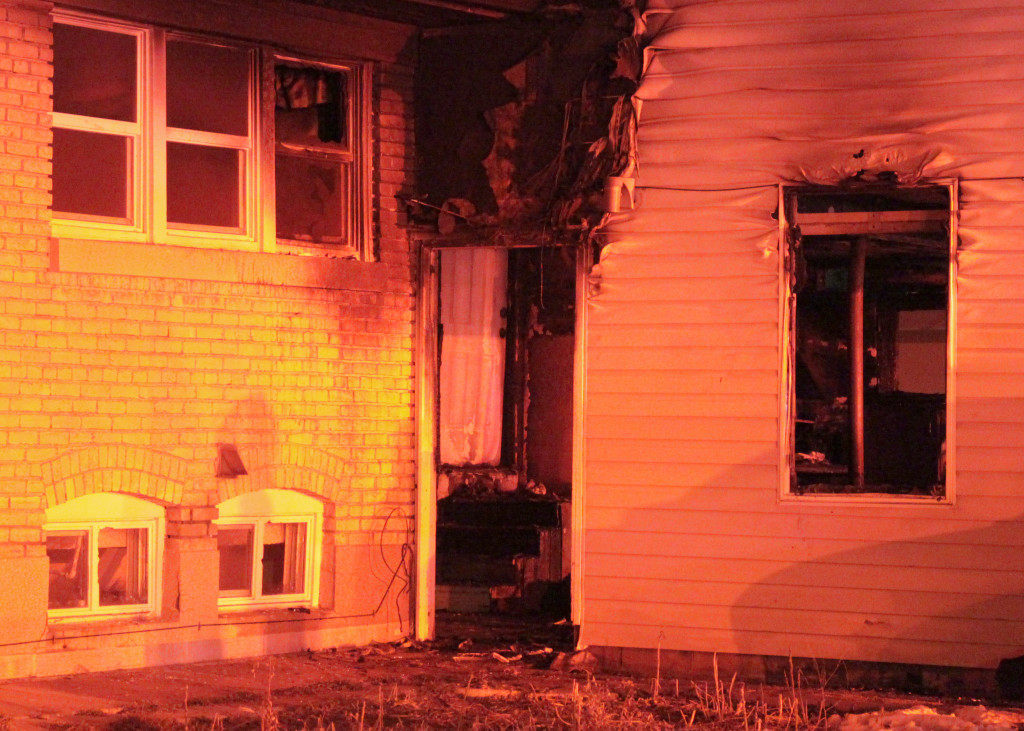 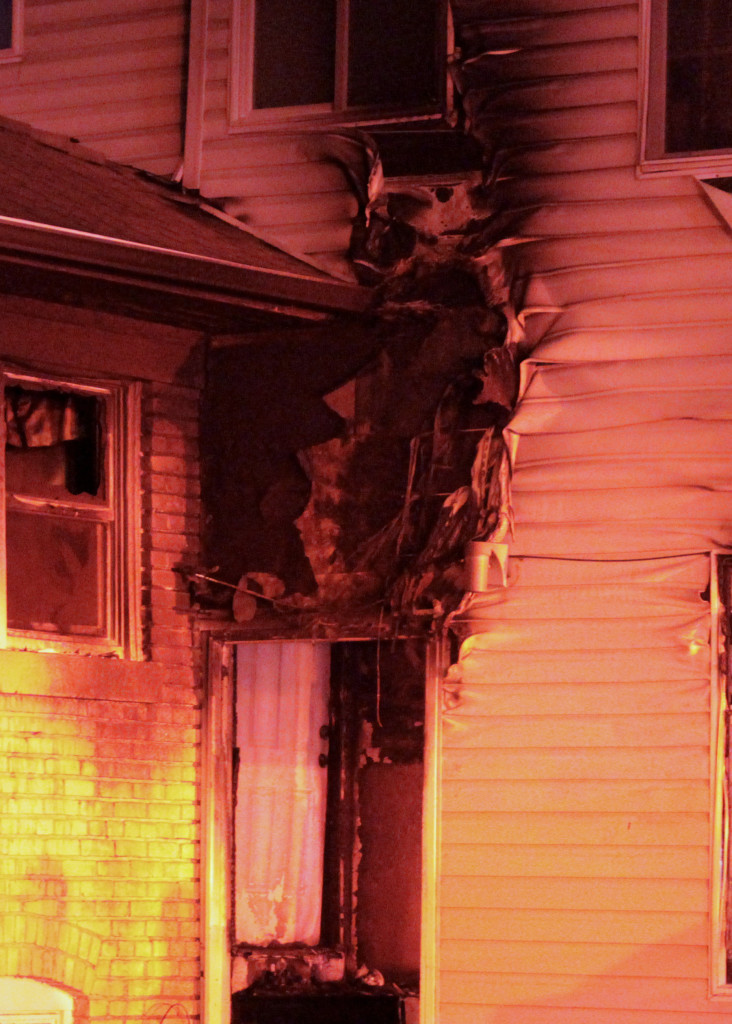 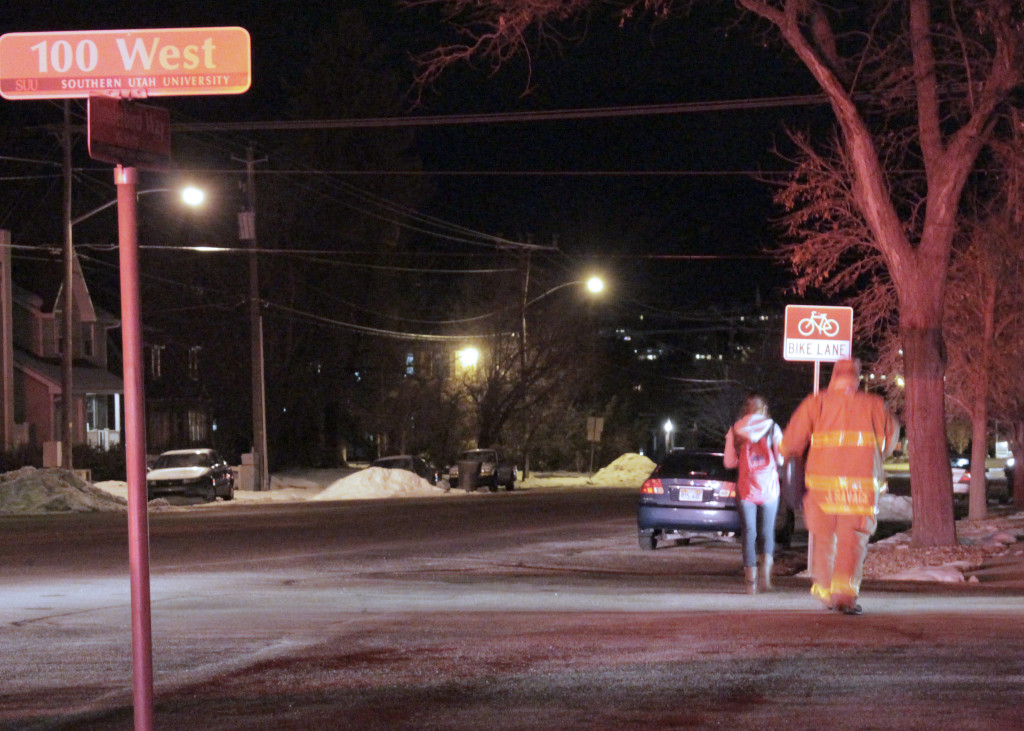 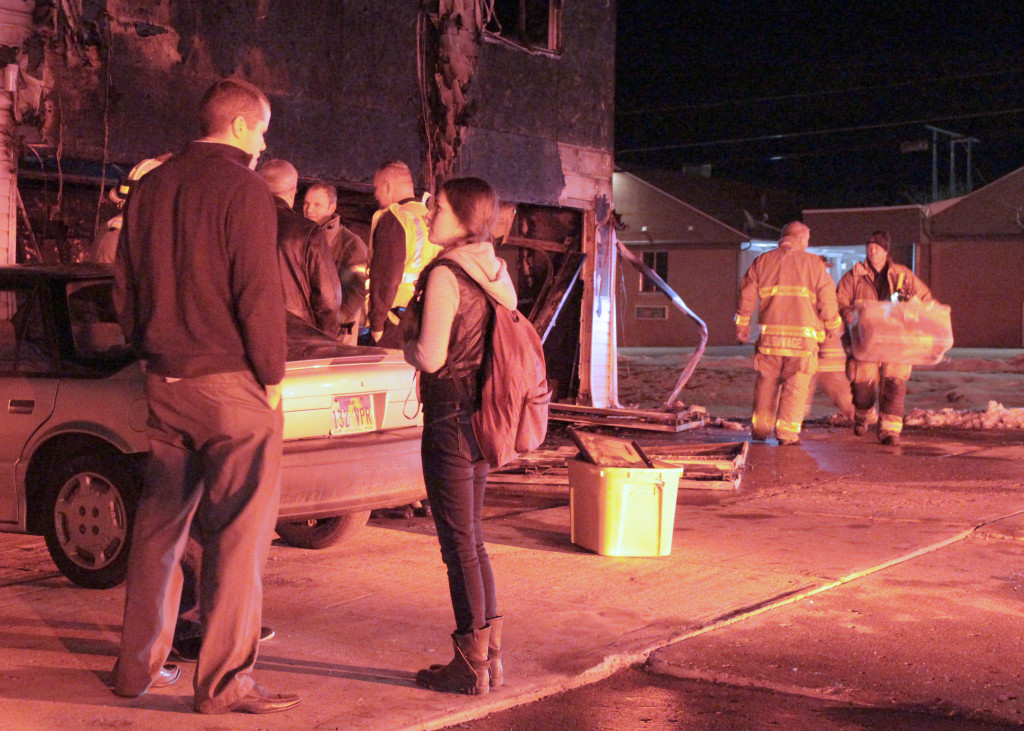 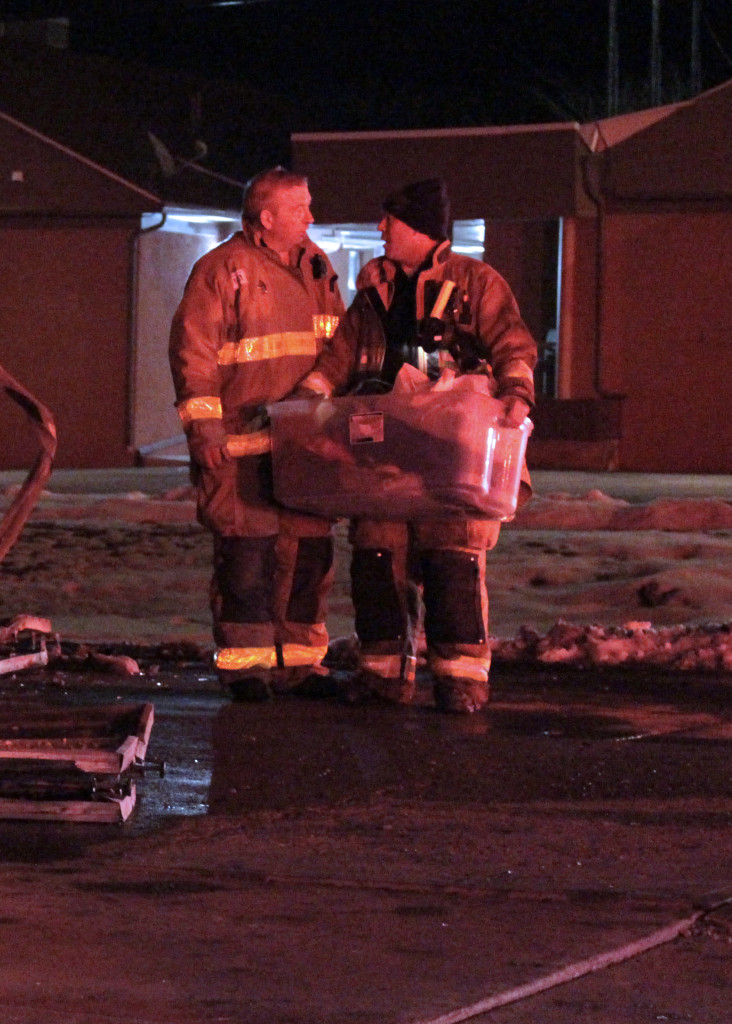 Santa gets a little help from Utah fire department