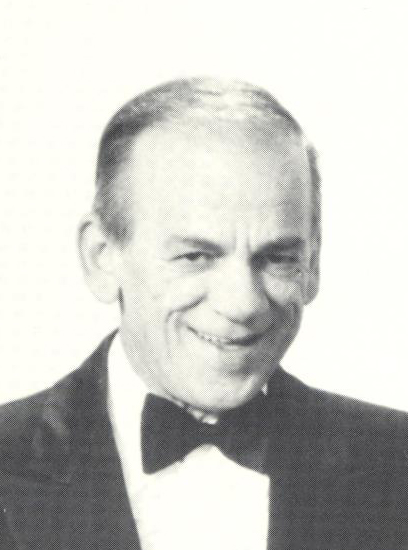 Vincent’s lifelong passion was playing the drums. He started playing the drums as a child and made his first record at 19 years old with the jazz trio “The Three Dukes.” Its members were Vincent (drums), Ronnie Feskanin (piano) and John DiPalma (bass). The Three Duke’s recording of “Hey Mrs. Jones” was pressed for Jack Gale’s Triple A Records.

The release was Triple A’s debut in R&B and was considered a “good version of the lively tune now riding high” according to Billboard on Feb. 28, 1953. The trio broke up soon after, but Vince Tancredi continued playing jazz music and performed with many other talented Cleveland artists, including jazz pianist and educator, Judi Strauss.

Vince last worked as a member of the popular Cleveland band “The Gigolos,” featuring longtime friends Tony Lopardo, Teddy Losido and the late Larry Salvatore and Pasquale Buccilli. Fans have come to realize that the Gigolos were the frontrunners to The Scintas.

The Gigolos thrilled crowds throughout Northeastern Ohio with their musical talents and hilarious Italian-spiced floor shows. The Gigolos played for many fans until the death of bandleader, Pasquale Buccilli, in 2006.

As a young musician in the fifties, Vince met and fell in love with Joanne Fiorelli, who resided with her grandparents, Angelo and Grace Caruso, in the Collingwood neighborhood of Cleveland. Vince and Joanne eloped to Angola, Indiana, a popular wedding destination of the time, Feb. 11, 1955, just before Vincent entered the Navy.

Vince returned from the Navy with machine operator skills and worked on the construction crew to build a new Metroparks golf course named Shawnee Hills in Bedford, Ohio.

Vince Tancredi was promoted to superintendent of Shawnee and later retired after 28 years. Vince was a member of the Northern Ohio Golf Course Superintendents Association and served as the editor and photographer of the Turfgrass News from 1972 through 1978. Vincent held conservative political views and spent some exciting times working on political campaigns with Joanne, including the tumultuous 1964 Presidential Campaign of Barry Goldwater.

During their 23 year marriage, they raised three children, Dana, Nicholas and Dara, all graduates of Nordonia Hills High School. As a parent, Vince enjoyed coaching baseball to his players who affectionately referred to him as “Mr. T” and volunteered as president of the Nordonia Hills Athletic Association until 1977.

After his retirement in 1983, Vincent moved back to the South Collinwood neighborhood. Vince spent his retirement in restaurant and catering at the Northpoint Athletic Club, HGR Industries and volunteering with the Wickliffe North Lions Club. If cooking was required, you could count on Vince Tancredi to fill the need. Vince also enjoyed playing in the Holy Redeemer bocce league and visiting with Mark Mirabile and friends at Mirabile’s Restaurant on Ivanhoe.

He is survived by his beloved three children, Dana Ekstrand and Dara Tancredi (m. Timothy Grogan) of St. George, Utah, and Nicholas Tancredi of Houston, Texas. Vince was an enthusiastic and loving grandparent to his three grandchildren, Evan Ekstrand of Ohio, Regina and Timothy Grogan of Utah, all of whom survive him. He is also survived by his beloved sister, Julia DiFranco, and brother, Salvatore Iliano (m. Rosie). He was known as “Unc” to many and will be missed by his nieces and nephews Daniel and Marylee Difranco (nee’ Ziola), late niece Drema DiFranco, Dennis DiFranco, Ronald and Danielle Tiedman (nee’ DiFranco), Anthony Iliano, Brian Iliano, James Iliano (deceased) and April Iliano.

The family wishes to extend their gratitude to the Southern Utah Veterans Home for the excellent care Vincent received during his life there.

In lieu of flowers, please make a donation to the Southern Utah Veteran’s Home.