ST. GEORGE – Despite fierce opposition to new gun laws in Congress, President Barack Obama announced a series of executive actions Tuesday as a means to combat gun violence in the United States.

Obama met with U.S. Attorney General Loretta Lynch on Monday to discuss ways of reducing gun violence unilaterally through measures that do not require congressional approval. The President rolled out the new restrictions Tuesday morning. 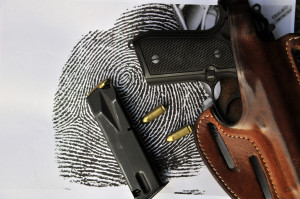 The new measures would expand mandatory background checks for some private gun sales, as well as provide more funding for mental health treatment, FBI staff and the Bureau of Alcohol, Tobacco Firearms and Explosives agents.

Under the current law, only federally licensed gun dealers are mandated to conduct background checks on buyers. However, many individuals selling guns in informal settings such as gun shows, flea markets or online, don’t register as dealers.

Gun control advocates say the so-called “gun show loophole,” which exempts most small sellers from keeping formal sales records, is exploited and used as a means to get around the background check requirement.

An executive order defining who’s “engaged in the business” of selling guns, would immediately require some private dealers to obtain a federal seller’s license and check the backgrounds of all buyers. The seller will otherwise be subject to criminal prosecution.

Additionally, the administration plans to finalize a rule long in the works to close a separate loophole that exempts guns purchased by trusts, corporations or other legal entities from background checks. 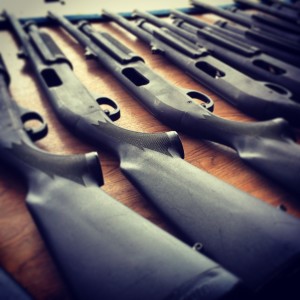 The measure also includes the hiring of hundreds of additional examiners to help the FBI conduct the added background checks, as well as requiring gun dealers to notify the ATF when their guns are lost or stolen.

The President’s Fiscal year 2017 budget will include funding for hundreds of new ATF agents and investigators to help enforce gun laws. The administration said it also planned to ask Congress for $500 million to improve mental health care, and pledged to move forward with efforts to keep guns out of the hands of people with mental illness.

However, any changes to gun rules in America are rife with political risk, as the U.S. Constitution’s 2nd Amendment gives Americans the right to have arms – a right fiercely defended. 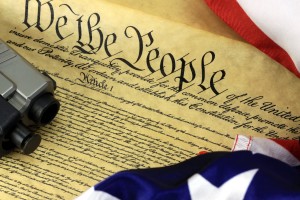 Republicans were quick to accuse Obama of gross overreach. The gun control efforts are sure to prompt a rash of challenges in court with the resulting rulings and subsequent appeals likely to drag on well beyond the end of Obama’s administration.

Over the weekend, Marco Rubio said reversing Obama’s gun control actions, which he described as part a “war on the Constitution,” would be his top priority upon entering the White House.

Ahead of Obama’s Monday meeting, House Speaker Paul Ryan called Obama out for his “dismissiveness” toward the Second Amendment and Congress. He said:

… the President is at minimum subverting the legislative branch, and potentially overturning its will. His proposals to restrict gun rights were debated by the United States Senate, and they were rejected. No President should be able to reverse legislative failure by executive fiat, not even incrementally.

Ryan said Obama’s actions “will no doubt be challenged in the courts.”

“From day one, the President has never respected the right to safe and legal gun ownership that our nation has valued since its founding,” Ryan said in a statement. “He knows full well that the law already says that people who make their living selling firearms must be licensed, regardless of venue. Still, rather than focus on criminals and terrorists, he goes after the most law-abiding of citizens. His words and actions amount to a form of intimidation that undermines liberty.”

However, Obama compared his push for gun control to steps the U.S. and businesses have taken to limit traffic fatalities, require fingerprints to unlock iPads and keep children from opening bottles of aspirin.

“I believe in the Second Amendment, there written on paper, that guarantees the right to bear arms,” Obama said. “No matter how many times people try to twist my words around, that’s our constitutional law. I know a little bit about this. But I also believe that we can find ways to reduce gun violence consistent with the Second Amendment.”

New laws that took effect at the start of the year show states diverging on the issue and an increasingly polarized stance across the nation, as restrictions on carrying guns openly in public eased in Texas, but got tighter in California. Both sides of the gun control debate contending their arguments are strengthened by a string of mass shootings last year.

Perspectives: Government, gun control advocates are pushing us into a fight we didn't want