ST. GEORGE — Jerika and Caden Scott made a decision last year — a decision to live their lives more deliberately. They decided to follow the words of Henry David Thoreau: “I went to the woods because I wished to live deliberately, to front the essential facts of life. And see if I could not learn what it had to teach, and not, when I came to die, discover that I had not lived.”

This decision, for them, was to give up a “normal” sense of home, to sell the vast majority of their possessions and hit the open road, living out of a 2004 Honda Odyssey minivan as they traveled the country.

“It became just so doable. We did a lot of research online, saw a lot of other people that were … doing something similar,” Caden Scott said.

Having grown up in Utah, the couple decided they needed to explore further afield to parts of the U.S. they had not seen.

“We can do exactly what we’re doing at home, just on the road. We just have to sacrifice some things, but we’re also getting a lot of amazing returns, amazing opportunities, amazing sights and things to do. It’s kind of a trade-off. It’s not like it’s completely blissful and comfortable doing this,” Caden Scott said.

They decided to commit to the journey in March 2015, and left in September, Jerika Scott said.

“That took a lot of planning. We had to plan what kind of vehicle, what our mode of transportation would be,” Jerika Scott said. “We looked at RVs, we looked at everything but we found … in our price range and what was very appealing was a minivan because it had great gas (mileage) and since it’s just the two of us we figured we could work fine with the space.”

Once the decision was made, the Scotts sold their other vehicles and donated, sold or threw away “at least half our stuff,” Jerika Scott said. She also buckled down and worked hard in order to graduate from Salt Lake Community College earlier than originally anticipated.

“I had been projected to get out of school a little later and I just worked really hard to be able to get it done,” she said. “I had school done just a few weeks before we ended up leaving.”

The journey required a great deal of forethought, Jerika said. Much of their life was planned out — everything from what kinds of food they would eat, how it would be stored, how they would generate income and what possessions were important enough to bring with them. The couple even got rid of their bed several months before leaving and slept on the foam pad they intended to install in their minivan in order to lessen the shock of their minimalist lifestyle. But beyond the practical and physical aspects of their preparation, the Scotts also had to prepare psychologically.

“We had to prepare mentally a lot in different ways,” Jerika Scott said. “This was going to be so different. We left knowing that if we wanted to come back at any time, we could, and if we find out that we don’t like it … then we could just come back and find another apartment, find another job. At the same time, we didn’t really want to. We went out with the goal that we were going to travel for at least a year.”

“I think some people are feeling trapped,” he said. They “just want to live more and not … have their lives ran for them and have it kind of be in a rut for 50, 60 years and have that time to live when they retire. I think that’s a big part of what made us … we wanted to live more and not have to wait until we’re 60, 70 and retired.”

The various movements — minimalist, vagabonding, tiny-house — are wonderful, Jerika said, but the funny thing was that they did not know much about them before they hit the road. People often asked them if they were part of those movements or were becoming hippies.

“What we’re doing is being us, we’re being Caden and Jerika, and this is us; we wanted to travel and we wanted to have fun, we wanted to learn and this is the way that we found to do it,” Jerika said. “We didn’t even know about most of these movements until after we started doing this … The way we do it is just being authentic to ourselves.”

The freedom, despite sounding clichéd, has been his favorite aspect of their journey, Caden Scott said.

“The freedom of just not having to get up and have the majority of my day … being run by someone else,” he said. “It’s just been fun to experience time; we have time to … build our hobbies. I’ve learned to play the guitar while we’re out here. That’s something I’ve always wanted to do, but just never had time to do it.

One of their more unusual experiences occurred on New Year’s Eve. Caden had been swimming at Panama City beach on the Gulf of Mexico. When he got out of the surf, he noticed a blue blob on the sand, and as they took a closer look, found that there were seven more up and down the beach. Curious, they videotaped them, but still did not recognize them. A short time later they discovered that the blobs were in fact Portugese Man O’ Wars, a jellyfish-like creature with tentacles that can reach 165 feet long and can inflict an excruciating and occasionally deadly sting.

“After I saw them on the beach … I decided I probably didn’t want to swim ,” Caden Scott said.

The Albuquerque International Balloon Fiesta was a highlight of the trip so far, Jerika Scott said.

“We did that over my birthday weekend … we didn’t even know it existed and we just happened to be there on the right weekend,” Jerika Scott said. “That was pretty amazing.”

Louisiana, with its culture and diversity was another area that Jerika said was one of her cherished experiences.

“Whether you’re in the French quarter in New Orleans or whether you’re in the swamps or you’re seeing the plantations,” Jerika Scott said. “We went to the very southern end of Louisiana and there’s a small little island … it’s called Grand Isle. The people who live there have been nicknamed the storm riders … they have to have all of their buildings and homes on stilts. When a hurricane … comes the island gets completely submerged, and there’s just a bunch of houses in the Gulf of Mexico poking out of the water.”

For Caden, Carlsbad Caverns was one of his favorite experiences. He also said that Lake Ouachita in Arkansas was a highlight.

“Just a ginormous lake and we were the only ones kayaking on it,” he said.

People have reacted with a mixture of surprise, disbelief and wonder when they find out what the Scotts are doing, Caden said. But whatever people’s reactions are, there is one thing almost everyone does after they find out: They offer advice.

“It’s surprising because a lot them have their own advice on what you should do and how you should live, which is interesting,” Caden Scott said. “But you’d be surprised how fast people warm up to it.”

Yet despite the deliberate, experience-focused nature of their journey, Caden and Jerika also have to find ways to make enough money to keep the voyage moving forward.

“Obviously we also have to fund what we’re doing or else we’d just run out of money and not be able to do this,” Caden Scott said. “A lot of what we’re trying to do is build our on-line businesses, so that requires that we Wi-Fi a lot. That’s what we spend a lot of time developing. “

“It allows us to go to different stores and restaurants and get reimbursed for it. It’s like getting free meals,” Caden Scott said.

The goal for now is to remain committed to travelling for an entire year, Caden Scott said. They also hope to grow their online business enough to allow them to continue living deliberately even after this first journey is finished.

“Right now, we’re definitely keeping our eyes open for possible places we’d like to settle down,” Caden Scott said. “We don’t want to just have the Utah experience, we want to see if there’s anything else out there that we’d like to live.”

But for now, the journey continues, and at a pace they establish, Jerika said. They don’t want to have any kind of strict schedule that might limit what they experience.

“We know eventually where we want to go,” she said. “We want to continue going south and experiencing more of Florida … we want to go to the Everglades … we don’t have a specific timeframe. When you’re in a place you might discover something you wouldn’t have discovered if you were on that time-limit … we want to go up the east coast, and just more of the states we haven’t seen.”

They plan on savoring their time on the road, Jerika Scott said.

“Travel is always going to be a super-important part of our lives,” she said. “Even after we have children … but we’re not necessarily planning on raising our children in a minivan.” 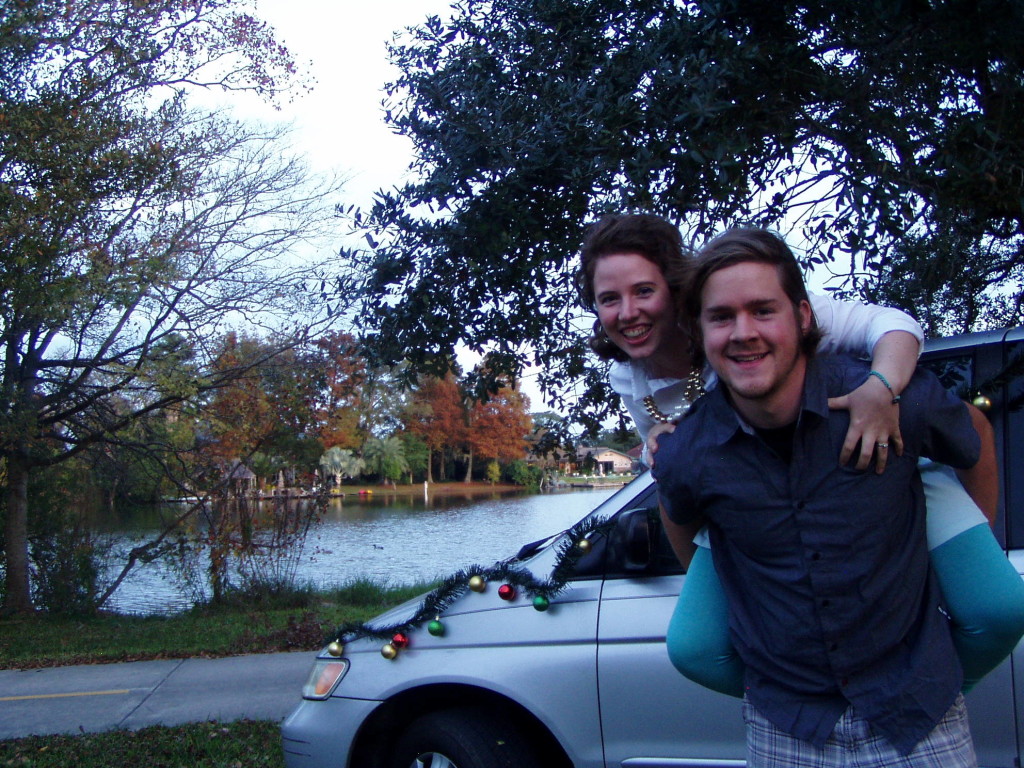 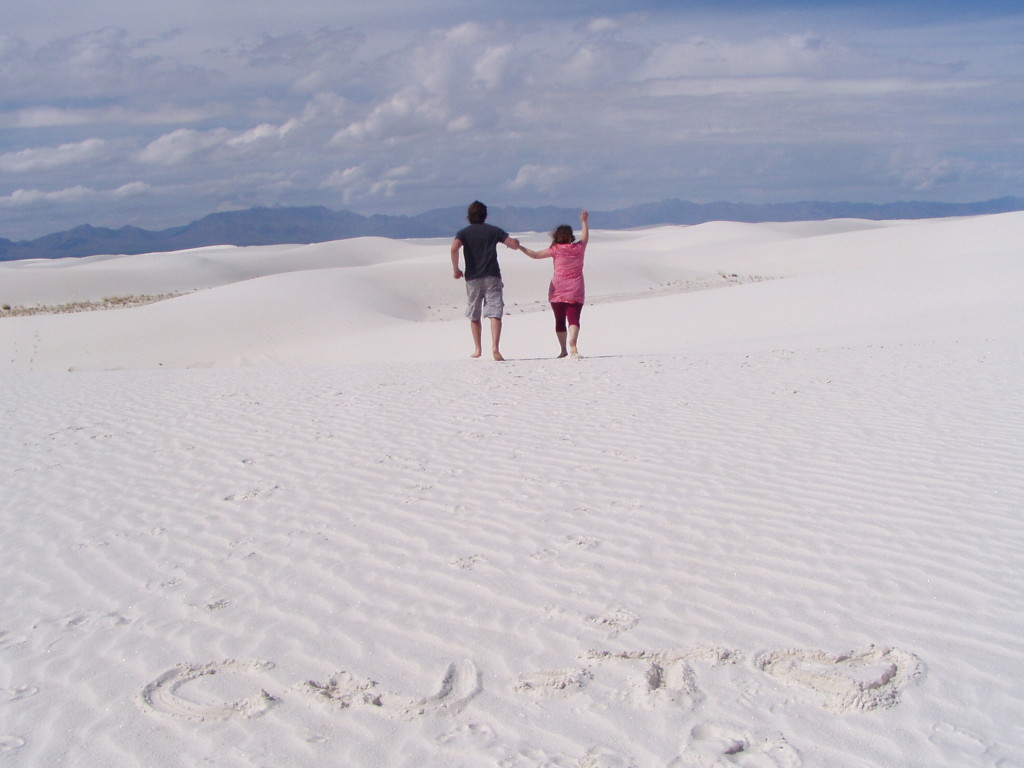 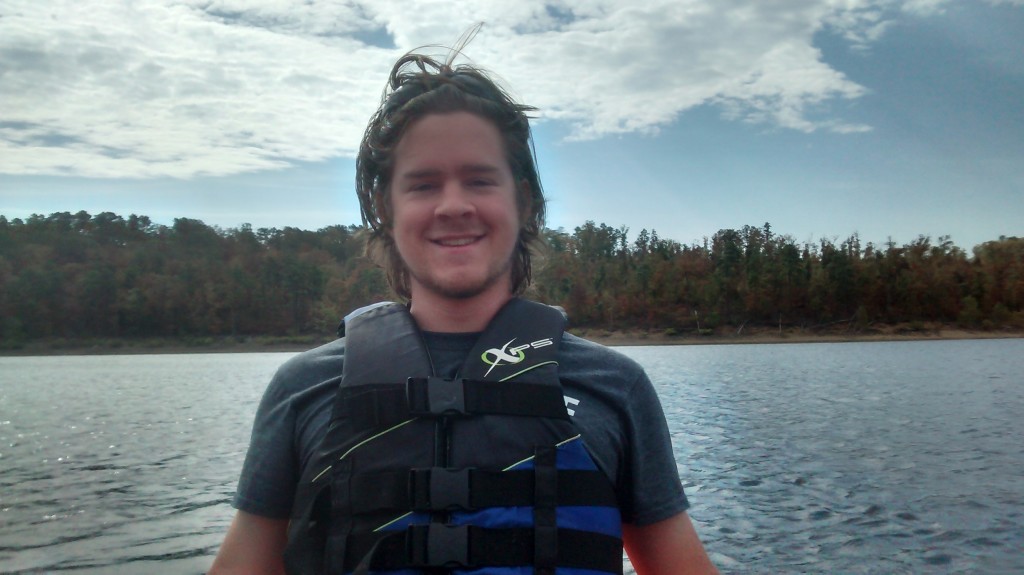 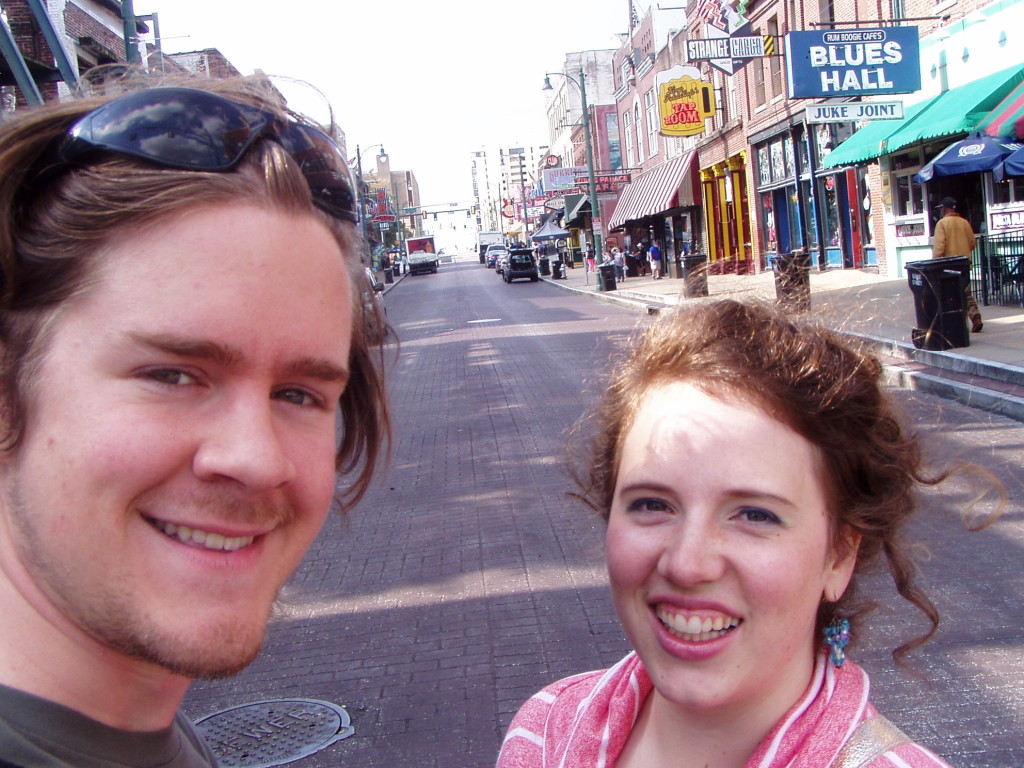 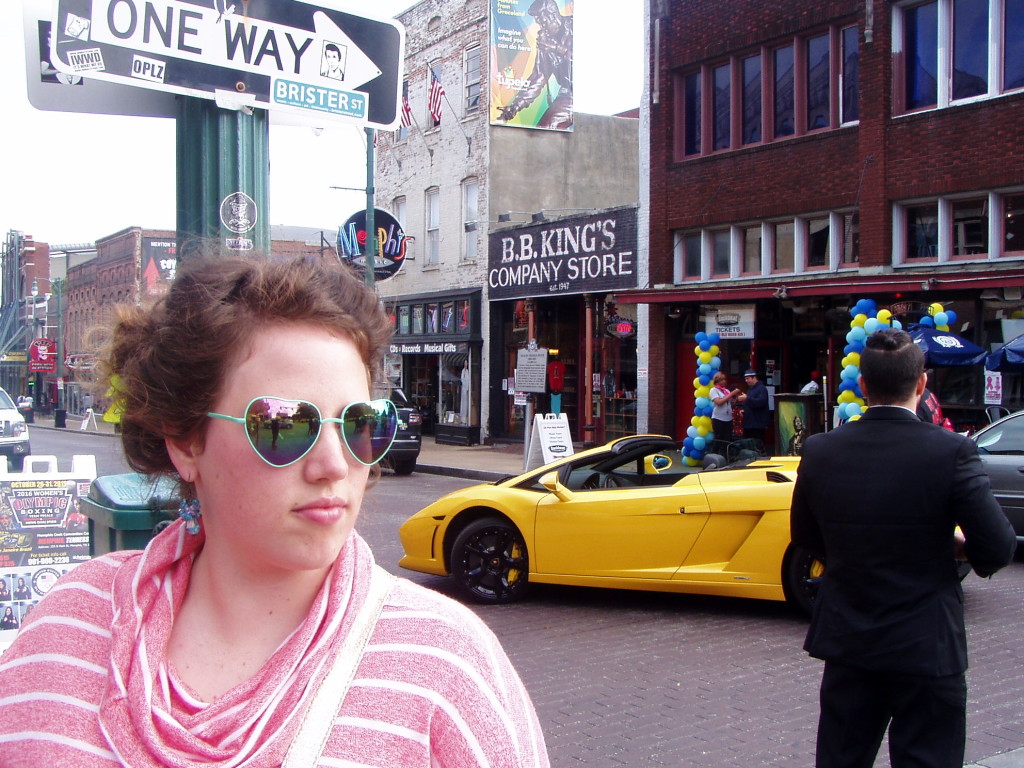 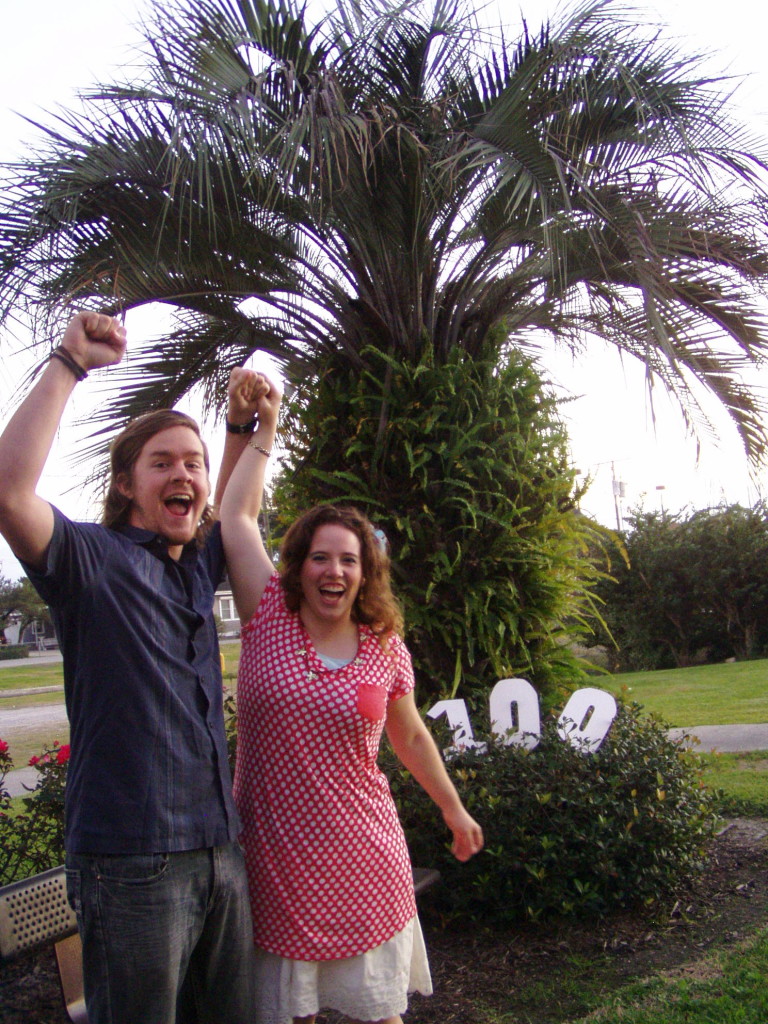 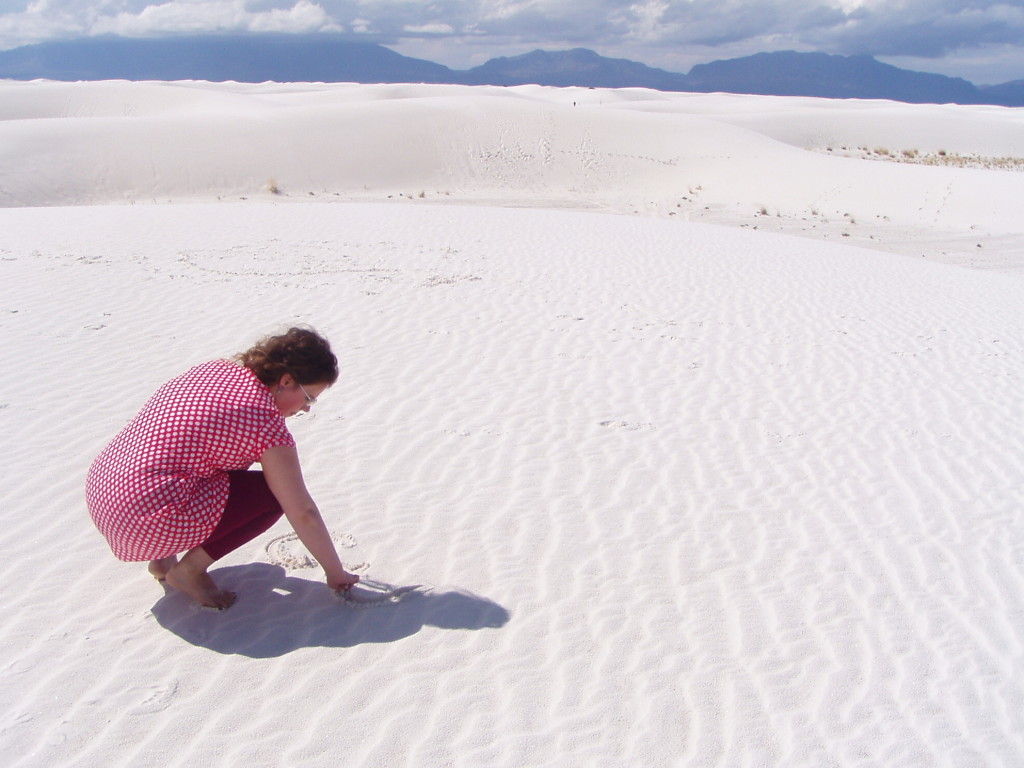 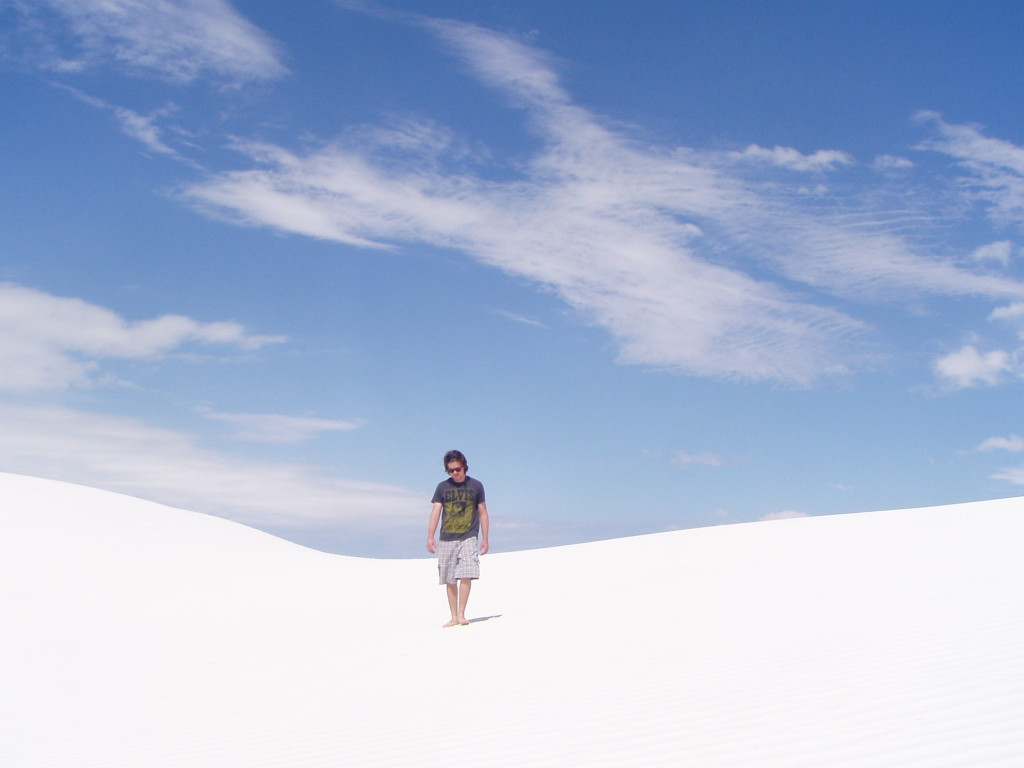 Explore: Go up 'the saddle' for adventure