CEDAR CITY — The Steve Hodson Cancer Classic wrapped up Wednesday with Region 9 having a pretty good showing. Here’s a recap:

The Warriors only allowed eight points in the first half while scoring 21 points of their own. The Warriors now boast an impressive 10-1 record, with their only loss against Juab to start the three-day tournament.

SC head coach Dan Roden was happy with the defense that his team played, but knows there is always room for improvement.

“I thought our girls did a good job defensively,” he said. “We shut down (Angela) Clayton. I think she is averaging about 17 (points) a game, and she only got six. I think our pressure made the difference in the game, because we obviously weren’t shooting well and couldn’t score consistently.”

SC guard Shaylee Reed led all scorers with 13 points. She also knew the team had struggles that could be overcome in future games.

“We kind of had a few mental lapses and we made a few errors, but a win is a win,” Reed said. “We just need to clean it up and play start to finish our game.”

The second half became more even as North Sanpete seemed to find a rhythm offensively, but Snow Canyon matched the scoring.

“We were able to get some steals and some opportunities on run-outs,” Roden said. “We always say, ‘Let your defense fuel your offense, not the other way around.'”

Roden said he’s ready to move forward after a break and the tournament.

“You could tell, for both teams, that it was the third game in three days after Christmas,” he said. “It’s tough coming back without practice, and, for us, playing in higher elevation is tough. Overall, I’m proud of them for fighting through fatigue, cause it’s tough. I mean, I’m tired, and I’m just sitting on the bench, so they did a good job.”

Snow Canyon will play Enterprise Jan. 5 at home at 7 p.m. before starting region play against Cedar Jan. 12 at home also.

“I think we all just know what is expected of us,” Reed said. “We know that it’s important to win, and we go by each game. We keep the end goal in mind, because we want to go to state, so that motivates us. I think as long as we’re focusing on our defense and what we can do, and play our game, then we should be good.”

The Lady Reds burst open a tight game with a huge third quarter.  Coming out of the break with a 27-22 lead, Cedar nearly tripled their lead going into the fourth up 47-33.

Cedar outrebounded the Lady Wildcats 41-29 and outshot them from the floor 34 to 28 percent. Individually, Courtney Morley led the lady Reds with 18 points and six assists.  She also pulled down nine rebounds.  Jessica Whetman led the team with 11 rebounds.

Cedar has won four in a row and seven of its last eight going into region play. The Lady Reds improve overall to 8-3 while Woods Cross falls to 3-7. Cedar will play one more non-region game with a trip to Richfield on Jan. 5, before traveling to Snow Canyon on Jan. 12. Game times for both nights are set for 7 p.m.

It was late-game heartbreak for HHS Wednesday.

Trailing for the first time since early in the first quarter, Coach Franci Homer called a timeout with 8.5 seconds remaining to set up a final play.

Kylee Stevens took the inbounds pass and dribbled coast to coast, taking the ball deep into the left side of the lane where the sophomore point guard did a wrap around pass to post Morgan Huntsman on the other side of the lane. Huntsman’s deciding shot went up among several Lady Stallion arms, bounced twice on the rim and fell out to put Hurricane on the short end of a tight, defensive contest.

Huntsman had a double-double with 10 points and 10 rebounds. Carrie Marshall had eight points and six rebounds. Jayden Langford had five points and eight rebounds. The loss drops Hurricane to 6-6 going into Region 9 play. Stansbury improves to 5-5.

The Lady Tigers will open region play with a trip to Desert Hills on Tuesday, Jan. 12. Game time is scheduled for 7 p.m.

Pine View rebounded from Tuesday’s loss with a big win over the Lady Falcons on CV’s home court.

The Lady Panthers had to overcome a huge halftime deficit to pull out the win. At halftime, Canyon View held a 31-19 lead. The Panther defense tightened, limiting Canyon View to five points in the third quarter and 16 points overall in the second half.

The Panther mantra this season has been defense and rebounding. Pine View once again outrebounded their opponent 31-17.  Both teams shot 43 percent from the floor, but the Panthers took 19 more shots. 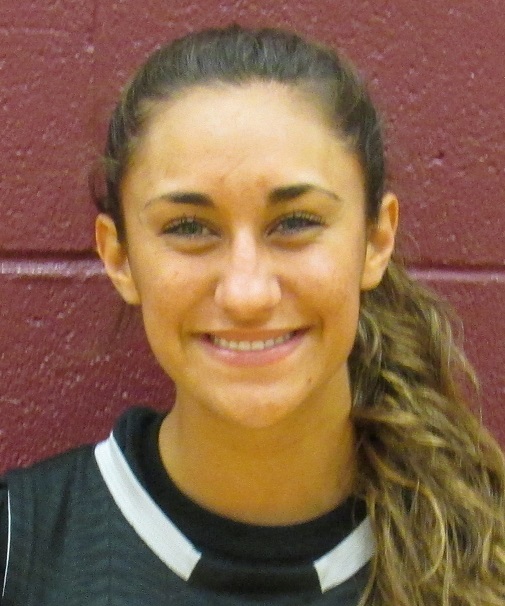 Individually, Tayvia Ah Quin had a double-double with 22 points and 14 rebounds. She was joined in double figures by Saraven Allen and Sarrah Pierce with 13 and 11, respectively. Pierce also pulled down eight rebounds. Breana Moeai and Rachel Lusk both got three steals.

The Lady Flyers held a 35-33 lead going into the final stanza but could not hold off the Lady Red Devils. Grand used a 17-10 fourth quarter to pull out the victory.

The Lady Flyers were led by Lexie Paxton with 16 points, including four 3-pointers. Kelsea Barker joined her in double figures with 12.  Taylor Whitson scored seven.

Jordan Abel started writing at Dixie State University for the Dixie Sun News in 2013, where he also became the sports editor for a semester before moving to Cedar City. He has also written for The Spectrum & Daily News, University Journal at Southern Utah University and now St. George News. He is currently attending Southern Utah University and pursuing a degree in pharmacy. Journalism has become a passion for him as he pursues his studies in another field. Jordan married Kaylee, a former Pine View and current SUU cross-country and track runner, in 2014.