CEDAR CITY —  Christmas Eve 2015 will mark the end of an era when Cedar City’s Top Spot closes its doors for the last time and the question weighing on everyone’s mind: What will become of the cow?

For 53 years she has stood faithful watch over the community from atop the roof. She has been a beacon for those traveling into a new land from far away, guiding them to their friends awaiting their arrival over a “Craig’s favorite” or a “crew’s creation” sandwich from inside the building.

That is, except for when groups of rowdy teenagers would scale the restaurant in the middle of the night with a socket wrench, loosen her bolts from the brackets that secured her, lower her from the roof and abscond with her into the darkness.

Stealing the cow became a rite of passage for many Cedar City youth. A tradition that stopped some 15 years ago, but has lived on in legends shared through storytelling.

There is just no way of knowing how many times the cow was stolen, Top Spot owner Craig Barton said. It was easily between 40 to 50 times, Barton said he could recall chasing her down in a farmer’s field or at the Market Grill where the cow would be tied to a hitching post. He gave up counting, he said.

There was no way of knowing where she would be found, Barton said, laughing at some of the rather odd locations she turned up through the years.

The adventurous cow was found riding through town in the back of pickup trucks, tied up in front of the Utah Highway Patrol office, at the Cedar City Cemetery and even in the dorm rooms of unsuspecting Southern Utah University students back when it was a state college.

“When I went to SUSC, the cow went missing,” Shelly Cleveland said. “I saw it was gone. I heard on campus it was gone. I climbed the stairs to my apartment, opened the door and there it was — the cow.”

Some of the fellas from the boys dorm had stolen her, she said, then decided to store her away from themselves, hauling the cow all the way to the third story of the Manzanita Apartments to hide her, she said.

Cleveland and some friends hauled her back down the stairs the next morning and left her in the lobby to be found, she said, adding that the cow was gone by the time morning classes were over.

“I spent one terrified night thinking I was going to jail,” Cleveland said.

Though the teenage tradition brought pangs of anxiety to Barton’s otherwise mellow demeanor, he said, it was all in good fun.

It all began in the early-60s shortly after previous owner, Lanore Jones, built Top Spot in 1963.

A group of Cedar High School seniors, who were known for pranks, stole the cow and switched her with the horse from a St. George restaurant called Dick’s Cafe, Barton said.

“Then they got famous (when) that was published in the paper,” Barton said. “And Lanore didn’t think that was very funny the very first time she came up missing.”

From then on, he said, stealing the cow became the thing to do.

She was only damaged once, Barton said, adding that the cow must have been dropped when they were lowering her down from the roof because her hind leg and tail were broken off.

The cow was later found in a farmer’s field where the vandals had used her for target practice, Barton said. Though her hind leg was found nearby, the tail was not, he said, and this was the one time Barton said he remembers being upset about her being taken.

To fix her up before lifting her back up to the roof, Barton said he took some fiberglass resin and a dish towel and fashioned a new tail from the towel.

After that, the cow was fastened to the roof just a little bit more secure to discourage would-be pranksters from pulling her down again.

A close friend of mine used to steal her often, Cedar City native Stephanie Flores said. She would walk into his apartment and there the cow would be hanging out in her friend’s room, she said.

“Eventually, the cow was bolted down, though,” Flores said. “He would take all the right tools until it got to be too many bolts to get down within a safe amount of time (to keep from getting caught).”

After Barton bolted the cow down good and tight so she wouldn’t be stolen again, discouraged thieves began a new tradition — they would “lei” the cow.

Unable to get her down from the roof, Cedar City resident Jennifer Barnhurst said they decided instead to dress the cow in Bermuda shorts and place a lei around her neck.

The lei was there for years, so when a young Christina Powell who was about to turn 18 realized she had never done anything bad in her entire teenage years, putting a lei on the cow became a mission for her and her mom.

“I made a lei big enough for the cow,” she said, “and on my big day, I chickened out and made my mom call and make sure I wouldn’t get in trouble for doing it.”

Top Spot employees laughed and told her it was one of the nicest forms of vandalism they had heard of, she said. They even brought her a ladder to help her up on the roof to do it.

The pranks didn’t stop there, though. As a way to break in new-hires at Top Spot, jokester employees would send the new employees up to the roof to wash the cow.

I had just started working there when I was 17 or 18. Everybody knows how much of a jokester Jayson Mitchell is. He said to me after a rainstorm that we were supposed to wash the cow …  because I was new, I got to do it this time. So, I went up on the roof and washed the cow. There’s some pictures somewhere of it. Yes, I was very naive then and I believed Jayson.

From stealing her, to washing and adding leis around her neck, there is no doubt the Top Spot cow holds a special place in the hearts of many locals. When asked what will happen to her when the new owners tear the building down to rebuild, Barton said he was still unsure.

One thing he guaranteed was that the cow would live on as a landmark. If not atop of the new Brad’s Food Hut to be built in Top Spot’s place, he said, then, most likely, at the Frontier Homestead State Park museum where many could visit her and remember simpler times when stealing a fiberglass cow was the thing to do in the tiny town of Cedar City. 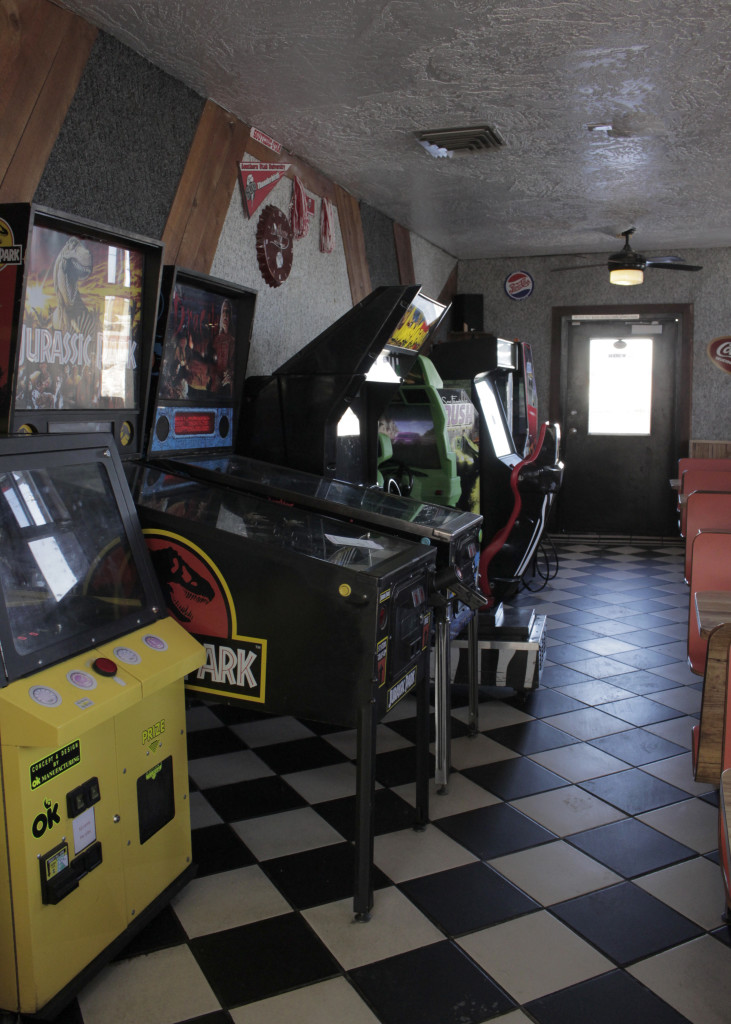 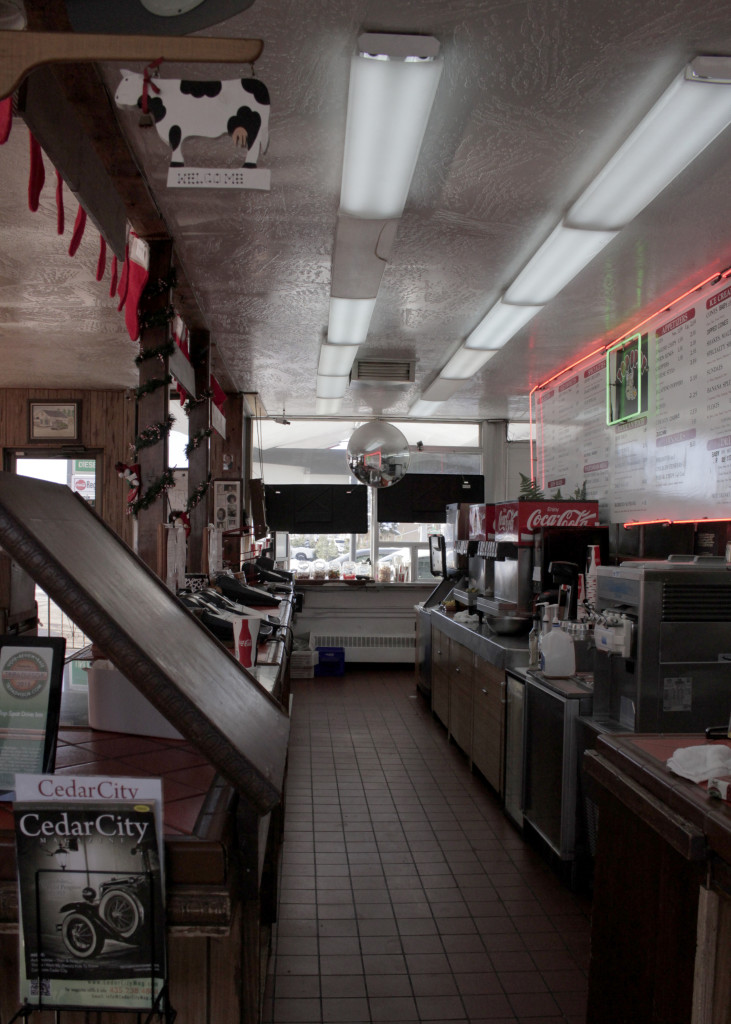 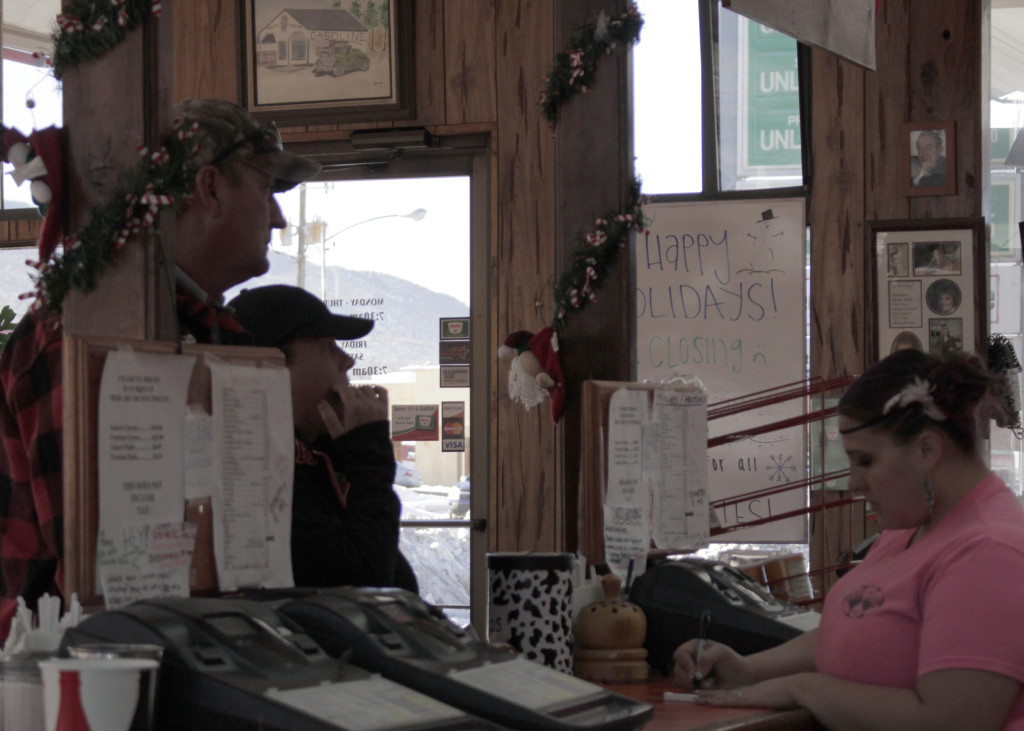 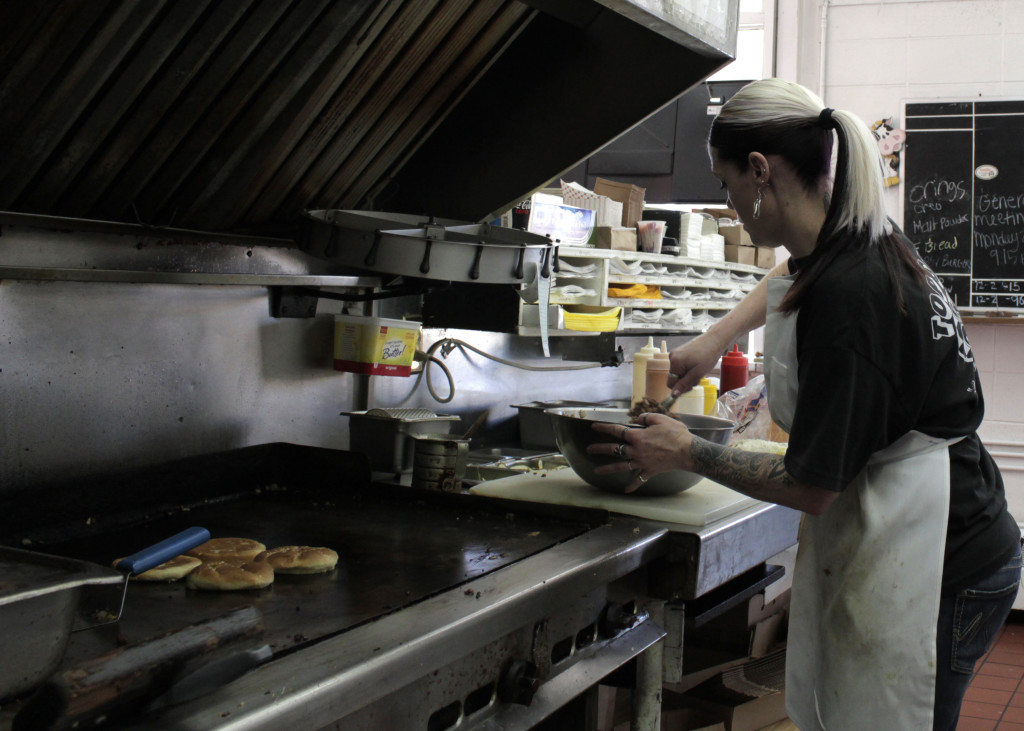 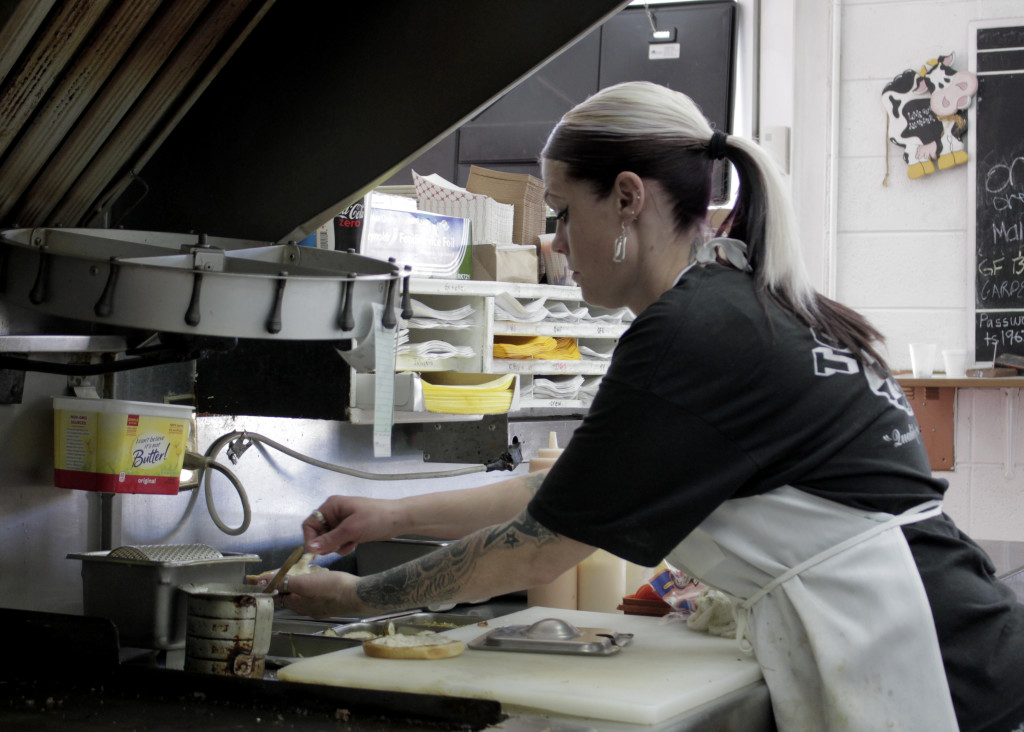 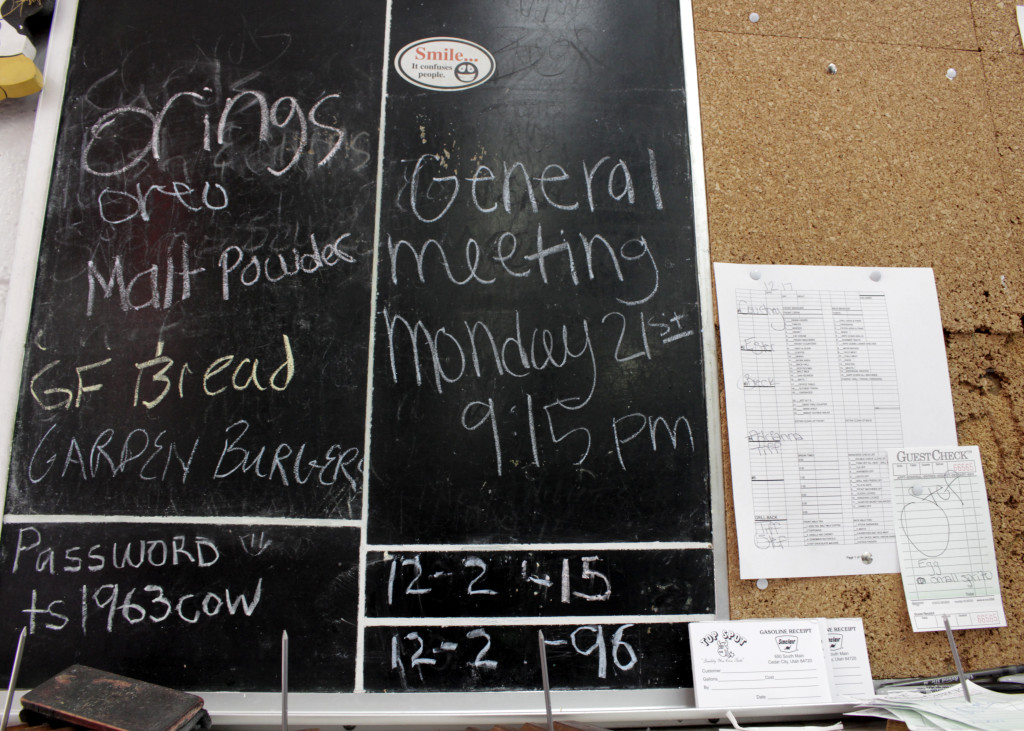 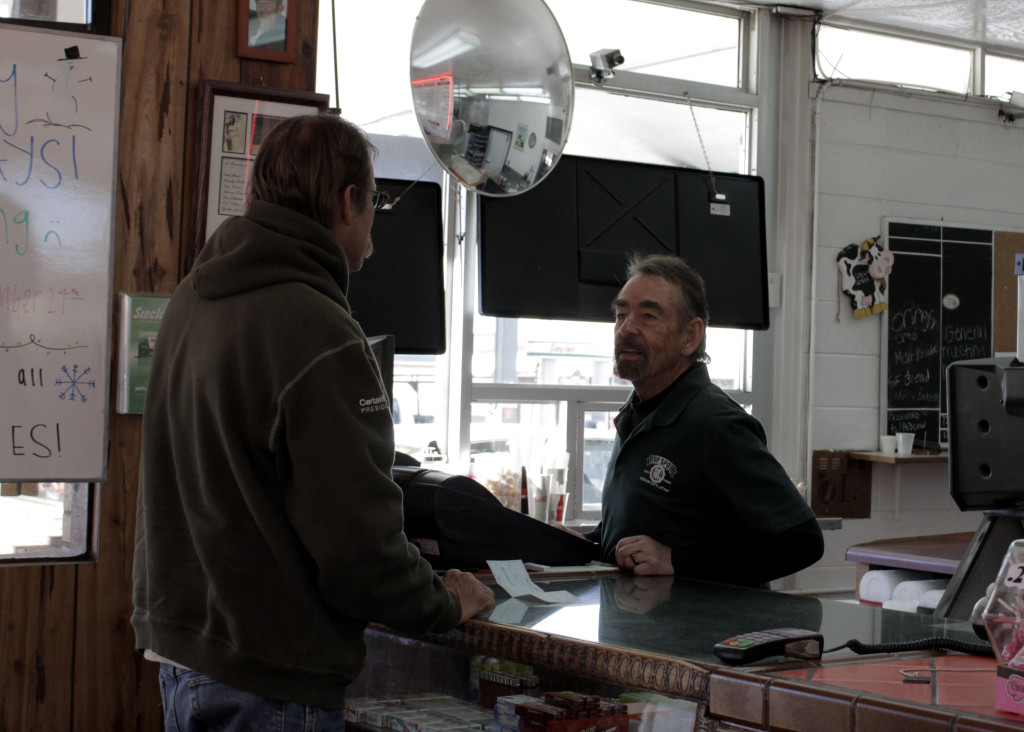 Owner Craig Barton does more than push numbers in the back office, he works in the trenches with his employees helping customers, Top Spot, Cedar City, Utah, Dec. 17, 2015 | Photo by Carin Miller, St. George News 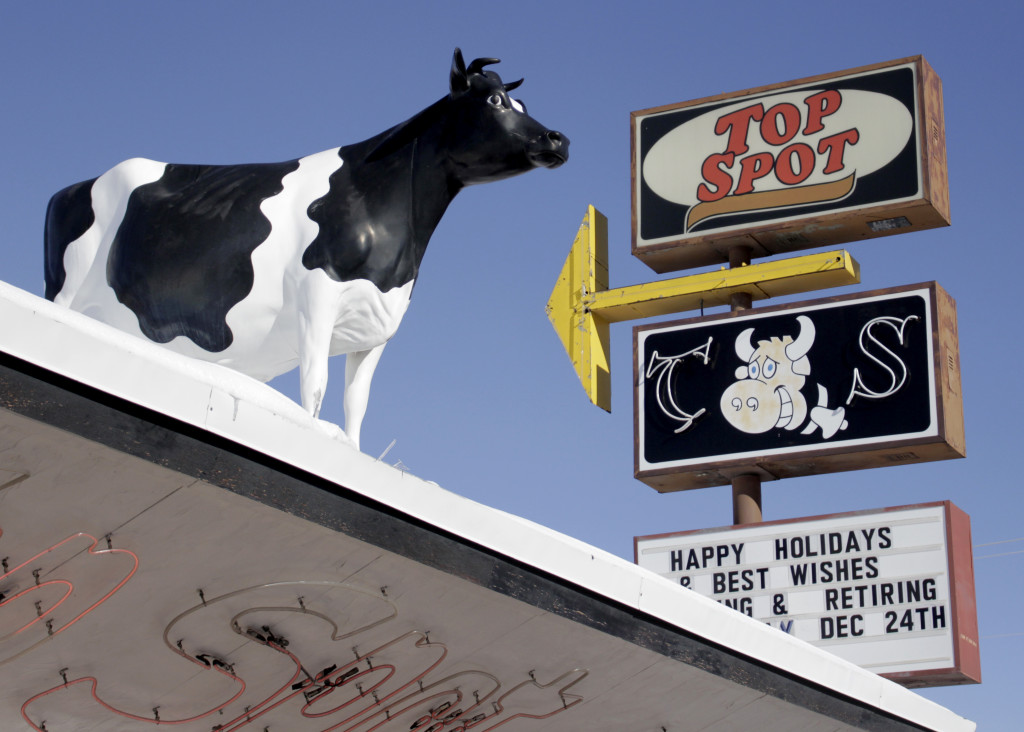 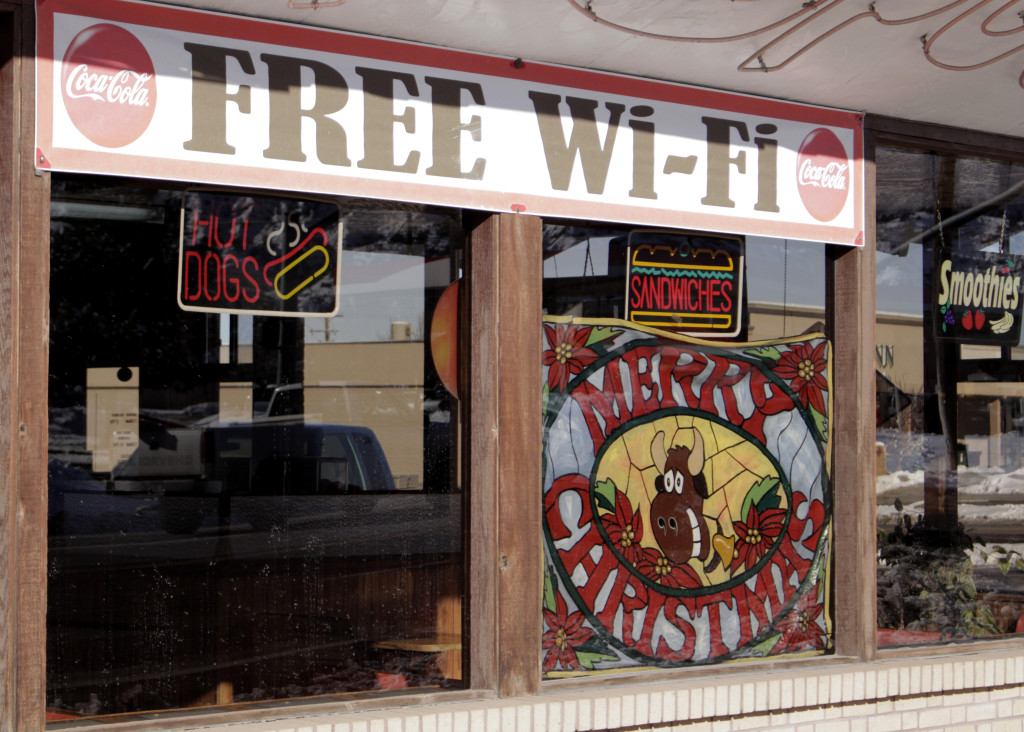 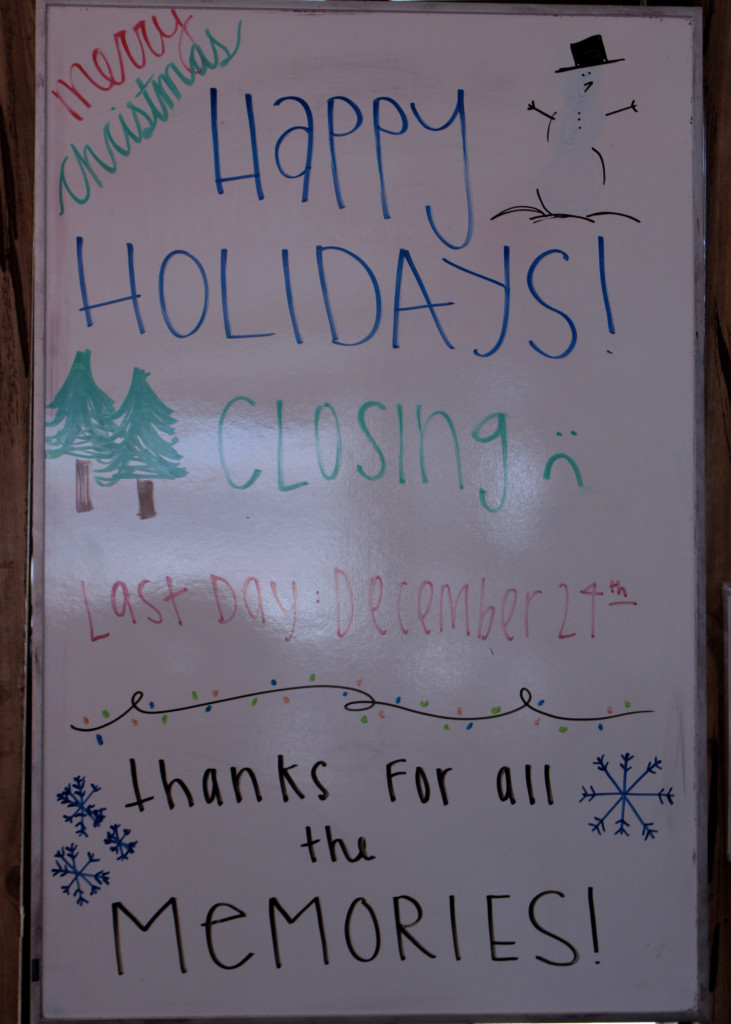 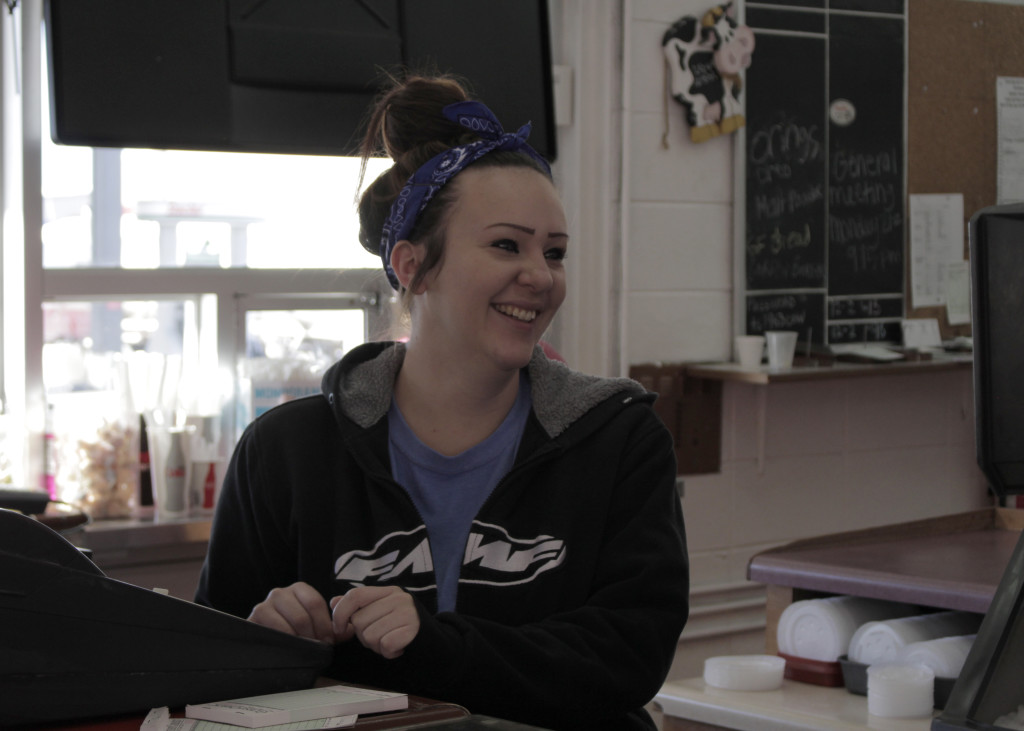 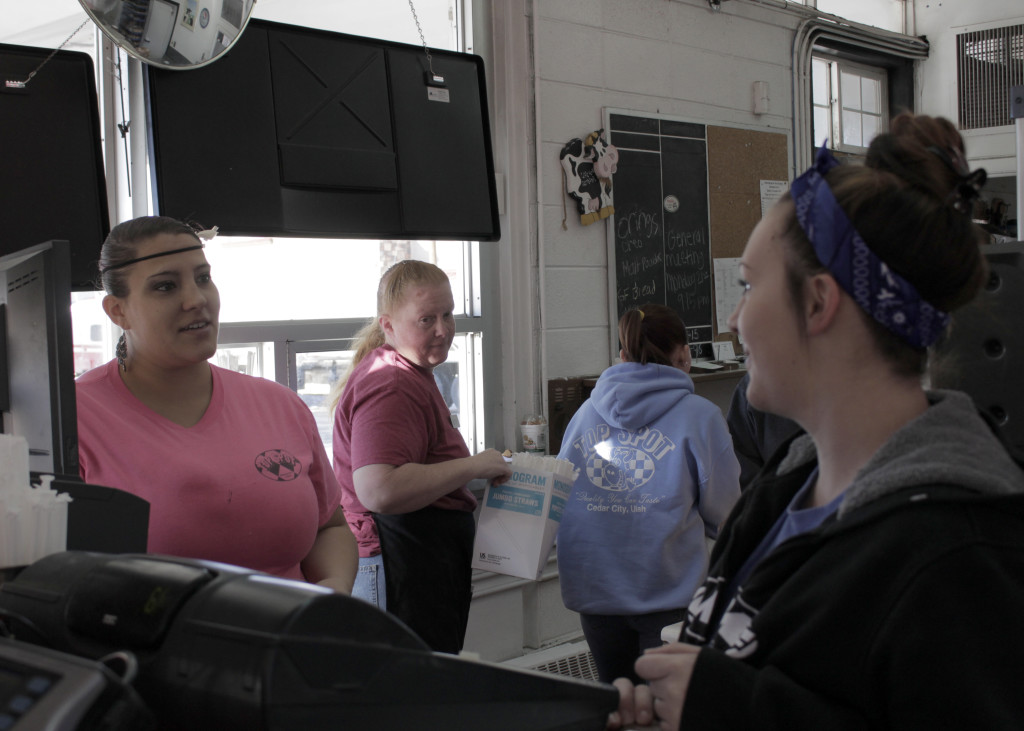 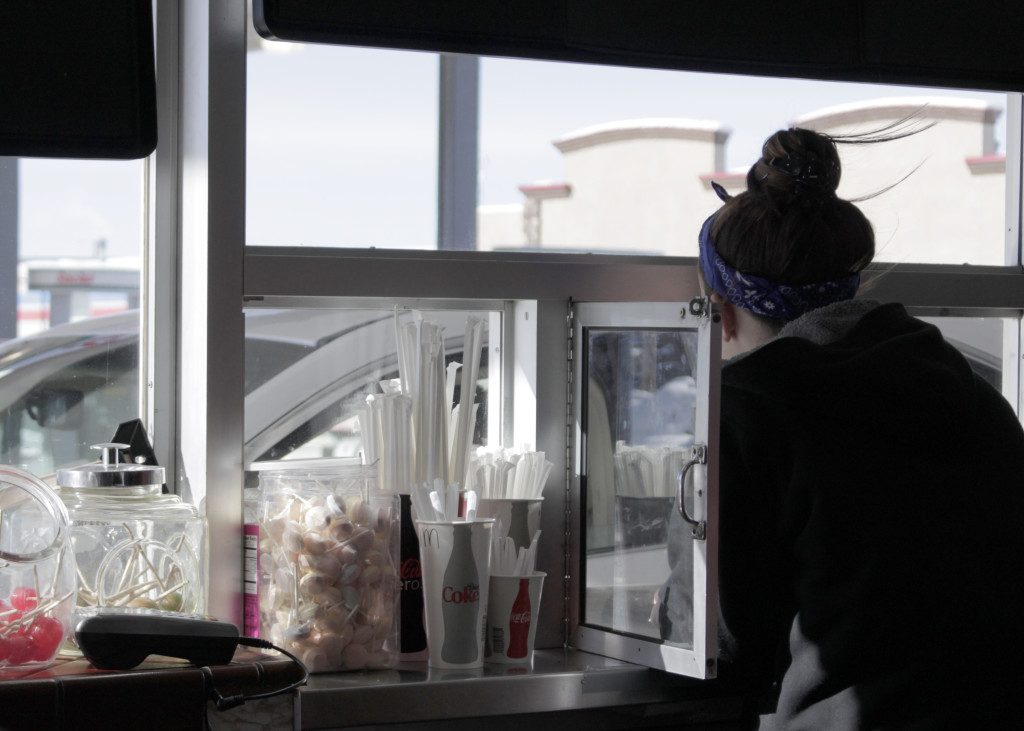 One car after the other pulls through Top Spot to get just one last item from the menu before they close for good, Top Spot, Cedar City, Utah, Dec. 17, 2015 | Photo by Carin Miller, St. George News 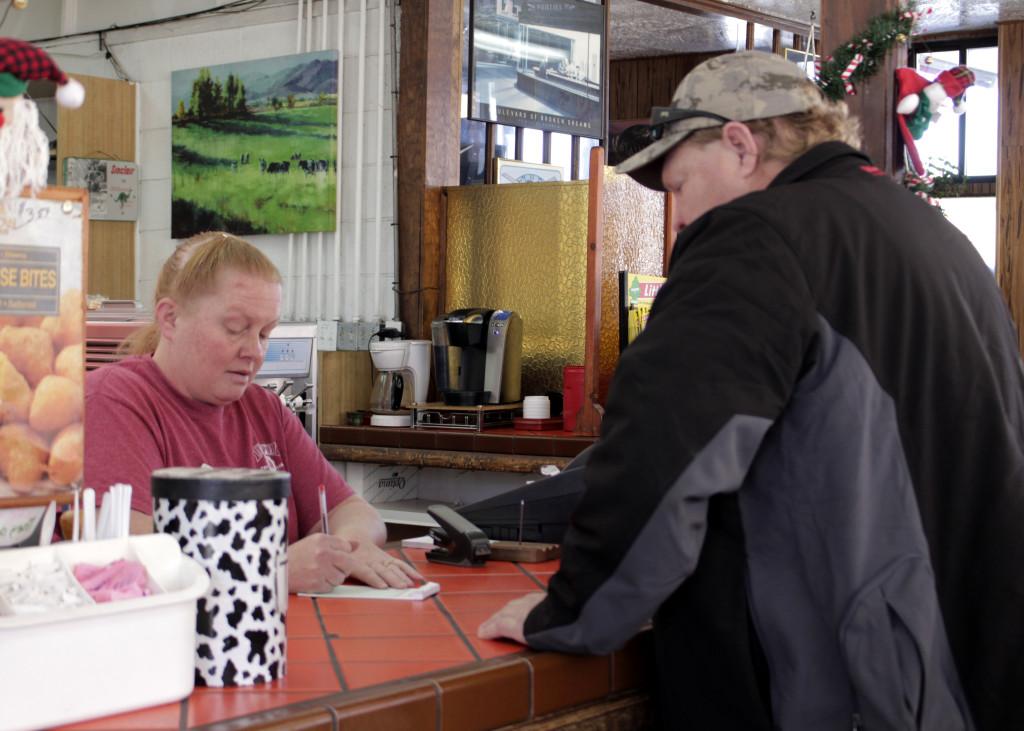 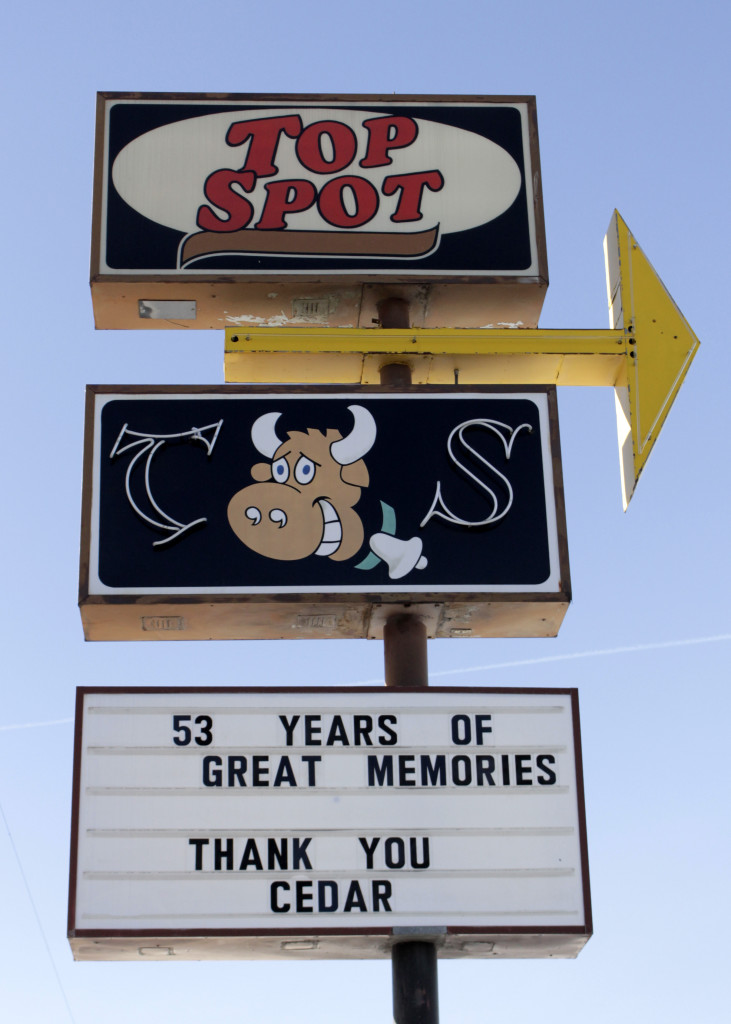 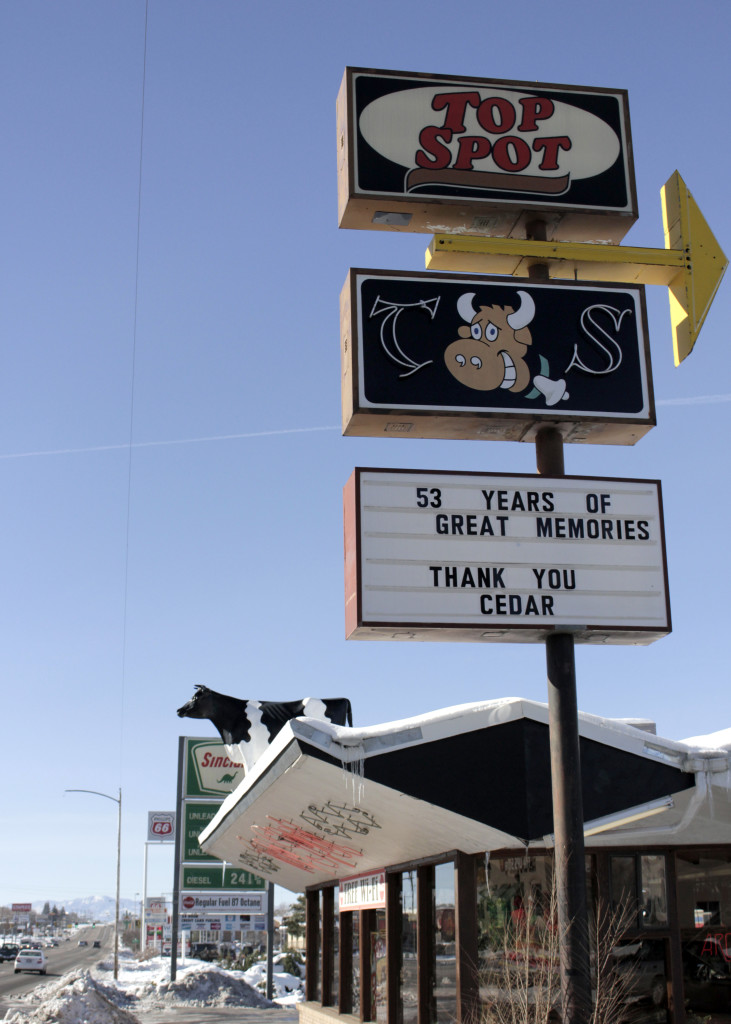 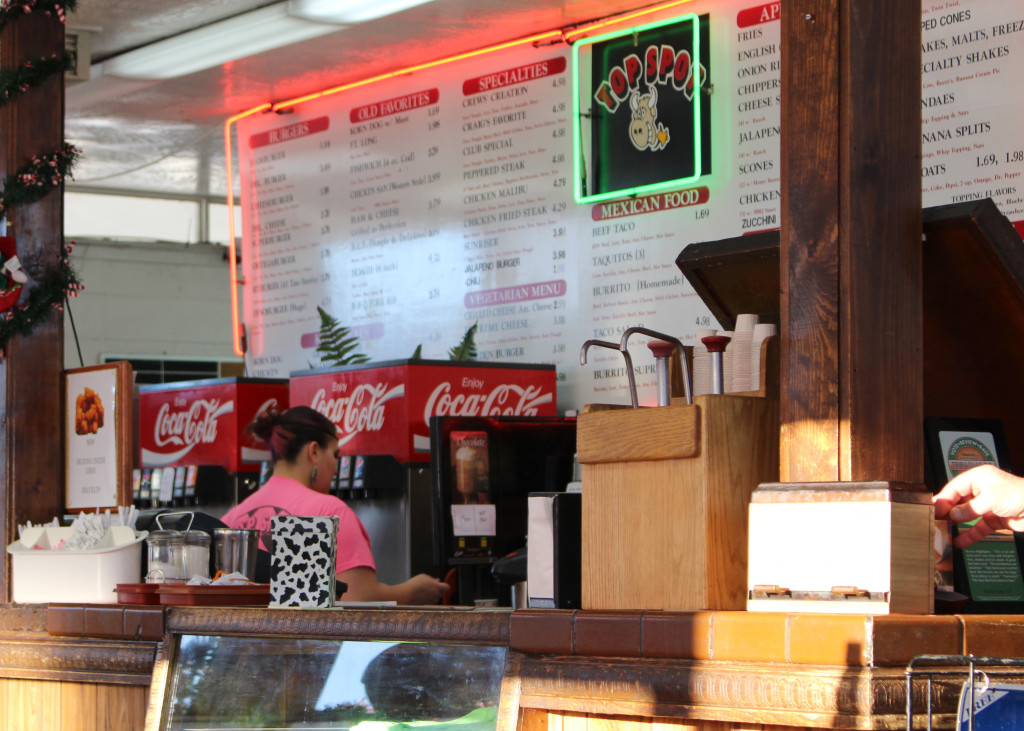 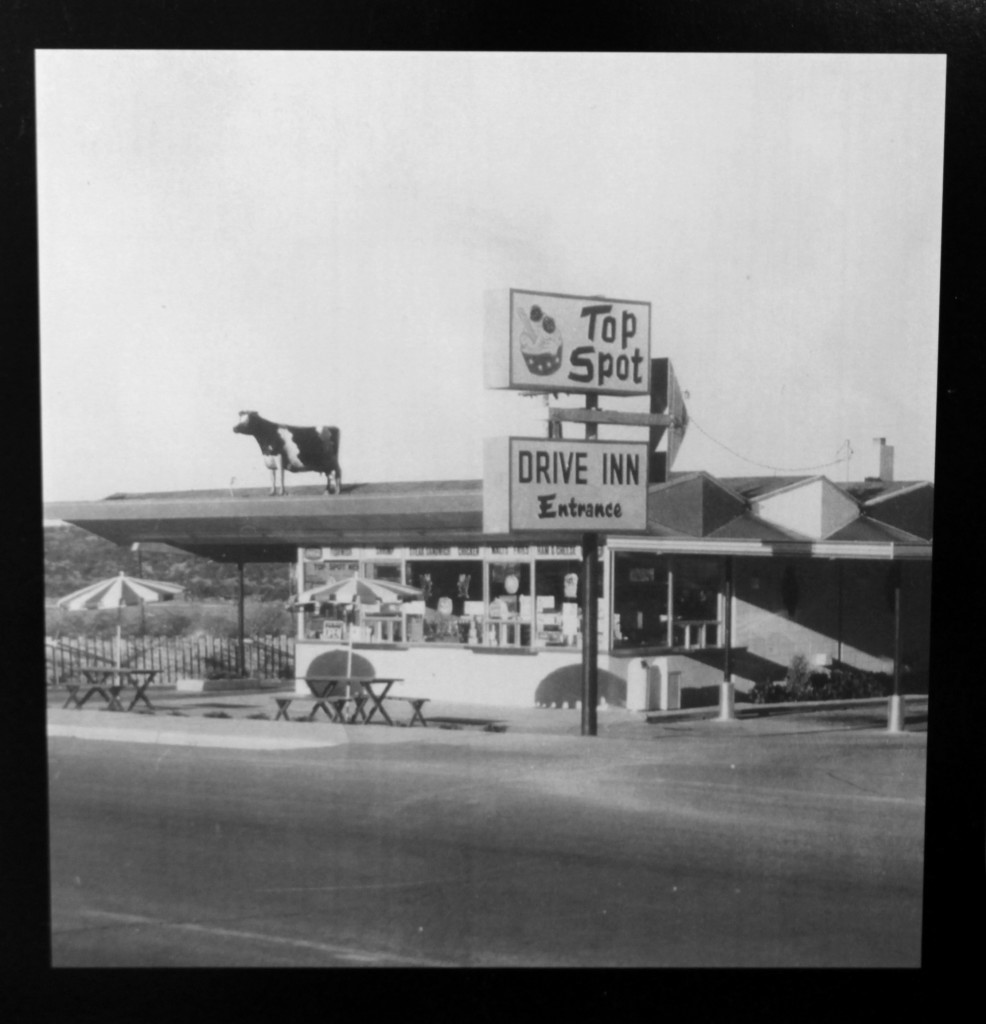 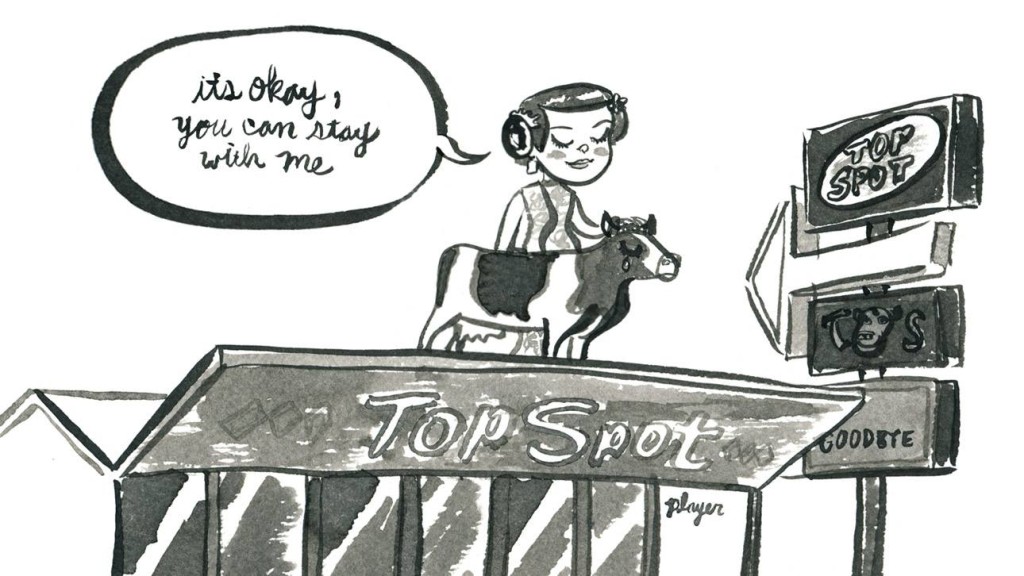 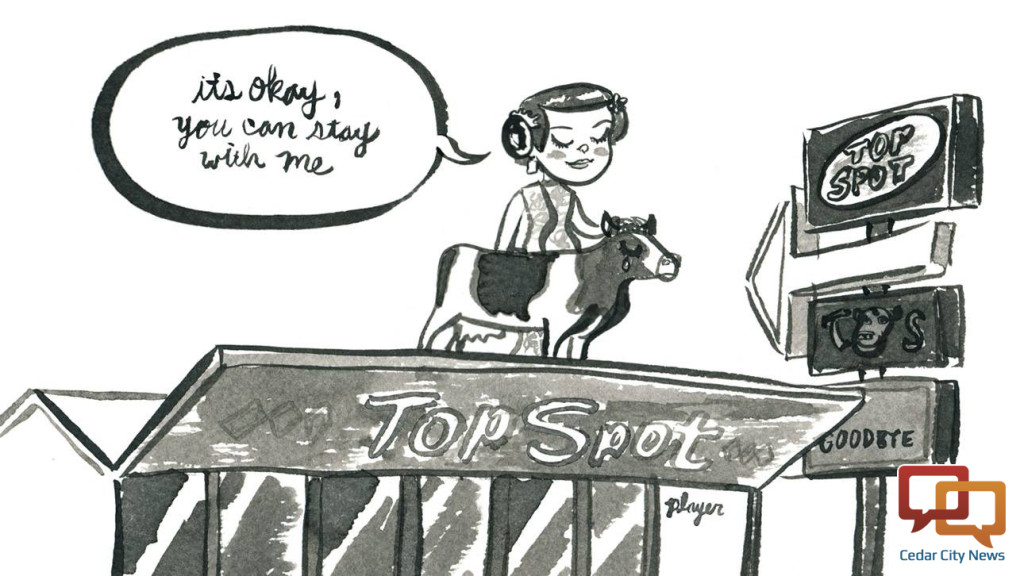