HURRICANE – A woman was taken to the hospital Saturday morning following a two-vehicle collision on 600 North in Hurricane that the driver cited attributes to a parked trailer blocking his ability to see the stop sign.

According to the investigation into the accident, Buell said, the Durango, driven by a 61-year-old man, was northbound on 2600 West and ran past a stop sign, colliding with the eastbound F-150 truck on 600 North.

The F-150 truck was driven by a 51-year-old woman accompanied by a 55-year-old male passenger. The woman had minor injuries and was taken to Dixie Regional Medical Center in St. George by Hurricane Valley Fire District ambulance, Buell said.

The F-150 truck’s passenger and the Durango’s driver were unharmed in the collision, he said.

The driver of the Durango, who later identified himself as Jon Otten, was issued a citation for failing to stop at the stop sign. However, he said he didn’t see the stop sign in time due to a construction trailer being parked ahead of the sign and obstructing his view of it.

Though parked near the intersection, the trailer was not set up in front of the red line on the curb that marks a no-parking zone.

While it may be legal for the trailer to be there, Otten said, that doesn’t make it safe.

Both the F-150 truck and the Durango had to be towed from the scene.

Another vehicle accident occurred at the same intersection on Dec. 10, Buell said. In that case, though, the collision resulted from a driver’s failure to yield to oncoming traffic and was not related to the stop sign. 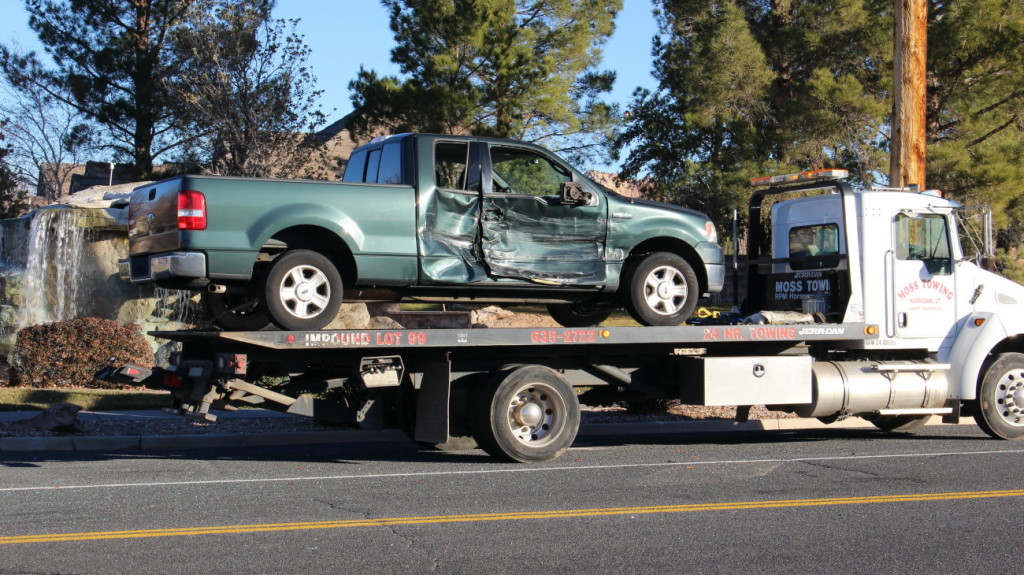 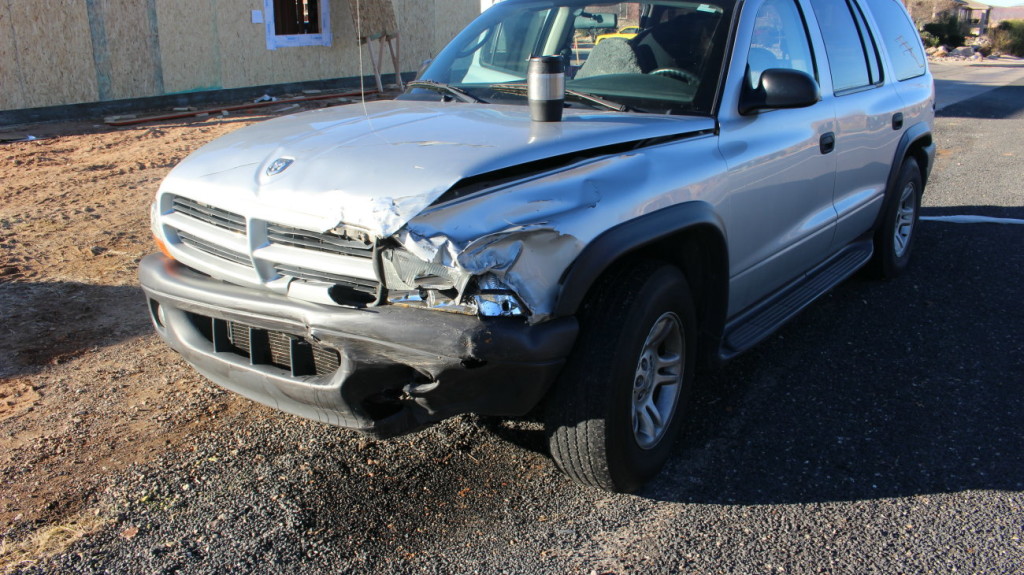 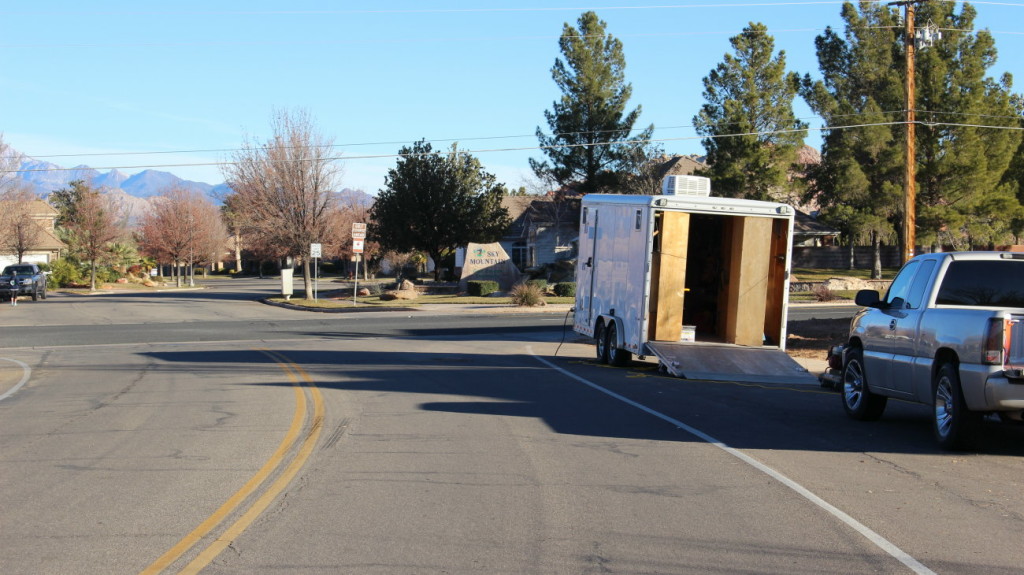 Jon Otten, the man cited for running pass a stop sign by Hurricane Police, said he was unable to see the stop sign in time due to it being blocked by a trailer (right) parked ahead of it. Not seeing the sign in time resulted in a two-vehicle collision at the intersection of 600 North and 2600 West in Hurricane that resulted in one person being sent to the hospital with minor injuries, Hurricane, Utah, Dec. 19, 2015 | Photo by Mori Kessler, St. George News

Driver crashes into truck, house after failing to stop at stop sign