ST. GEORGE – It’s a life or death situation that’s fun for the whole family. The Mystery Escape Room, a new entertainment venue in St. George, challenges groups to solve a series of puzzles, codes and equations to make good their escape from a locked room. The challenge lasts for 60 minutes and requires teamwork and mental agility to succeed. Since the business opened Nov. 9, no one has escaped.

“It’s a way to get away from being inside your phone or inside your device and getting outside of that and interacting with other people, to use your mind, instead of Google, to solve things, to solve puzzles,” Jeff Tuscano, manager of the St. George location, said.

Located in the historic Sheriff Hardy home in Ancestor Square, groups of eight to 12 people can choose between two scenarios, Moriarty’s Parlor or The Ghosts of Christmas, both designed to pit brainpower against the clock. The business hopes to lure families, businesses and students into its web.

“We always knew this would be a great activity for corporations,” Pardew said. “We thought that we were going to have to go out and solicit them. What surprised us was, when we opened, they started coming to us almost immediately. We were very pleasantly surprised that it just kind of grew on its own.”

Pardew said about half of his business comes from corporate clients who were looking for new and unique teambuilding opportunities. Both sites are located close to lodging and restaurants for the ease of visiting groups. 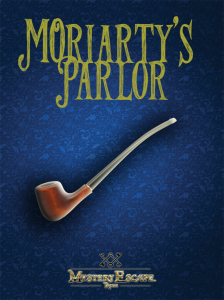 The Mystery Escape Room in Salt Lake City currently hosts about 50 groups a week or roughly 500 people, Pardew said. Of those, 200 to 300 participants are from businesses. Corporate clients fill the rooms during the day and students, families and fun-seekers account for most of the evening bookings.

Business has been so brisk, the Salt Lake location will soon move to larger digs, expanding from its current three rooms to five rooms, with one of the rooms designated for smaller groups.

“Now that we’ve had it running for a year and we’ve had a great response to it,” he said, “it’s time to move forward and build a state-of-the-art facility that is more immersive.”

Pardew, his wife and his five children run the escape rooms as a family business. Not long after opening up north, the Pardews began searching for a second location. After reviewing sites in neighboring states, St. George was chosen, not only for its common media market but because it feels like home.

The Pardews are part of a very small group of owners with multiple escape room locations. When they began the project 18 months ago, Pardew said, there were only half a dozen locations nationwide.

Today there are more than 300 escape room venues across the country. Pardew described the phenomenon as the newest kid on the block when it comes to entertainment. The industry is moving so quickly franchises are now available and Pardew and other owners are working to form an association of owners to bring together their talents and creative vision. 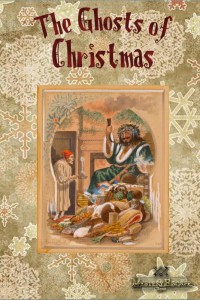 Pardew and company have a competitive advantage when it comes to dreaming up new adventures for their guests. Pardew spent more than 30 years as a video game developer with more than 160 published titles to his credit. He said many owners struggle to come up with new scenarios for their escape rooms.

“We kind of have that locked up,” he said.

Although escape rooms have been flourishing in Europe and Asia for almost a decade, the concept is still relatively new in the U.S. Pardew plans to ride the wave of growth as the idea catches on. Although he sees similarities between the birth of the video game industry and the escape room craze, he doesn’t expect the same exponential growth.

“I don’t see escape games becoming something like that because I think that they’re too closely aligned with other live-action entertainment types,” he said.

While escape rooms may be in competition with other entertainment businesses, the concept and the ability for anyone to participate sets it apart from other recreation.

“Once you’ve gone through it and you’ve experienced it, you’re going to understand it so much better,” Pardew said. “It’s like stepping into a movie. It’s not role playing. You’re playing yourself.”