ST. GEORGE — A two-car collision by Vernon Worthen Park badly damaged two cars Friday, but no one was injured in the mishap.

A Hyundai sedan was traveling south on S. 400 East approaching E. 300 South just after 3:30 p.m. A westbound Nissan sedan was stopped at the stop sign by the St. George Recreation Center and pulled out in front of the Hyundai sedan, St. George Police Sgt. Rich Triplett said.

All occupants were wearing their seat belts and air bags deployed. Triplett said that contributed to no injuries being suffered in the crash.

The driver of the Nissan sedan was cited for a stop sign violation, the officer said.

Units from the St. George Police and Fire Departments responded to the accident. 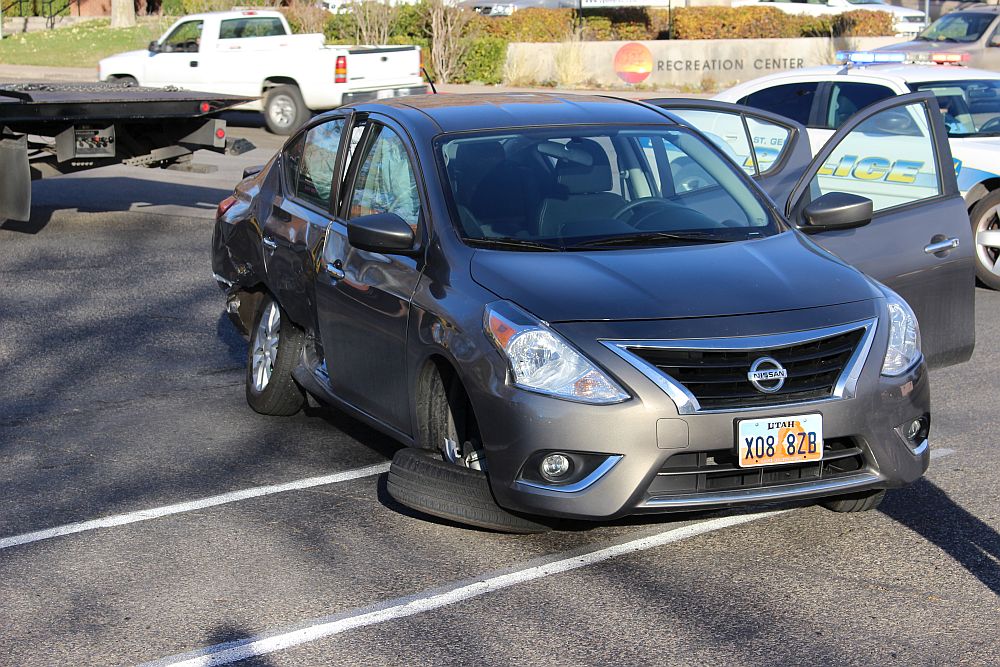 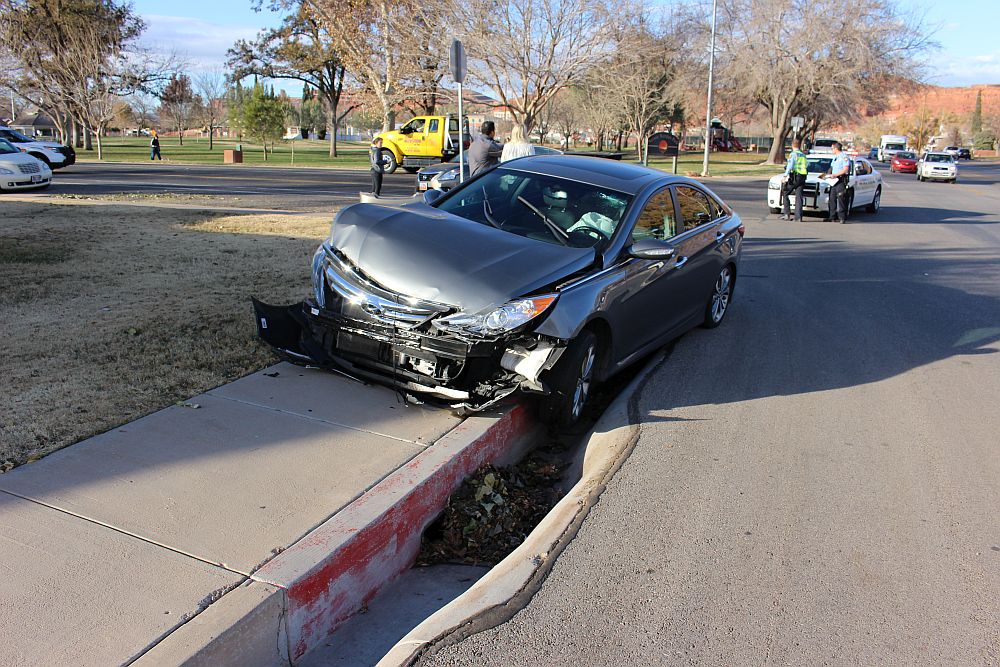 Driver taken to hospital after 2-vehicle accident on River Road