ST. GEORGE —  Fire spoiled Thanksgiving dinner for a St. George resident Thursday as the oven in a mobile home malfunctioned and sent smoke billowing into the residence.

Firefighters were dispatched to the home at 1360 N. Dixie Downs Road at about 2 p.m. on a report of a possible kitchen fire, St. George Fire battalion chief Robert Hooper said.

“We arrived on scene, we did see some smoke coming out of the windows and the doors,” Hooper said. “We found that the fire was contained to the oven itself.”

The resident was apparently cooking a turkey when the oven malfunctioned, Hooper said. The turkey and oven were removed from the residence while firefighters ventilated the smoke out of the home.

No damage was done to the structure, Hooper said. All damage was confined to the oven and some smoke damage to the residents’ possessions — and the turkey. 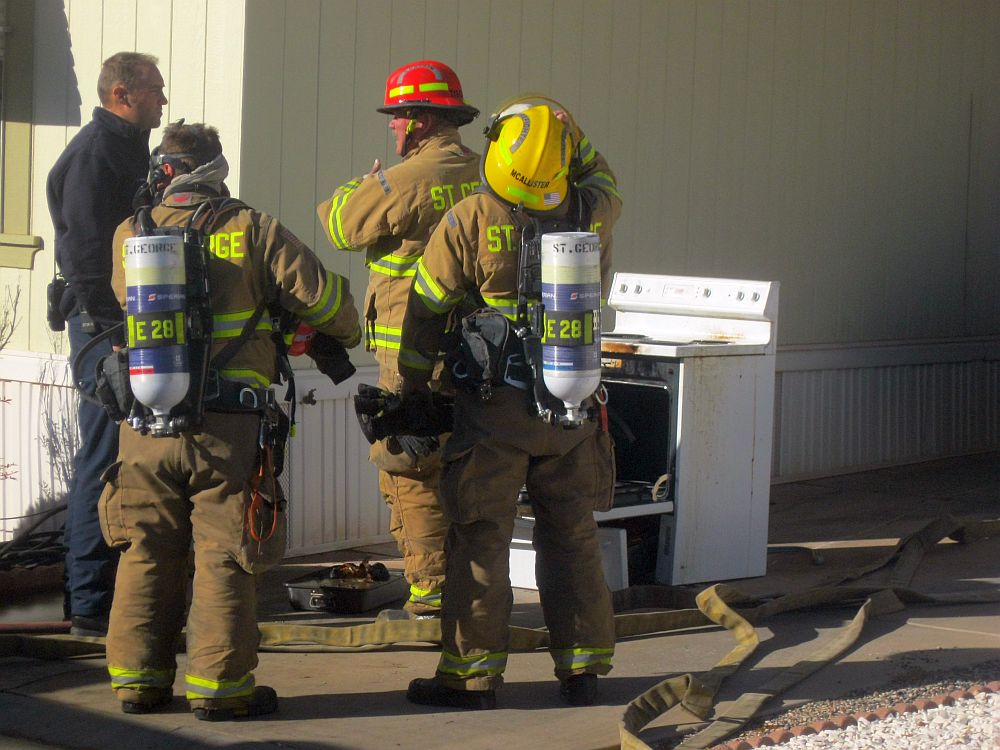 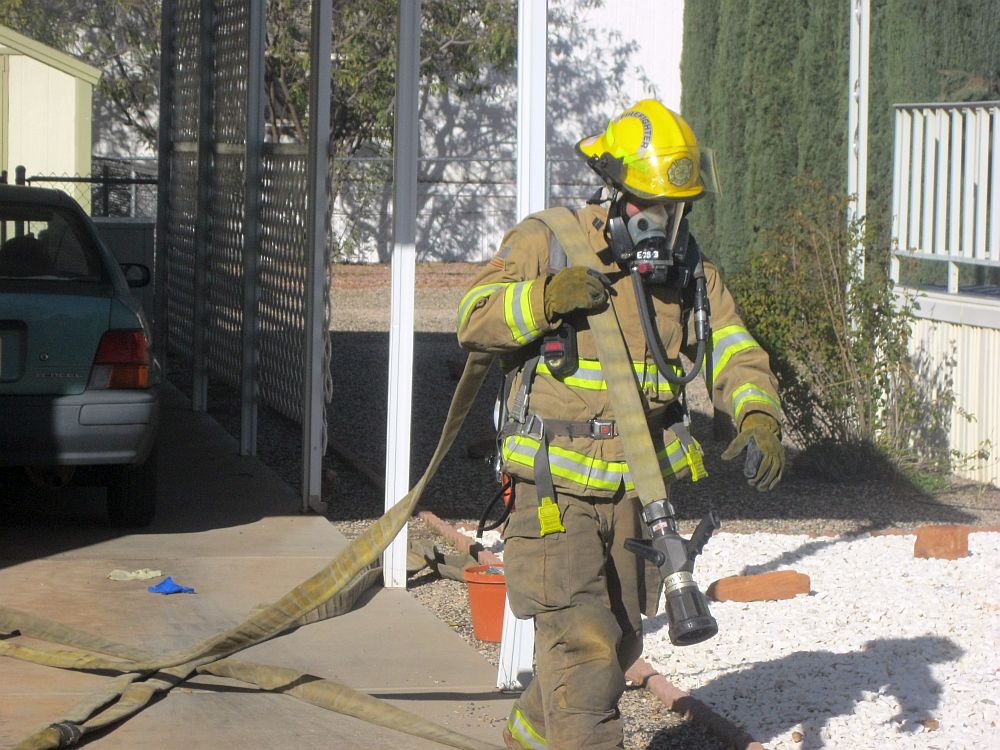 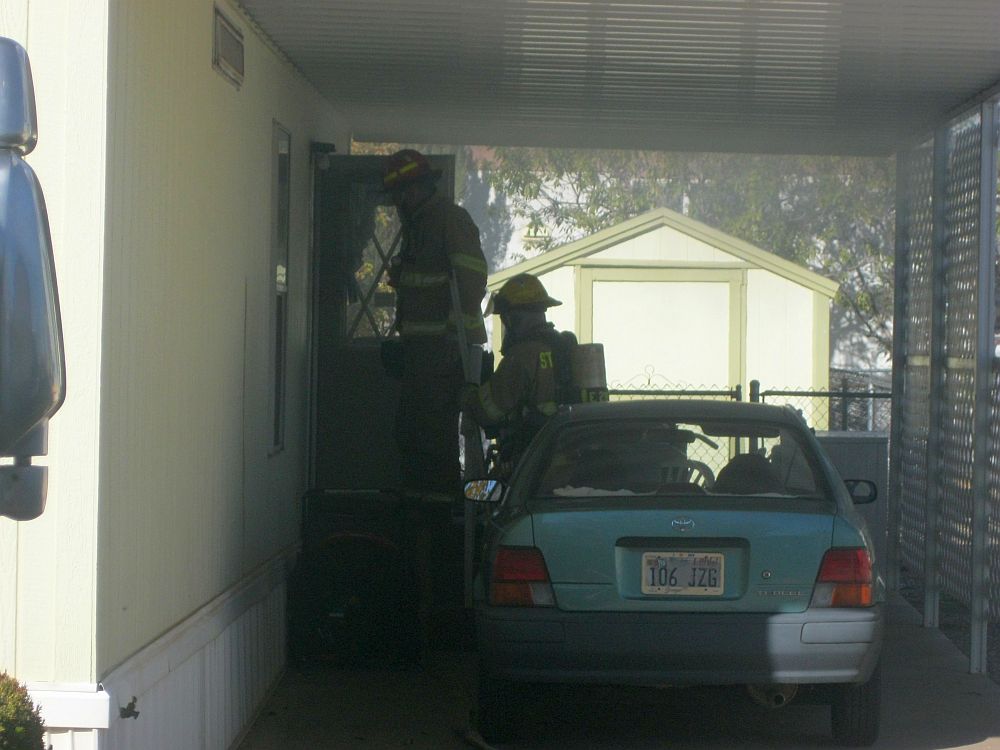 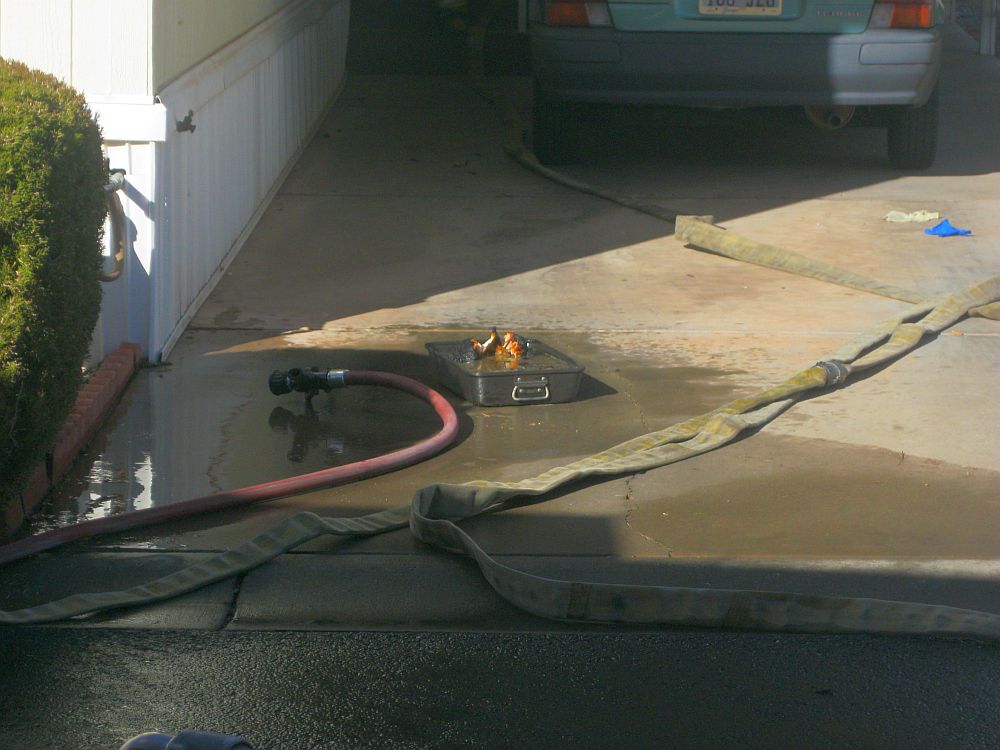 A burned turkey lies in the driveway of a Dixie Downs residence after a malfunctioning oven burned it. St. George, Utah, Nov. 26, 2015 | Photo by Ric Wayman, St. George News