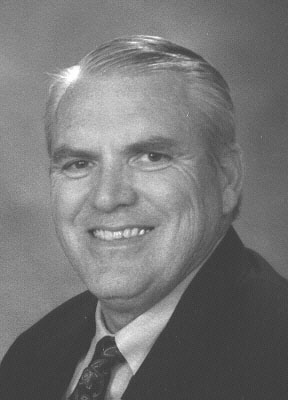 Fred was raised in various small towns in Colorado along the Denver and Rio Grande Railroad where his father worked as a signal man. At Canon City High School, he lettered in basketball, football, tennis and cross country.

His family moved to Mesa, Arizona, his senior year, where he played varsity basketball for Mesa High School. He was dubbed “Crazy Arms” by the local press for his skill on the court.

He graduated in 1962 and then served a mission for The Church of Jesus Christ of Latter-day Saints in Central Britain from 1963-1965.

Fred had basketball scholarship offers from ASU, Brigham Young University, Utah State University and Texas Western. He accepted the one from Arizona State University, played for the Sun Devils and graduated in 1972 with a bachelor of arts in secondary education, majoring in physical education and minoring in political science and chemistry.

As a teenager, he earned an Eagle Scout Award with Bronze Palm. As an adult, he served in various Boy Scout leadership positions and on scout committees.

He married Lesley Ann Cooper, whom he met at the LDS Institute across from ASU June 9, 1967, in the LDS Arizona Temple in Mesa, Arizona. They have four children, Wendy, Spencer, Brian and Carrie. They raised their children in Phoenix, Arizona, and Garland, Texas.

Fred worked for 40 years in the swimming pool and spa industry — in sales, customer service, product technical support and management. He was an expert in water chemistry. In 1978, he was a guest lecturer at the Chlorine Institute National Convention.

In 1983, he became a licensed certified applicator of pesticides for lakes and ponds in the state of Texas. In 1986, he co-authored U. S. Patent #4,614,595 — a patent covering a specific method of water treatment for swimming pools.

He and Lesley also owned their own company for 24 years, which subcontracted the mixing and packaging of specialty pool chemicals. When he retired in 2012, Fred was the general manager of Coral Seas in Garland, Texas, a division of Coral Chemical Company in Zion, Illinois.

Fred was a lifelong member of The Church of Jesus Christ of Latter-day Saints and served in many capacities including as a full-time missionary in England, bishop twice, stake mission president, stake and ward missionary and seminary instructor.

In 1984, Fred had the unique opportunity to serve as President Gordon B. Hinckley’s chauffeur/bodyguard when he was in Dallas, Texas, to dedicate the Dallas Temple. President Hinckley was standing in for Prophet Spencer W. Kimball, who could not attend the dedication.

It was a thrill and a privilege for Fred to be so close to President Hinckley — talk to him, eat with him, etc. — for several days. It was truly a highlight of Fred’s life.

Fred stood 6 foot 6 inches and was an avid golfer, fisherman, bowler and reader. He was affiliated with Toastmasters International during his early career years. He loved all kinds of music, singing in a choir and musical theater productions.

He was a kind, gentle “giant,” who was ever the optimist and who saw only the good in other people. He was always ready with a smile and a hug.

He was preceded in death by his parents, his sister Joyce Luth Sellers and his niece Debra Sellers.

Arrangements have been entrusted to the care of Metcalf Mortuary, 435-673-4221. For condolences, full obituary and funeral listings, please visit their website.

In lieu of flowers, donations to the Juvenile Diabetic Research Foundation would be appreciated.