SOUTHERN UTAH — Standing in a field along state Route 18 just north of Central, the afternoon sun shines golden light on the sagebrush that covers the landscape creating an idyllic scene that belies the dark history of the area known as Mountain Meadows.

The now peaceful high-desert land was once littered with the bodies of a westbound emigrant party who were massacred while they were encamped in the area. Exactly where those bodies were buried has been shrouded in mystery for over a century-and-a-half … maybe until now.

The controversial events leading up to the Sept. 11, 1857, massacre that left approximately 120 people from the Baker-Fancher emigrant wagon train dead have long been a stain in The Church of Jesus Christ of Latter-day Saints’ history because of the perpetrators’ affiliation with the church.

The wagon train, comprised mostly of families from Arkansas, was heading west toward California but as they entered Utah territory they started to run into some trouble.

More specifically, according to the Mountain Meadows Massacre website, the wagon party was denied the opportunity to purchase needed supplies for their journey from the Mormons in Utah.

Cedar City was the last stop before California. In Cedar City, the Fancher party attempted to buy grain and supplies but was refused by the local Mormons due to the Mormons’ suspicion of aiding potential enemies.

After leaving Cedar City the wagon train entered the Mountain Meadows area where they stopped to rest.

On Sept. 11, 1857, under a white flag, Lee rode into the circle of wagons promising peace and a safe escort if the emigrants would lay down their weapons. The men and boys were separated from the women and girls and both parties were marched north from their encampment whereupon, on a predetermined signal, they were massacred.

Only 17 children were left alive, according to the same website.

The bodies were hastily buried leaving them susceptible to wild animals and the elements.

For more than a year-and-a-half, the remnants of the bodies were left along an important emigration route which, according to a September report in The Salt Lake Tribune, led the Army to dispatch soldiers to properly bury the bodies of the victims.

Exactly where those bodies were given burial remained a mystery … possibly until now.

In September, a California-based archaeologist presented information to a gathering of victims’ descendants in Harrison, Arkansas, claiming to have found two mass gravesites built by the Army.

According to The Tribune, archaeologist Everett Bassett plans to publish his findings in a peer-reviewed journal.

The sites are located on private land west of property purchased by The Church of Jesus Christ of Latter-day Saints that was set aside to honor the victims.

According to The Tribune, Bassett said he used old Army records to find the sites which he said were located in a ravine formed by the Old Spanish Trail.

The two sites — one for the men and one for the women — described as mounds of rocks are said to contain the remnants of some 100 of the Mountain Meadows victims.

If the sites do in fact turn out to be the actual graves it could mean closure for people in Arkansas who are descendants of the victims.

Robert John Miller, a descendant of John D. Lee through his first wife, first learned of the massacre at the age of 9, he said, when it was suggested that he do a school report on his ancestor.

Miller was raised in the LDS church but has since left, he said, citing historical problems and a difference of beliefs on ethical issues and doctrine.

“I think that is partly what is so uncomfortable about Mountain Meadows,” Miller said, “it challenges core beliefs about obedience and the authority of church leaders. For descendants, I think there is a tinge of discomfort discovering you are descended from someone who helped carry out the murder of 120 men, women, and children.”

Miller hopes that the supposed graves are investigated and if they do turn out to be the actual sites that it provides some closure. He said:

My hope is that the graves are further investigated and if they are confirmed, they should be properly marked and preserved. The victims should be remembered. And I do think this is more closure for those in Arkansas.

I’m sure there is a ripple effect we can’t comprehend, even 150 years later, and I feel deeply sorry for their loss. Whichever side you are on, it’s like the event is part of our collective consciousness.

Though the findings could be monumental, local historical researcher and founder of Treasures in America — a team of researchers dedicated to finding lost history and, as the name suggests, treasures throughout America — Timothy Draper said that he disagrees with the archaeologist.

When the findings first came out, Draper said, he was contacted by several people who knew of his interest in historical research and asked him if he knew where the sites were or if he could find them.

“When I found them, I found them with the whole idea that I want to know where these new sites are, I want to look at them,” Draper said, “I didn’t really have an opinion whether I believed it or not.”

After spending time at the supposed site though, Draper said, things didn’t seem right, some red flags were raised.

Draper noted that the rock piles didn’t appear to be over 150 years old. The lichen on the rocks, one indicator when testing for age, Draper said, didn’t seem old enough nor did the location of the graves seem logical.

It didn’t seem like it was that old. The ravine itself is really deep in that area, we’ve got about an 8-foot ravine, really, it threw me off almost instantly …. I have a hard time imagining the military finding these bones that are laying on the ground a year-and-a-half after the massacre happened, and the military collecting these bones, and then finding a ravine 800 yards from where the bones were laying on the ground, and then just dump them in the ravine and then put rocks on top of them.

Another indicator that the rock piles might not be graves is that according to the archaeologist, the ravine was part of the Old Spanish Trail, something Draper believes to be unlikely.

It is highly unlikely, he said, that such an old and important trail would be in a ravine, especially one that could contain running water because the maintenance would be too intense.

As a historical researcher Draper said he always takes into account the oral history of those who have lived in the area for generations and has been shown by property owners that the actual Old Spanish Trail is not in the ravine. A noticeable depression runs diagonally across a field in the area marking what Draper believes is in fact the trail.

Draper also believes he has found an actual burial site for the men, he said; remnants of a rock cairn, one of several that marked the area where the massacre took place and where bones were buried were found by him and his team.

These remnants were found on the property purchased by the LDS church and reserved to honor the victims.

Red flags notwithstanding, Draper does not dispute that there are two large rock piles located in the ravine. So if not graves, what could they be?

Draper can’t definitively say, he said, but one educated guess he has is that they might have been dams or water retention walls of some sort, possibly built by the Civilian Conservation Corps.

A photograph in the possession of the Utah Historical Society places the CCC in the Mountain Meadows area around 1936 although, Draper could not confirm whether they were stopping for a lunch break while on different pursuits or actually working in the area.

The only way to know for certain if there are human remains buried in the rock piles would be to dig up the site and search for bones.

Draper did add one final twist to the story however. Using a scientific instrument known as an H3 which Draper said is able to detect any element on the periodic table, one of his colleagues stood on the possible grave sites and did a search for elements in bones. The search came up negative.

Ed. note: St. George News was allowed on the private property with Draper to see the site where the alleged mass graves are located to photograph them. The property owners did not want to be identified in this report. All video footage was taken on public land at sites that have been set aside to honor the massacre victims.

Attempts to contact Bassett at Transcon Environmental, his listed place of employment, have not been successful as of publication time. 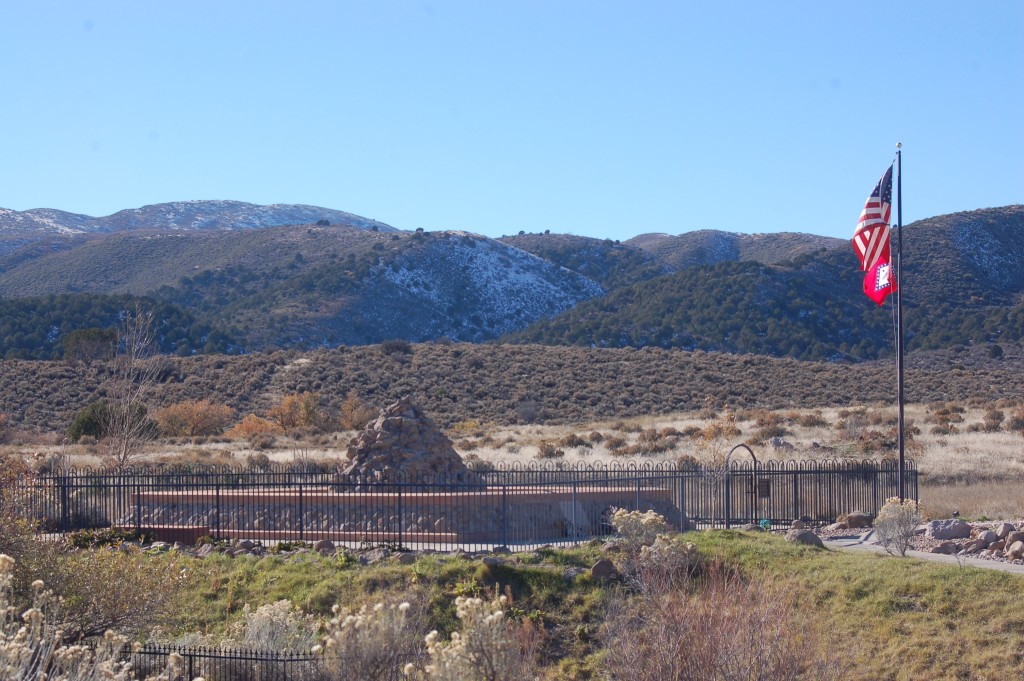 A monument dedicated to the victims of Mountain Meadows Massacre sits in the location of the five-day siege, Mountain Meadows, Nov. 7, 2015 | Photo by Hollie Reina, St. George News 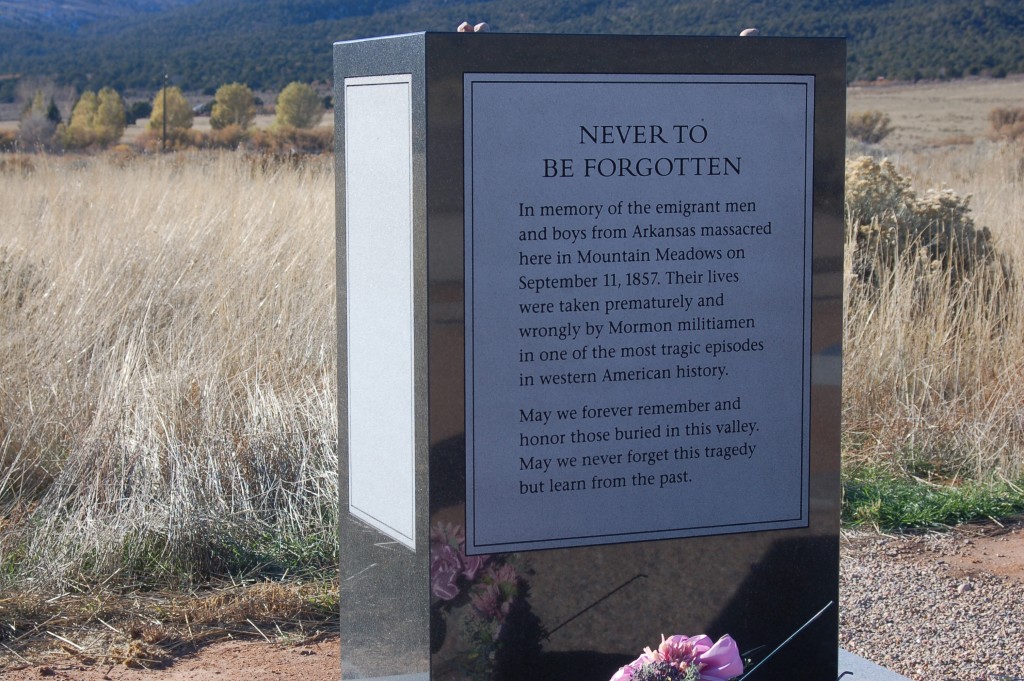 A monument dedicated to the men and boys that were killed in the Mountain Meadows Massacre sits on the site where the Sept. 11, 1857 massacre is said to have taken place, Mountain Meadows, Nov. 7, 2011 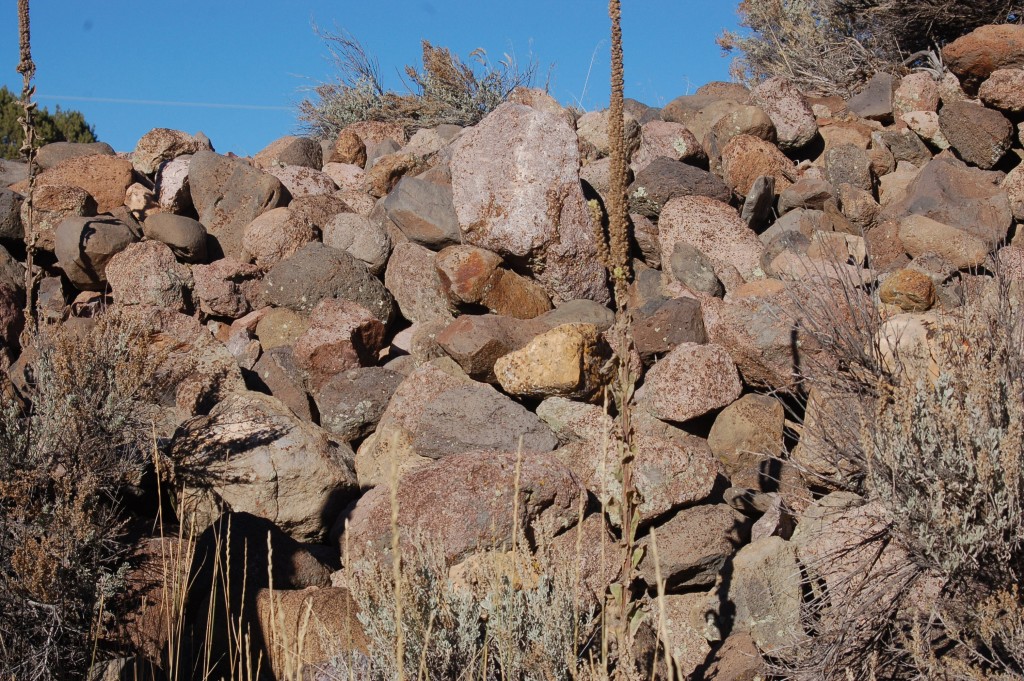 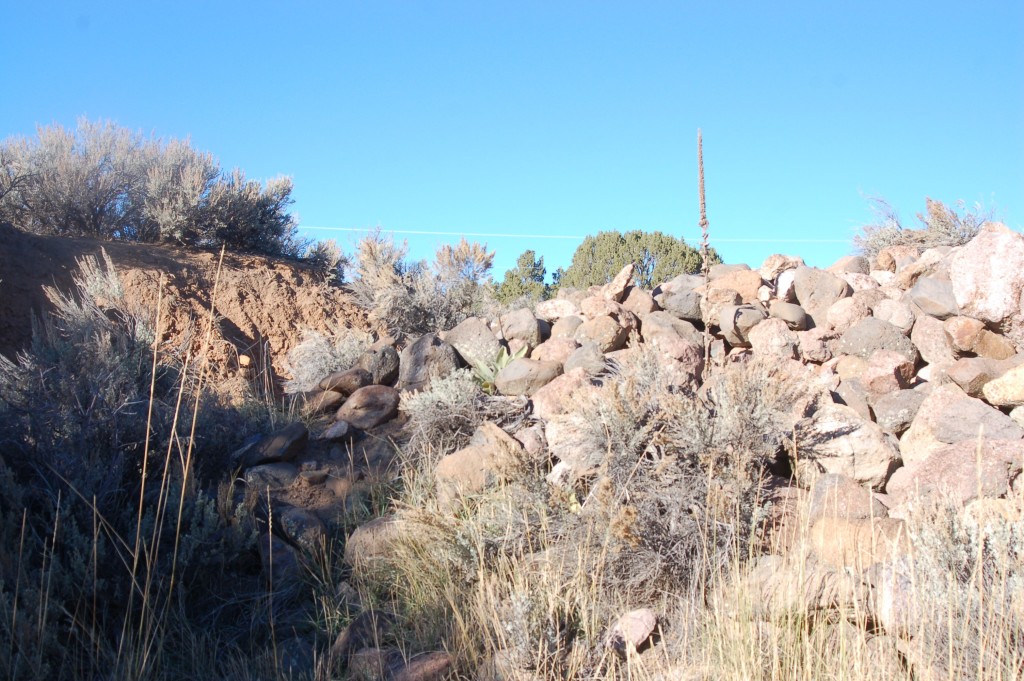 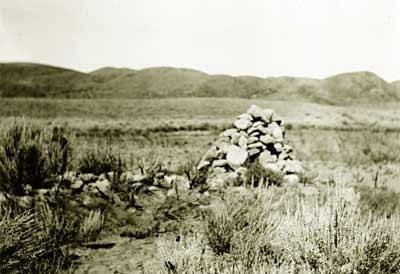 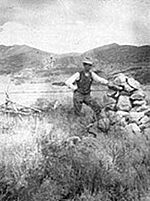 No Filter: Into the Lion's Mouth on a quest for Spanish Gold

Mountain Meadow Massacre to be officially designated as national landmark on Sept. 11

A tiny minnow, a big pipeline and a growing water demand