ST. GEORGE – Leaders in pediatric health are calling for the U.S. government to tighten regulations on e-cigarettes and tobacco products, stating e-cigarettes are threatening to addict a new generation to nicotine.

In an effort to protect the nation’s youth from the “pernicious effects of tobacco and nicotine,” the American Academy of Pediatrics, or AAP, urged the U.S. Food and Drug Administration Monday to create strict regulations for the marketing and sales of these products while strongly recommending the minimum age to purchase tobacco products, including e-cigarettes, should be increased to age 21 nationwide. 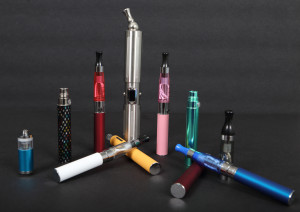 The recommendations were issued in three policy statements that were simultaneously published online in Pediatrics. The recommendations outline guidelines for lawmakers, clinical guidance for physicians working with families to minimize exposure and dependence on tobacco, as well as recommendations for e-cigarette regulations. A companion technical report provides a review of the scientific evidence that supports the recommendations.

“Tobacco is unique among consumer products in that it severely injures and kills when used exactly as intended,” according to the AAP policy statement. “Protecting children from tobacco products is one of the most important things that a society can do to protect children’s health.”

In August, state health officials sounded the alarm about a report that shows nearly twice as many Utah youths used e-cigarettes in 2015 compared with 2013.

Some argue that just as the nation is on the brink of being the first generation that is tobacco-free, an electronic device and some flavored juice are threatening to jeopardize all the hard work.

While e-cigarettes began appearing in the U.S. in late 2006, marketing has exploded in recent years in the industry that has grown in the last five years from about $82 million to an estimated $3.5 billion in sales this year. 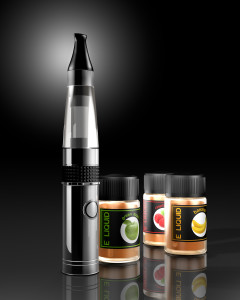 The drug comes in an array of colors and candy flavors that critics say make it attractive to young children. While they are often described as a less dangerous alternative to regular cigarettes, experts say nicotine, including the nicotine in e-cigarettes, is especially harmful to children.

“There is no scientific evidence that supports the efficacy or safety of e-cigarettes as a tobacco dependence treatment product,” according to the AAP. “In fact, e-cigarette use among teens is associated with a higher likelihood of using regular tobacco and lower rates of smoking cessation. In 2014, more young adults reported using e-cigarettes than any other tobacco product.”

The health association urges the FDA to regulate e-cigarettes and other electronic nicotine delivery systems the same as other tobacco products. This includes age restrictions, taxes, bans on advertising to youth and bans on flavored products that are particularly attractive to youth, along with the following:

Child-resistant packaging is critically needed to protect curious young children from exposure to liquid nicotine, according to the AAP. Liquid nicotine is extremely toxic; as little as half a teaspoon can be fatal if ingested by an average sized toddler. In 2014, there were more than 3,000 calls to U.S. poison control centers for liquid nicotine exposure, and one toddler died.

The AAP recommends smoke-free laws that already govern secondhand smoke be expanded to include e-cigarettes. The aerosol emitted from e-cigarettes is not harmless; it contains a variety of toxic chemicals, including some carcinogens and significant amounts of nicotine. Parents should not use e-cigarettes around their children, according to the AAP.

To reduce the number of young people who begin to smoke or use other tobacco products, the AAP recommends regulations that will increase prices on tobacco products: smoking and other tobacco products that produce toxic emission should be prohibited in all workplaces, including bars, restaurants and health care facilities, and they should be banned in places where children live, learn and play, including sidewalks, recreational and sports facilities, entertainment venues, parks, schools and dormitories, and multi-unit housing. Smoke-free homes and smoke-free vehicles should be promoted.

“The developing brains of children and teens are particularly vulnerable to nicotine, which is why the growing popularity of e-cigarettes among adolescents is so alarming and dangerous to their long-term health,” said Karen M. Wilson, chair of the AAP Section on Tobacco Control and section head of Pediatric Hospital Medicine at Children’s Hospital Colorado.

Additionally, several Utah counties have enacted regulations to govern the sale and manufacture of e-cigarettes, and official say it has been effective in lowering the use of e-cigarette use in those counties.