SANDY — For the second year in a row, a No. 2 seed is the state champion in girls soccer. 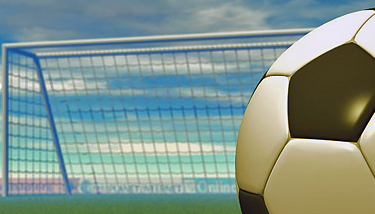 The Logan Grizzlies, who finished second in Region 11,  shook off a regular-season ending loss to win four straight playoff games and capture the 2015 3A State Championship. Logan jumped out to a quick 2-0 lead over Cedar and held on, putting it away late in the game on the way to winning the 3A title 3-1 over the Lady Reds Saturday at Rio Tinto Stadium.

After falling behind 2-0, Cedar scored right before half and came close several times to knotting it up in the second half. But Logan’s Veronica Sullivan found teammate Demi Lopez with a pretty assist to shoot down the comeback attempt in the 60th minute.

Sullivan streaked down the sideline before crossing it and setting up Lopez with an open shot right in front of the goal, effectively deflating the comeback attempt. After several Cedar attempts to equalize, including one attempt that went off post, Logan took advantage of a counter attack and put the game away.

“I always tell Veronica that she loves to take it down that line and to find me and give me a square ball right at my feet and today she did that,” Lopez said. “The defender stepped in like they always do and she slipped it there and I was gone. We were kind of out of it today and Cedar definitely kept us on our toes, but we had the connections we needed and scored.”

Early in the match, Sullivan scored a goal of her own in the ninth minute when she headed in a loose ball off of a corner kick. Logan continued to control the ball and at the 26th minute, the Grizzlies doubled their lead with a Kennedy Michel shot into the bottom right corner.

Cedar finally turned momentum around when, just before halftime, Nicole Jenkins landed a cross in the middle to teammate Morgan Myers, who found a one-on-one with the keeper and nailed it home in the 39th minute.

“I was all alone,” Myers said. “Nicole crossed it and set it on my chest and I just drilled it in. I was like finally. I have been wanting to score on this field.”

Out of the gates in the second half, Cedar effectively controlled the ball and found several scoring opportunities. But the Lady Reds ultimately were unable to convert. In the 54th minute, school scoring record-holder Jenkins watched in dismay as her attempt to tie things up hit post in the top left corner and bounced clear.

“It was really, really intense,” Jenkins said.  “We can’t be upset with ourselves because we played hard. It was awesome and we got to come all the way back here and we did it as a team. Yeah, we lost, but we made it back. I am not so much sad that we lost, just sad that it is over.”

After Logan went up 3-1 Cedar pulled out all the stops and nearly scored when Jenkins couldn’t quite catch up to a shallow through ball that would have been an easy tap-in for the team’s star.

At the end of the day, Cedar said they are happy for the chance to play for a state title for the second year in a row.

“It’s been an amazing season,” Myers said. “I love all of these girls. Even though we didn’t win state, it was worth coming back again.”

Cedar head coach Scott Kamachi added that it was a great experience, regardless of the outcome.

The senior class for Cedar was the most successful class in recent history for the Lady Reds. Jenkins, who played her last game, leaves CHS with the scoring title she broke her junior year with 19 goals and broke again her senior year with 25 goals. She has 52 for her career.

“Just watching her from her freshman year, where she played in the game up against Ogden and I didn’t want to put her in,” Kamachi said. “I said, ‘You are kind of small, I am not sure I want to put you in.’ She works really, really hard and she doesn’t have a lot of emotion and she is silent, but she is all over the place. She has worked so hard.”

Kamachi reflected on the success his graduating senior class has had.

“The senior class this year has had the best four years of any class that we have had,” Kamachi said. “They have been here last year and won and today there was little bit of tears but it wasn’t the devastating loss because we knew we played a good game and they beat us. They won. We’ll take home the trophy and be excited about. If you are going to end your season, it might as well be here at Rio Tinto.”