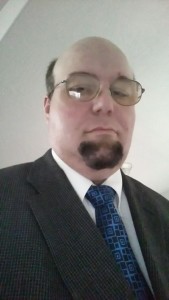 Spencer was raised in Thousand Oaks, California, and served in the California, Ventura Mission. He attended Dixie College while working as a chef.

He started out as a drafter and moved into architecture. He loved to design themed environments like Pirate Island Pizza and a theme park in Jeddah, Saudi Arabia. He worked with LR Pope Engineering for several years and made lifelong friends within the firm. His dream was to build an 80-acre theme park, America’s Adventures, in Southern Utah.

Growing up, Spencer’s passions were music, theater tech, and scouting, and was an Eagle Scout. He was a talented tuba and bass trombone player and played in the jazz and marching bands in high school and college.  He and his wife played in the Dixie College band. He has lived all over the world while his father worked making movies. While on the island of Malta making “Popeye,” he was baptized in St. Paul’s Bay.

Arrangements have been made under the direction of Spilsbury Mortuary, St. George 435-673-­2454.