ST. GEORGE -It starts when a young trick-or-treater goes missing after walking past a deserted old mansion. Where it will end is a mystery only author Berk Washburn and his brother Andy can solve. Set in the real town of Trona, California, where the brothers grew up, heroes Cam and Cal search for answers to the tragedy within the walls of the old Searles Mansion where something evil lurks. 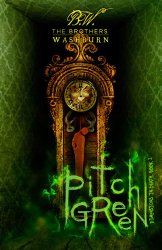 The Brothers Washburn and their “Dimensions in Death” young adult horror series have caught the attention of young readers and critics alike. Berk Washburn will be on hand Saturday at the St. George Book Festival Book Expo to greet fans and sign copies of the popular books.

Both men had been writing fiction in other genres when they decided to team up to write the series. They attended a writer’s workshop in New York City where they learned that publishers were looking for good young adult horror stories.

“We looked at each other and said, well we can tell scary stories,” Berk Washburn said. “We grew up, our whole lives telling scary stories.”

Later that day they got on the subway and rode it from one end to the other talking over how they would structure the story. Although both men work differently when writing, they had no problem agreeing on one thing: It had to take place in Trona.

“It’s desolate and isolated and kind of scary anyway,” Washburn said. “We thought that this would be the perfect setting for a horror story.”

The writing duo has returned to their old hometown several times since starting the series to make sure their memories were correct. They checked the geography and the setting for authenticity as well, “even though there are no predators coming across from another dimension into Trona and stealing their children.”

Washburn is not completely comfortable with the ‘horror genre’ designation. He prefers suspense and mystery to blood and gore and refuses to resort to horror writing gimmicks. Washburn characters are not stupid.

“I kind of rebelled against that because I want my main characters to be intelligent. I don’t want them to be dumb. So then you have to write so you can still create suspense and get them in trouble but not have them get in trouble by their own stupid mistake,” he said. “We can be very intelligent, making very intelligent decisions and things can still go wrong.”

Washburn characters are intelligent and insightful, often sacrificing themselves for the greater good. The horror portrayed in the series relates to concepts, not gore.

“Even though my genre is horror, it doesn’t have to be just gross and graphic and horrible,” he said.

Washburn favors the Alfred Hitchcock approach. He points out the legendary film director created an ongoing tension that kept audiences on the edges of their seats. 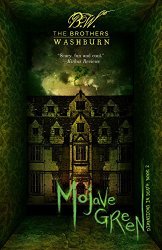 Washburn creates intelligent characters for his young adult audience because he believes they speak to the intelligence of his readers.

“I think the youth are super smart. These are kids who analyze their world, whatever that world might be,” he said. “I want to bring them into a world that’s at least as intelligent and as thought through as they have thought through their own world.”