ST. GEORGE  – Unlike last year, when the cold and rain put an ever-so-slight damper on the first Live United LIVE Music Festival, this time around the sun was out and blazing.

“We’re dry this year (and) we are so happy with the weather and our artists lineup has been great,” said Rebekah Pectol, executive director of United Way Dixie.

Primarily sponsored by Camping World and with the support of others like the City of St. George and Tuacahn, the musical festival benefits United Way Dixie, which in turn supports other nonprofits – 17 in all – that aid the community in some fashion. These include the Dove Center, Big Brothers Big Sisters, Habitat for Humanity and others through grants. It also aids the nonprofits with public outreach and awareness. See a full list of its partner charities as of 2013-14 here: United Way Dixie’s Partner Agencies (charities).

“They go to 17 different charities,” Camping World’s Charles Gunter said. “So you do one big (charity) and then it allows the fingers to spread the money back into the community.”

Now in its 21st year of operation, United Way Dixie has raised over $4.5 million for local nonprofits over the years.

“It’s been a pleasure to serve the Washington County area with all we do here,” Pectol said.

Among the nonprofits supported by United Way Dixie that had a booth at the music festival was the area’s Big Brothers Big Sisters program.

“(The relationship) has been good,” said Hoagan Powell, who has been involved with the nonprofit for 40 years. “They’ve been a good supporter … They give us a lot of visibility and let people know we are here.”

A newcomer this year is the Switchpoint Community Resource Center. The center acts as a homeless shelter and houses between 70 and 80 people a night, with 100 more on a waiting list. Switchpoint also works to end homelessness through the many programs it offers thanks to partnerships with other nonprofits like United Way Dixie.

One fledgling nonprofit planning to apply for aid from United Way Dixie is Momma’s Kitchen. Founded by Elizabeth Davila three months ago, the goal of Momma’s Kitchen it to be a community kitchen where people can eat free of charge.

“I will be feeding the community on Friday, Saturday and Sunday organic and vegan meals,” Davila said.

People who eat at Momma’s Kitchen will have the option of supporting it through community service or monetary donations.

Davila plans to apply to United Way Dixie in January, she said.

The charities who lined the borders of the event were not the only ones who were benefited from the event. Throughout the day, those in attendance were encouraged to test their luck by purchasing a ball, which was then used in a drawing for prizes including a used Volkswagen Beetle, a $1,000 check and an iPad.

The prizes, food and musical entertainment proved to be a draw to hundreds of people throughout the day, helping draw awareness to the many charities in attendance – something City of St. George Mayor Jon Pike said he hopes to continue to see as the years go on.

“So I’m hoping that this is a thing that will build from year to year,” Pike said, “and be a good fundraising opportunity for the all the different not-for-profits that are supported by United Way Dixie.”

Among the musical acts performing at Live United LIVE this year was Eric Dodge, a homegrown country singer and local favorite.

“I love seeing all these booths here,” Dodge said. “All these people with their charities and their nonprofits; everybody going around and supporting them. The whole event here is put together for a good cause and I like that.”

“I’m really excited,” Pectol said. “With a name like Howard Jones we just hope to provide a celebration with a large name to the community and we’re just so excited.”

As Jones’ stage time drew closer, more and more community members began to show at the event and soon much of the lawn area in front of the stage was filled with fans sitting in chairs, on blankets and some even on the grass and sidewalks.

When Jones took to the stage, the crowd cheered and many of those in attendance joined in — singing Jones’ popular songs right along with him from the comfort of their chairs and blankets. As the show went on, some even chose to stand and dance along to the grooves. 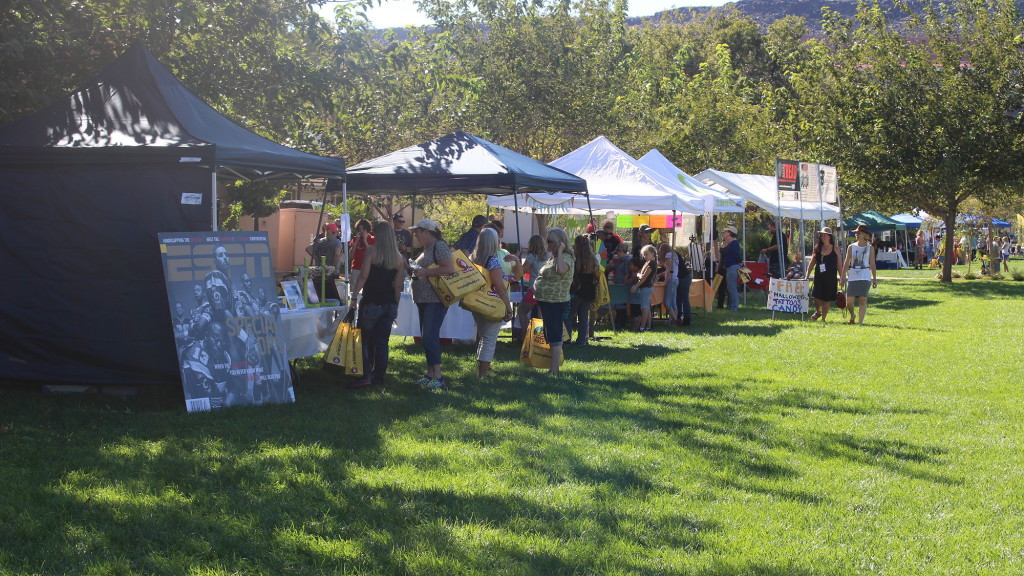 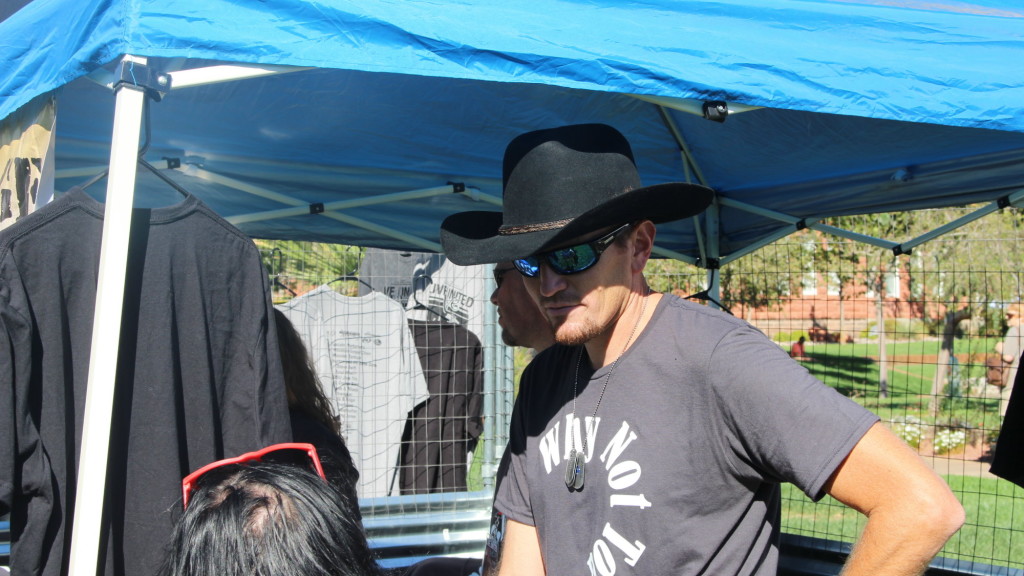 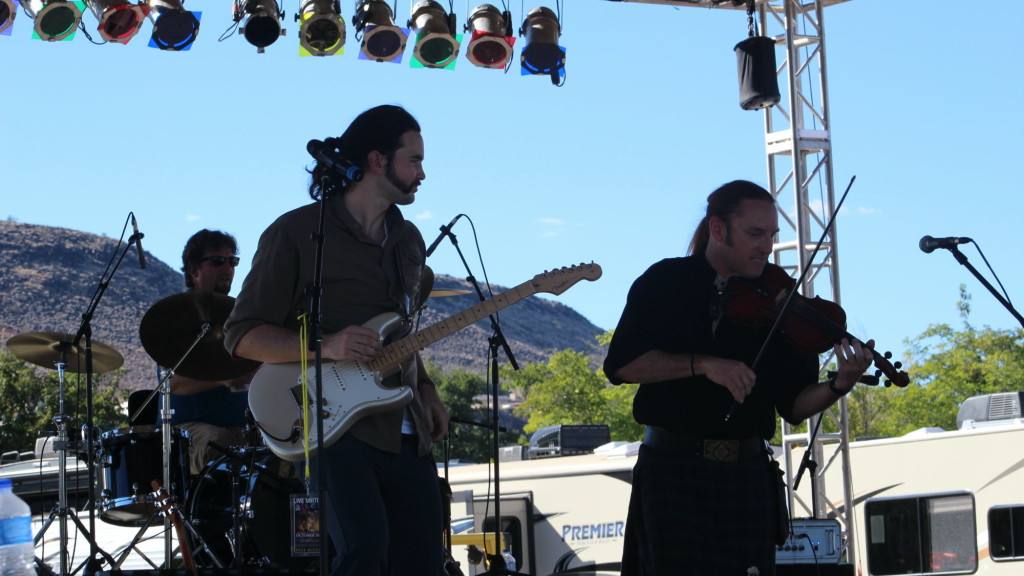 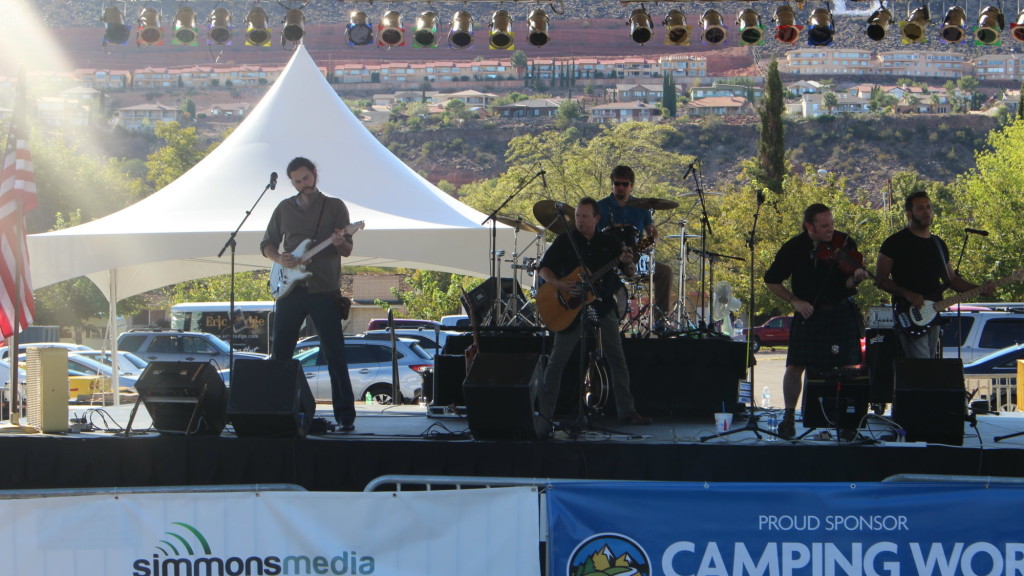 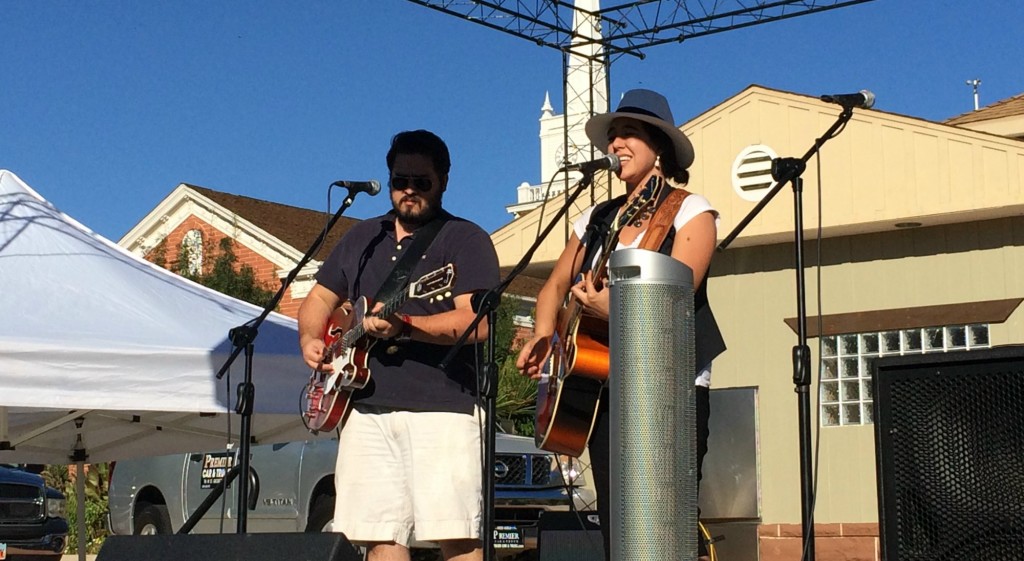 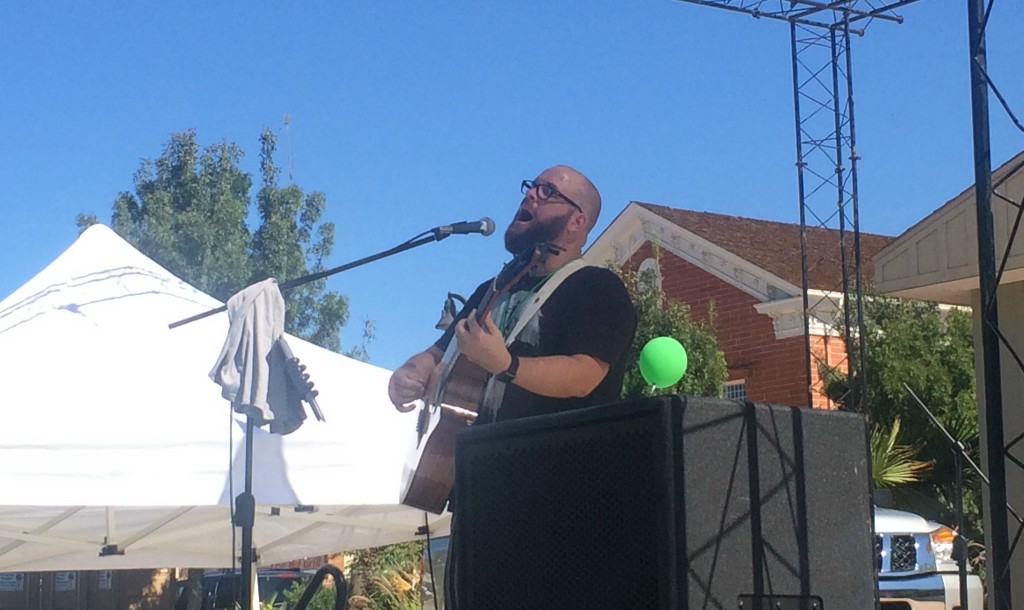