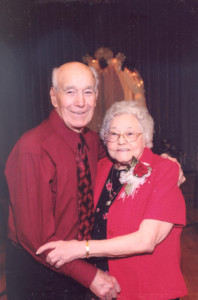 William Fay Bundy, 99, passed away peacefully on October 3, 2015, into the loving arms our Heavenly Father and his eternal companion Eliza Nelson Bundy. Bill was born on February 12, 1916, in Kaolin, Nevada, (now underwater at Lake Mead) to James and Chloe Van Leuven.

The family later moved to Mount Trumball, Arizona, where he was raised. He spent his early years sheep herding and ranching. He also attended school there, completing the 8th grade, and graduated at Dixie Academy/Dixie High School in 1937.

That same year, he met his eternal sweetheart Eliza Nelson. They were planning to marry, but Bill received a call to serve a mission to Samoa, Hawaii, in October 1938. They continued corresponding with each other until his return in May of 1941. They were married June 7, 1941.

Bill had many jobs throughout his life. He was best known for his plaster and stucco skills, co-founding a very successful business in which he was very proud that all his six living sons were able to work with him. He also served in many church callings and was a faithful member of The Church of Jesus Christ of Latter-day Saints. Bill and Eliza raised 10 children and were very proud of their accomplishments. 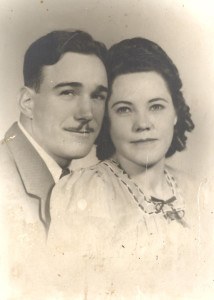 He is preceded in death by his wife Eliza; sons Keith and Lincoln; his parents; and 12 siblings. He is survived by his sister Nathella Wood of Hurricane; his brother Atwood Bundy of St. George; his six sons and three daughters Darell (JR.)(Marilyn) of 29 Palms, California, Lloyd (Odillia), Brad (Kathy), Jim (Norma), Boyd (Dawn), Faye (Ken) House, Darla Bundy, all of St. George, and Sherri Shakespeare of Milford; 50 grandchildren; 108 great-grandchildren; and six great-great-grandchildren.