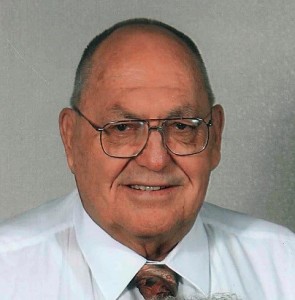 Royce A. Bills passed away peacefully in his St. George, home on Friday, September 18, 2015. He was a beloved husband, father, grandfather, friend and faithful member of the LDS Church.

Royce was born in Meeker, Colorado, on December 14, 1937 to Gilbert and Florence Ottosen Bills. Soon after, his family relocated to Evanston, Wyoming, where his father worked as a funeral director. Royce met his eternal companion Lorie during high school in Evanston and, after graduation, attended BYU.

He served a mission to the Eastern States Mission. On March 11, 1960, Royce was married and sealed to Loris Ball in the Salt Lake LDS Temple. They then moved to San Francisco, California, where he graduated school and returned to follow in his father’s footsteps as a funeral director in Evanston. Royce and Lorie were blessed with six children while in Evanston.

In 1977, Royce changed careers and they moved to Taylorsville, Utah. Royce built many buildings in the downtown Salt Lake City area and was able to help remodel the Salt Lake LDS Temple. They were blessed with another child while in Taylorsville. Royce continued his career in Henderson, Nevada, where they lived for six years before arriving in St George Utah in 1994, where they currently reside.

Royce held many civic and religious positions over the years. Some of his most memorable were as fire captain, county coroner, scout master, bishop and many others. Royce loved to meet people and would soon find a connection with most everyone he met.

Arrangements have been entrusted to the care of Metcalf Mortuary, 435-673-4221. Please visit the Metcalf Mortuary website at for condolences, complete obituary and funeral listings.

Relationship Connection: Should I be jealous of my husband’s relationship with his sister?