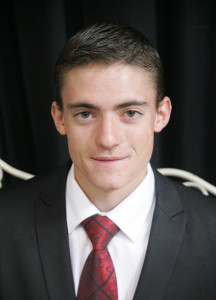 Brian was raised in Centennial Park, Arizona, and graduated with the Centennial Park Academy Class of 2012. After spending approximately three years as a plumber’s apprentice, he recently moved to Washington City to explore the world of stock investing and internet marketing entrepreneurship in partnership with his father.

His passions included gaming, sports and being out in nature. Some of his best memories were of family vacations and camping trips. He could be quite competitive and excelled at everything he did. Brian was quiet, humble, a very deep thinker and had no use for conflict.

He was very close with everyone in his class and was unintentionally known to be a ladies’ man. Being an encouragement to others was one of his greatest strengths, and he always had a way of connecting with people. Brian always knew just what to say (funny or serious) and was skilled in the art of winning friends and influencing people. He was intensely loved by all his family, friends, teachers and co-workers.

He is survived by his parents and family members: Mark, Anna, Quinette, Vilate, Gladys (Sterling) Steed, Louise (Patrick) Dockstader, Megan, Mark Anthony, Vivian, Albert and Sean. He is preceded in death by many family members (grandparents, uncles and cousins), whom we know will take care of him.

“I love to be alone. I never found the companion that was so companionable as solitude.” ~Henry David Thoreau