The film depicts a pedophile in the guise of a prophet, detailing what became essentially a religious pyramid scheme under Jeffs’ rule, with Jeffs at the top of the heap and wives, children and golden tickets to heaven serving as the currency rewarded to his most elite followers for devoting their lives, loyalty, money and even their young daughters to the man they revered as God’s mouthpiece.

“We are told and raised our whole lives that our only connection to God is through our one true prophet,” former FLDS member Sarah Jeffs Draper said during a panel discussion after the film screening.

Draper added that FLDS followers are indoctrinated to believe they will be destroyed by God if they aren’t completely obedient to their priesthood leaders. It’s this fear-based devotion, according to interviews shown in “Prophet’s Prey,” that enabled Jeffs to create an empire of wealth and amass a harem of wives whose ages got younger and younger as his rule went on.

Sam Brower, a private investigator and author of the New York Times bestselling book “Prophet’s Prey,” which inspired the film, was in attendance at the screening and its accompanying events, as was Utah Attorney General Sean Reyes.

Though his book became a bestseller, Brower said, the medium of film is a much more powerful tool to educate the public about the atrocities being committed within the FLDS church.

“The fact is, a film will reach millions of people very quickly,” Brower said, “and that’s the whole idea, is awareness – bringing this to as many people as possible so they can see and understand the injustice and some of the horrors that have taken place out there and the need to be proactive about it.”

“When you put a face with an issue, when you put a family with the circumstances, I think (people) can’t help but feel more connected to the problem,” Reyes said, “and, in that, this medium is a wonderful tool to help educate, raise awareness and, hopefully, spur people to action.”

With a running time of 90 minutes, “Prophet’s Prey,” directed by Amy Berg, chronicles Brower’s 10-years-and-counting investigation into the FLDS church.

The film details some of the atrocities committed by Warren Jeffs, including evidence and testimony that he raped members of his own family; sexually assaulted countless children, including young boys; took girls as young as 12 years old to wife; hosted sex sessions with his underage brides while simultaneously talking about God and Jesus Christ; and slipped away during FLDS meetings to pull young children into a bathroom and sexually assault them, then returning to the pulpit immediately afterward to continue preaching to church members.

Allegations are made in the film that Jeffs may have even orchestrated the death of his own father, Rulon Jeffs, so he could officially take over the church’s leadership.

After Rulon Jeffs suffered a stroke, Warren Jeffs essentially became a puppeteer, according to the film, directing his father in what to say and speaking to the church in his father’s stead.

Warren Jeffs began marrying underage girls to his father, according to the film – but what he was really doing was amassing a harem for himself that he could take over when his father died.

During one of his lucid moments, the film says, Rulon Jeffs reportedly pounded his fist on a desk and demanded to know why Warren Jeffs was marrying young girls to him.

Rulon Jeffs was no longer physically capable of impregnating his wives, according to interviews in the film, yet one of his new underage brides became pregnant with twins while he was alive – twins that were unquestionably fathered by Warren Jeffs. This would have been adequate motivation for Rulon Jeffs’ death to be expedited, the film said, so Warren Jeffs’ involvement with his father’s young wife wouldn’t be discovered by his followers.

The power of ‘Prophet’s Prey’

One of the hopes behind “Prophet’s Prey,” Brower said, is that the film will promote public awareness and response.

Government officials have to prioritize limited resources, Reyes said, so when the general public becomes vocal about an issue, it increases the likelihood that steps will be taken at the government level.

“There are so many important issues that a public servant has to deal with,” Reyes said. “When they hear many, many voices prioritize a particular issue, it gets more attention. And if that’s something that Sam’s film can do, I think it will help everyone in the state to make sure that we’re allocating the proper resources.”

In addition to educating and engaging the public, Reyes said, he hopes the film will encourage and empower former FLDS members to come forward and speak out against corruption and crime within the FLDS church.

Hopefully it emboldens people to come forward and help us in law enforcement. We really can’t prosecute cases unless we have the evidence, unless we have witnesses, and that has been probably the greatest stumbling block over the last many decades in potentially prosecuting cases.

We had a valiant witness come forward … that helped put Mr. Jeffs where he is right now. Without that girl, he may still be here.

Brower said he hopes the film will make people angry enough to spur them to action.

For former FLDS member Draper, “Prophet’s Prey” did just that. Draper said seeing the documentary was one of the things that helped give her courage to seek custody of her children after she was exiled from the FLDS community.

“I came to the realization that the only power that held me back was myself,” Draper said.

A common story among disenfranchised FLDS members, Draper was evicted from the church in 2012 and her seven children were put into the care of others and kept within FLDS confines.

“Three years of not hearing their voice, wondering how tall they were,” Draper said.

But in June, with law enforcement at her side, Draper regained custody of the five children who are still minors.

Getting custody of estranged children is only step one on a very long and difficult road for people like Draper, whose kids have been told their exiled parents are evil and are no longer their parents in the eyes of God.

“They don’t respect you. They don’t trust you,” Draper said. “They’ve been told you were a child murderer.”

Ben Thomas, a former FLDS member and one of the interviewees featured in “Prophet’s Prey,” recently embarked on his own child custody battle.

Thomas, who said he once testified in court in support of Warren Jeffs, has eight children still living within the FLDS community, seven of whom are minors. Like many ex-FLDS members whose children are still within the church’s control, Thomas isn’t entirely certain where his kids are being housed.

“I’m pretty sure I know where five of them are,” he said.

It’s become common practice in the FLDS church for siblings to be split up and even shipped off to various church-held properties around the country and outside the country.

For Thomas, Friday marked five days since he has been able to reach his children. He said their phones now go to voicemail every time he tries to call.

“I’ve had many sleepless nights,” he said.

Thomas said “Prophet’s Prey” is very educational in showing the outside world what he and other FLDS people have gone through, and are still going through, under the rule of Warren Jeffs.

“What Warren and Lyle (Jeffs) has done … that was not my religion growing up,” Thomas said.

“That’s probably the hardest part for me,” he added, “what they’ve done to good people.”

An evening in Springdale

Friday’s events included a press conference with Brower and with Attorney General Reyes; a fundraising dinner hosted by Holding Out Help, a nonprofit organization that aids people in leaving the FLDS church; the screening of “Prophet’s Prey” in the outdoor Tanner Amphitheater; and a panel discussion following the film.

Among guests on the moderated panel were Brower, Reyes, Thomas, Draper and Thomas Jeffs, who is the son of Lyle Jeffs. Lyle Jeffs is Warren Jeffs’ brother and currently acts as the FLDS church’s leader in Warren Jeffs’ stead.

“Dad would do anything Warren told him to do. Anything,” Thomas Jeffs said.

“When you have a problem like this,” Brower said, “you have to cut off the head of the snake, and right now that’s Lyle Jeffs.”

Questions directed at the panel members were diverse, covering topics from “seedbearers” (the group of FLDS men designated to impregnate women in the church) to allegations of misconduct by court-appointed overseers of the United Effort Plan Trust and corruption within the Hildale-Colorado City Marshal’s Office.

A second DOCUTAH screening of “Prophet’s Prey” will take place Saturday at 1:15 p.m. on the Dixie State University campus in St. George.

The second screening, originally scheduled to be shown in the Eccles Fine Arts Center at DSU, has been moved to a larger venue to accommodate ticket sales, DOCUTAH Executive Director Phil Tuckett said. The film will now be shown in the Cox Auditorium, 225 S. 700 East in St. George.

Tickets for Saturday’s screening are still available and can be purchased at the Eccles Fine Arts Center ticket office prior to the screening. 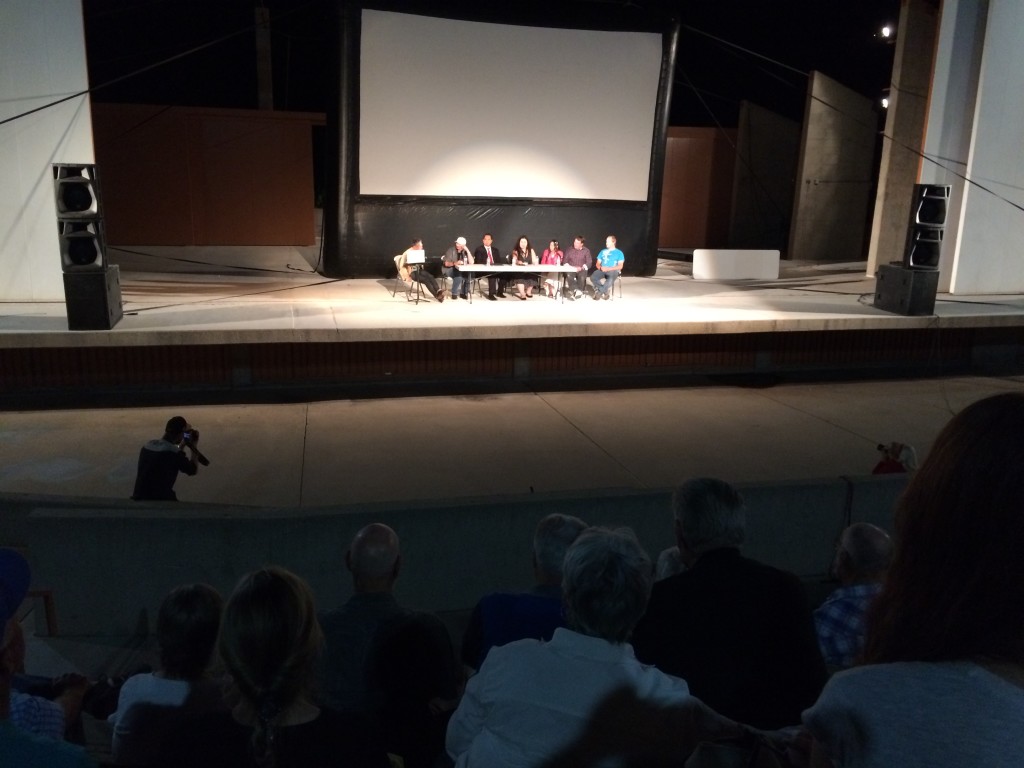 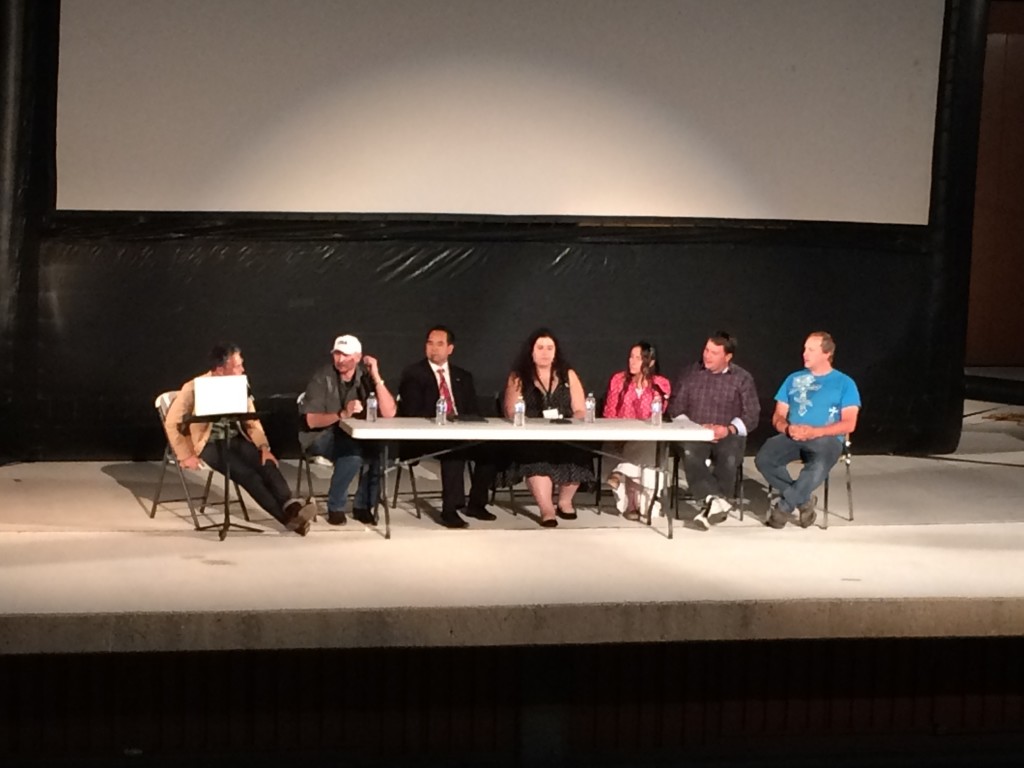 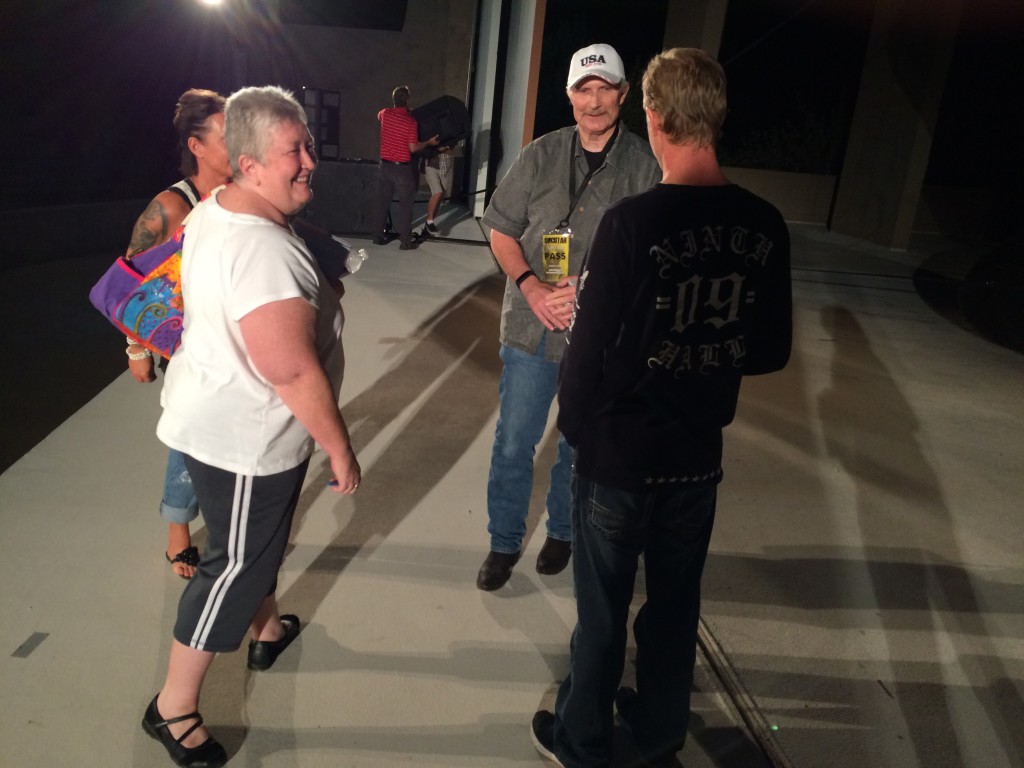 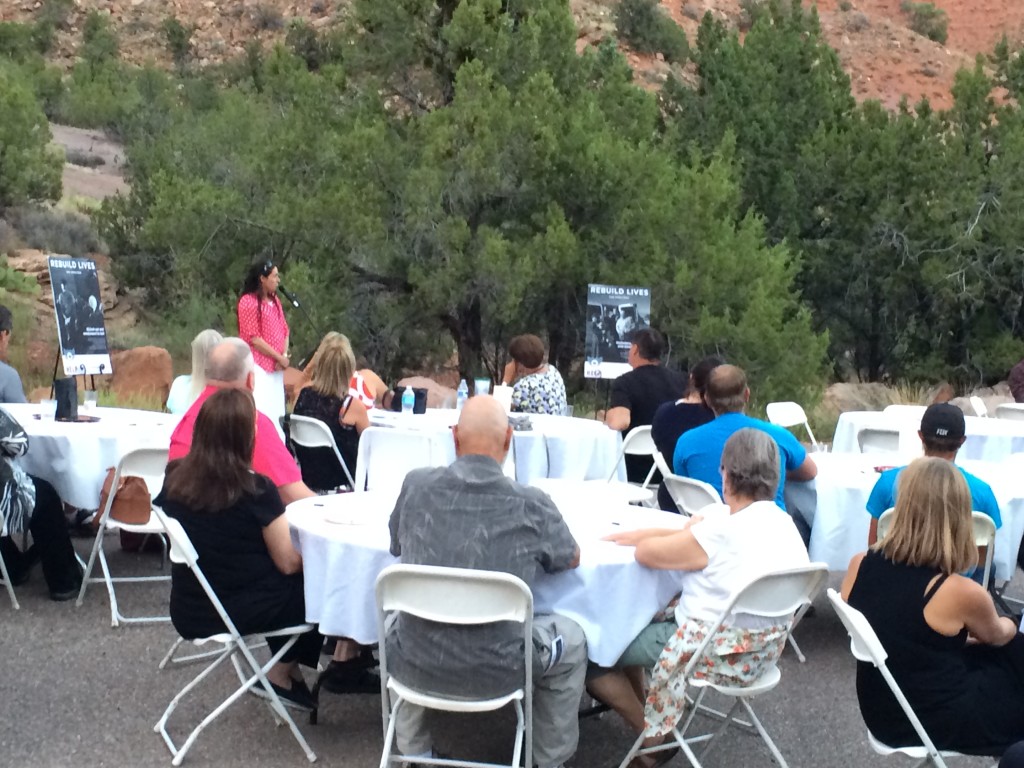 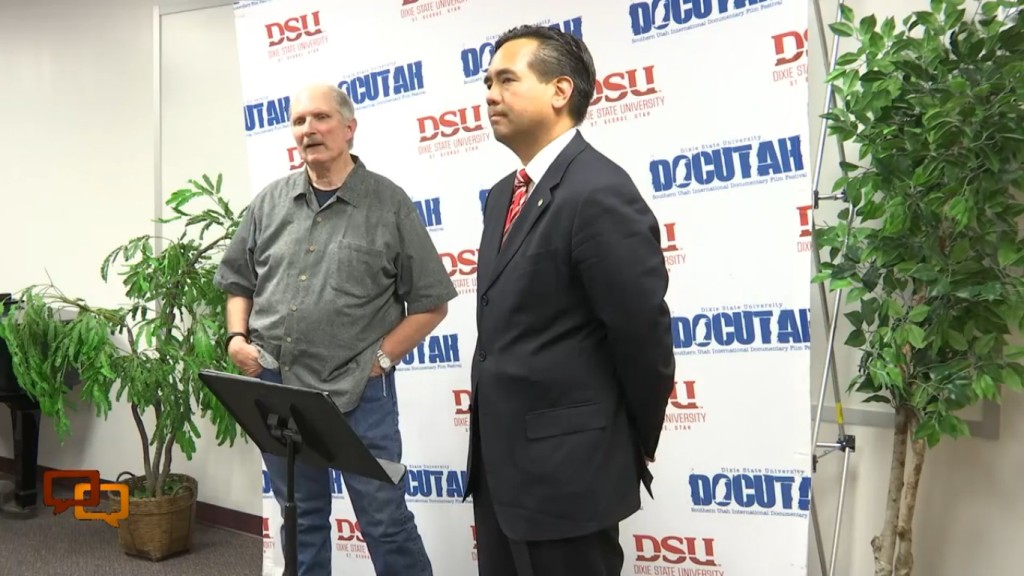 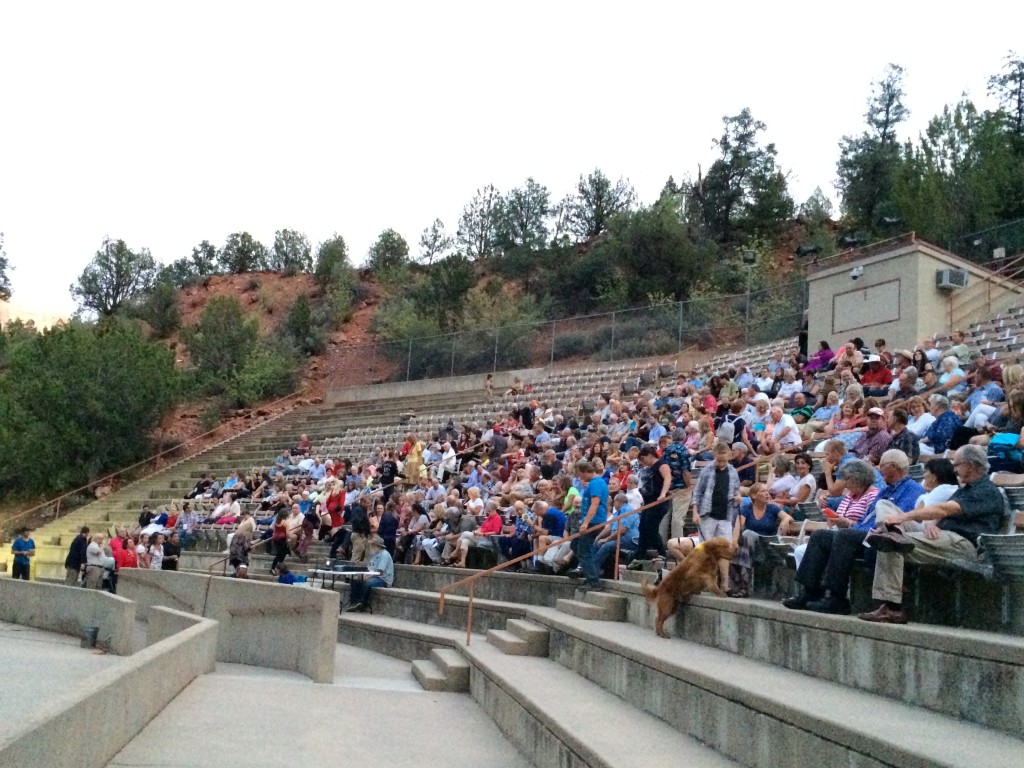 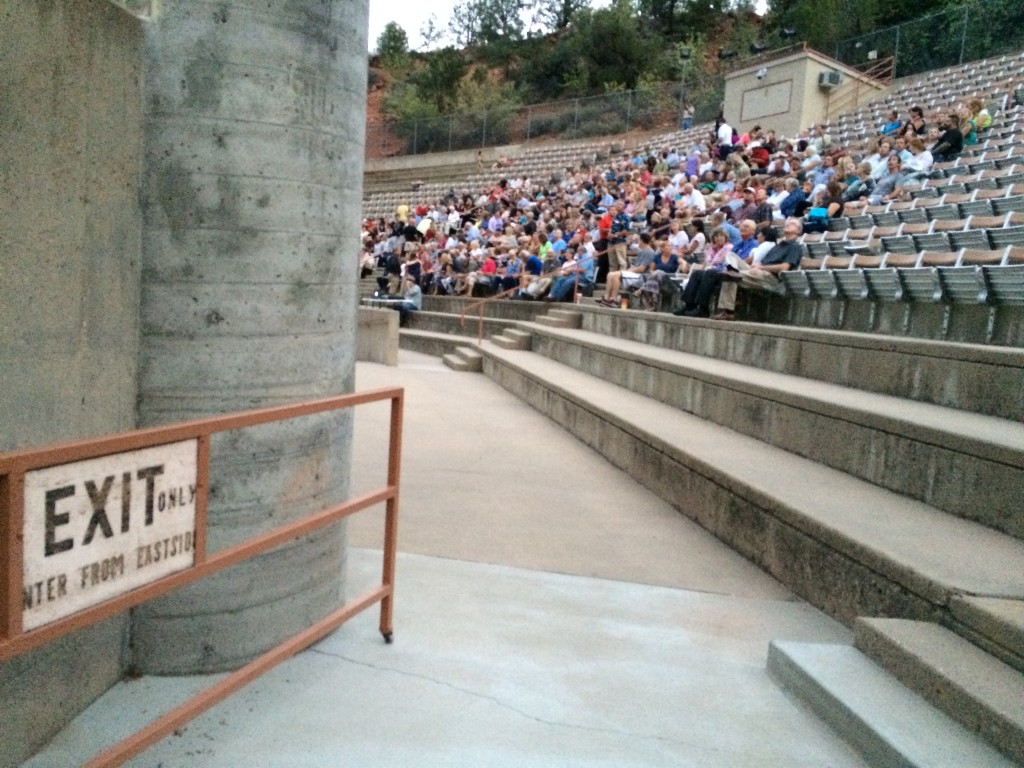 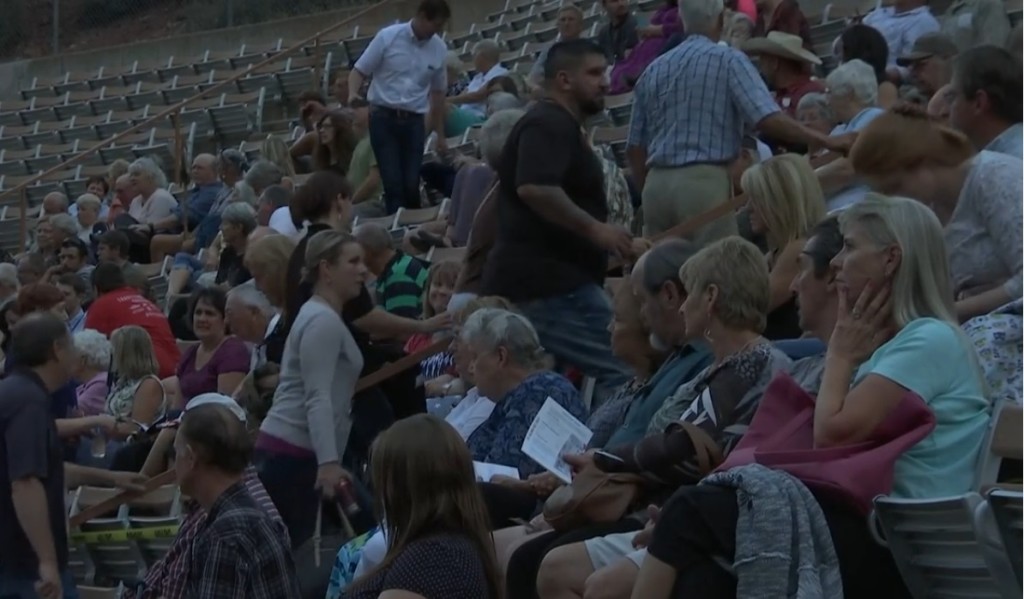 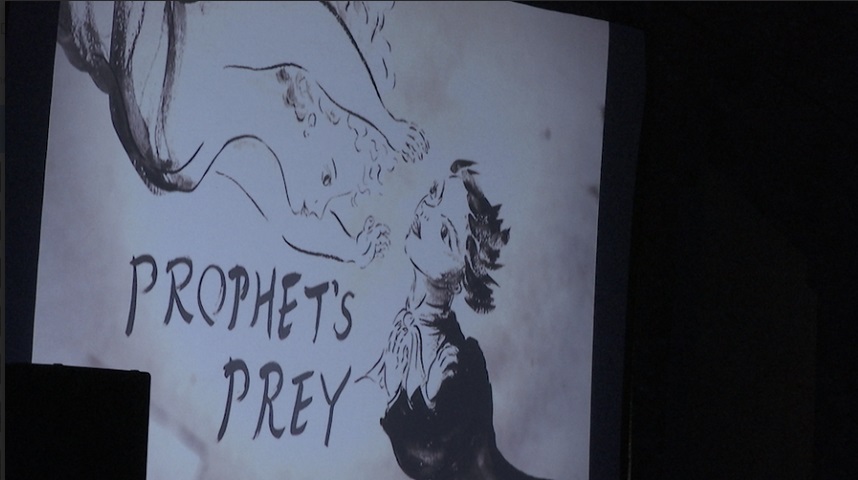