COMMENTARY — After last week’s upset of BYU beating Nebraska at home, giving the Cornhuskers their first home-opening loss in over 29 years, and Utah beating Jim Harbaugh’s Michigan team at home, I would say my prediction last week “about smelling a couple upsets for the Utah teams” was spot on.

OK, these are not the Nebraska and Michigan powerhouse teams of the past, they are still great programs from the Midwest. BYU again showed all doubters that they will compete with Power 5 programs and it’s another step in the right direction for a program that always has its back up against a wall.

As a former offensive and defensive lineman, I truly know where the game of football is won or lost and that is in the trenches (the line). It’s about giving the QB time to get the ball to the receiver and opening holes for the running game. It’s about getting push up front and pressuring the opposing quarterback. It’s about hitting the opposing running backs before they can get rolling.

When you put last Saturday’s glamorous ESPN Top 10 play of the week stuff aside, I did see BYU win the game on the line. And for the first time in years, I am truly excited for how BYU played on both the offensive and defensive line. Nebraska is truly talented and they have not had time to implement both their new offense and defense and BYU exposed that.

With all that said, though, I have to highlight a stand-out in my eyes from BYU that needs no introduction at this point. Tanner Mangum did something that most freshman Division 1 quarterbacks could only dream of doing. Tanner stepped in to a huge game at different points, cold from watching off the bench, and took the game head on.

As kids growing up playing sports, everyone dreams of hitting the game-winning grand slam in the ninth, sinking a game-winning 3-pointer to win a championship or throwing the game-winning Hail Mary to save the game. Obviously, this famous Tanner Mangum Hail Mary pass and Mitch Mathews catch will go down as one of the biggest plays in BYU history. For a true freshman that was on an LDS mission just a few months ago, throwing that bomber touchdown was truly remarkable. It was only one play out of the entire game but I am sure that not too many people around the country missed it. It was the best introduction to the world of college football a guy could dream of. 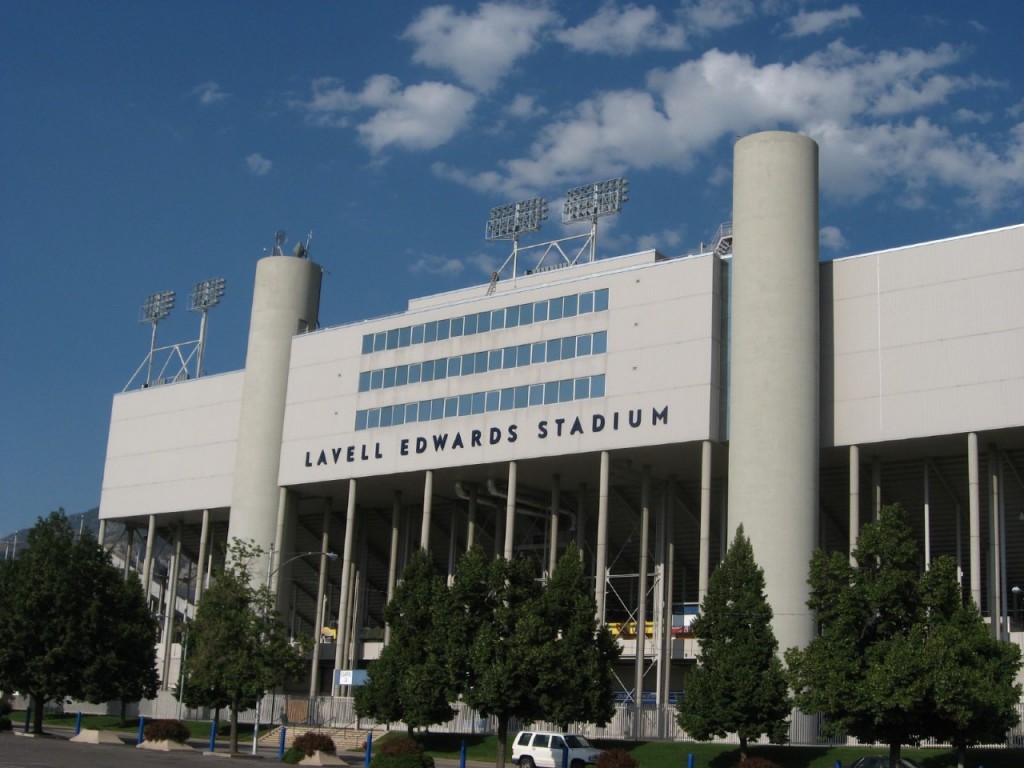 The Cougars home-opener this weekend will have more meaningful purpose than in any recent years. Nationally-ranked Boise State (No. 20) is coming in to LaVell Edwards Stadium Saturday night and this new found rivalry is starting to really heat up each and every year. Boise State has been and will be on the schedule for many more years to come, so the fact that BYU is down (1-4) in the win/loss column between the two gives reason enough for BYU to take this as a must-win at home. Whichever team wins this week will still have hope of climbing in the rankings and adding a great win to their year.

Boise State just beat a solid Pac 12 team, Washington, at home last week 16-13. The Broncos jumped out early with a 16-0 halftime lead, but barely held on.

Both of these teams play each year for any and all national recognition that they can get in hopes of winning the recruiting battles and getting to bowl games. Boise State plays in the Mountain West Conference, so they have that title to shoot for as well, but as one of the original BCS busters they definitely have higher standards, having tasted wins at that level in recent history.

College football insiders are referring to this game as the battle for No. 1 in the underdogs poll, and that is exactly how I see this game. Both of these teams are solid and have so much to gain and lose by playing each other this Saturday.

The Cougars built some national momentum with that epic win against Nebraska and the ensuing ESPN publicity. But all that will go away if Mangum and his teammates can’t get a win at home against Boise.

On the other hand, a victory against the Broncos will likely propel BYU into the Top 25.

Blue Blood is a sports column written by former Cougar lineman Scott Young. The opinions expressed are not necessarily those of St. George News.